What about this, a piece of British kitchen sink that continues the spirit of Bill Douglas and Terence Davies, without leaning on the crutch of miserablism or heavy-handed political metaphor. Ray & Liz does go to some difficult, dark places, but with a sense of humour, a generous spirit, and a dedication to recapturing the memories of youth. This is photographer Richard Billingham’s reminiscence of childhood in the Black Country, in the West Midlands. Two notable, heartrending stories tied together by present day Ray, who sits around his bedroom drinking himself to death while a neighbour provides him with homebrews. He thinks back to his ’80s home life with his wife Liz, raising kids while sinking into poverty. 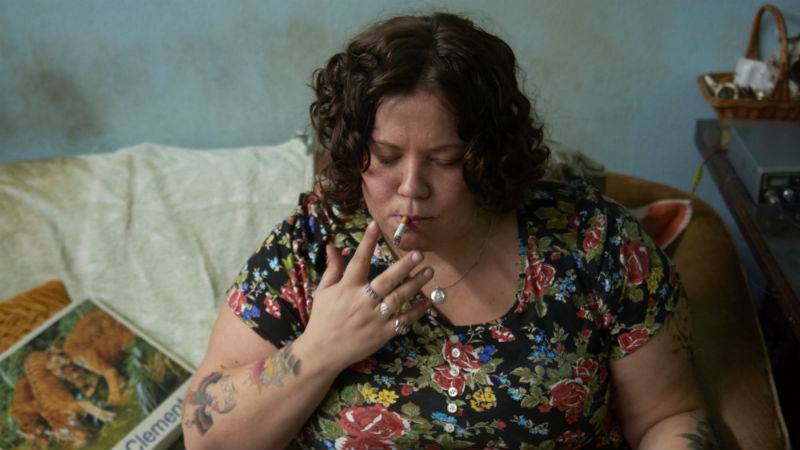 But the first story barely features Ray and Liz at all. It’s mostly a two-hander between the amazing British character actor Tony Way as Ray’s simple but sweet brother, charged with looking after the kids, and Sam Gittins as a nihilistic punk who has other ideas. It’s a dynamic straight out of the great Mike Leigh’s Meantime (1984), Gittins channelling one of Gary Oldman’s breakthrough performances.

As played by Ella Smith, Liz is a sensational character, a force of nature who dominates every scene she’s in and whose presence hangs over the film when she’s offscreen. With a flick of the wrist or a well-timed wince, everything that’s going on inside her head comes across, Billingham’s tight photography capturing the air sucking out of a room. Often when a photographer turns to movies, the results can feel somewhat airless, but the style of Billingham’s work is part sitcom, part art-house, all coming together into a complete vision.

The result is the feeling of being told stories second-hand. It’s when you’re visiting an old family member and they tell you about what their cousin used to up to. It’s when you dig through the loft and find a shoebox full of old toys. Because when someone tells you about their past, the rarely contextualise it in a political era. They are far more likely to tell you about specific faces, places, and things. And that’s what Gillingham does. Bad art adorns the walls of this flat. Liz clearly loves pictures of animals, they’re all over her mugs, they’re the jigsaw puzzles she struggles with. This art provides a counterpoint to the events on screen, with effective cuts from a nosebleed to a painting of a caveman poking his own nose. It’s as though the room is speaking to the characters. 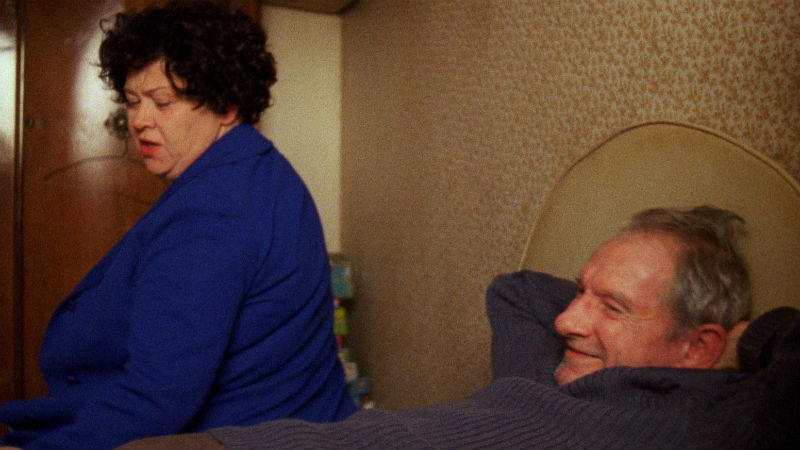 By packing so much detail into these memories, Ray & Liz manages to avoid the cliches of the genre. There are no clips of Thatcher on television or mention of the mines closing to set the scene. We don’t need it. Garish ’70s carpets, a cooker black with dust, even a squashed kitchen roll instead tell the viewer the entire socio-economic situation of the characters. In the final third of the film, the characters do come into more direct contact with the system, but it’s not trying to raise eyebrows or stir tweets in the way that recent Ken Loach tends to. It’s Billingham’s story, and the realities of that aren’t turned into melodrama or sermon. And it feels all the more like a remarkable depiction of Britain for it.

Ray & Liz showed at the International Film Festival Rotterdam, when this piece was originally written. On UK cinemas on March 8th. On VoD on Monday, July 8th.

Is this the Irish Daniel Blake? Young mum-of-four faces poverty and homelessness in a Dublin that has little time for those caught on the wrong end of the capitalist system - in cinemas Friday, March 8th [Read More...]