"Filthy genius movie"
Ken Loach's realistic classic from 1967 rescues the discreet charm of the British working class and portrays the nation in all of its insular magnificence - on BritBox on Thursday, June 9th

Britain was a very different place in 1967: just watch this masterpiece of working-class realism and you will see it for yourself. The living conditions were squalid, there was hardly any cultural diversity, the job market was scarce and – as a consequence – many opted for a criminal trade. This is a very powerful reminder of working-class life five decades ago.

This is not to say that everything has changed since then. In reality, some aspects of life remain mostly unaltered. Blackpool is still a working-class paradise; people are still infatuated with celebrity allure and high life, and young women still dream of being in the cover of a magazine, or to be an object of desire.

Based on the eponymous novel by Nell Dunn, Ken Loach’s debut drama follows the life of a young working-class mother in all of her traumas and tribulations. The beautiful Joy (Carol White) is married to Tom (John Bindon), a physically and emotionally abusive criminal who ends up in prison. She is left alone bringing up her son, and soon finds comfort with Tom’s associate Dave (a very cocky, charming any playful Terence Stamp). But he too ends up incarcerated, and Joy is once again left to fend for herself. She has to work in a pub, to do erotic modelling and to engage with richer boyfriends in order to make ends meet. 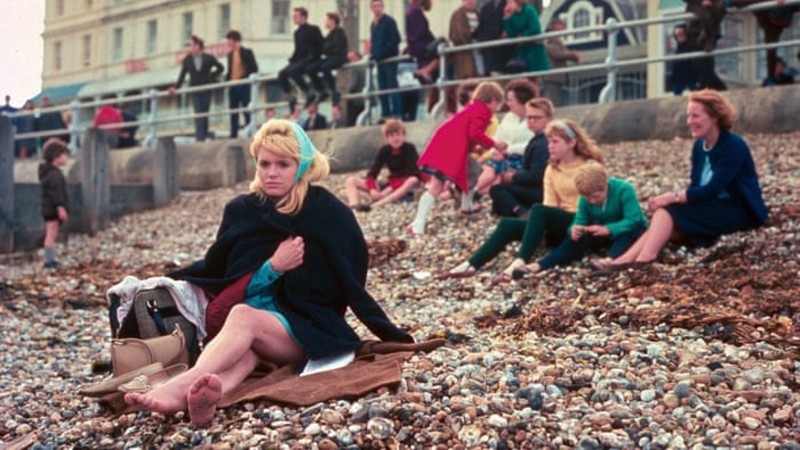 Poor Cow is a taboo-breaking film for the time, when women rights were a much less prominent issue. The fact that Carol is in full control of her sexuality and could cherry-pick her lovers was very unusual for the time. So was the sexual frankness. Writer Nell Dunn told DMovies that Ken Loach did a tremendous job in adapting her book, despite being a man. She suggested that her book character Joy enjoyed modelling for lewd male photographers and that “if a female filmmaker had made this movie, perhaps this wouldn’t be as much fun”.

The realism of Poor Cow is also remarkable, even for today’s terms. The photographic quality of the film is outstanding, with bright and plush colours of dirty and derelict council flats, which are strangely fascinating. There is also graphic detail: the film opens with a real birth, with vagina and labia fully exposed; there is also child nudity and cigarettes almost invariably glued to the mouths of some characters – modern audiences will cringe. Yet the film is touching and captivating, as Loach successfully rescues the discreet charm of the English working class.

Poor Cow was relaunched in UK cinemas in June 2016, the day after the Brexit referendum (when this piece was originally written). It’s on BritBox on Thursday, June 9th (2022):