"Filthy genius movie"
Is this the Irish Daniel Blake? Young mum-of-four faces poverty and homelessness in a Dublin that has little time for those caught on the wrong end of the capitalist system - in cinemas Friday, March 8th

Rosie Davis’s only fault is that she and her partner, John Paul, can’t afford to stay in their house. The landlord wants to upgrade the property and let it out at a higher rent. Indeed, Rosie and John Paul find it difficult with their four children to afford alternative accommodation around the bleak suburbs of Dublin where they live.

This film records 48 hours in Rosie and her children’s life as she hauls them around Dublin in her modest car, desperately trying to find accommodation for the night in a hotel, trying, if she has got the time, to find a new home, look after the children, dropping them off and collecting them from school, pretending all the while that she is just in between addresses and coping fine. John Paul is busy working in a restaurant earning money for the family and joining them in the evening wherever Rosie has managed to find a place. 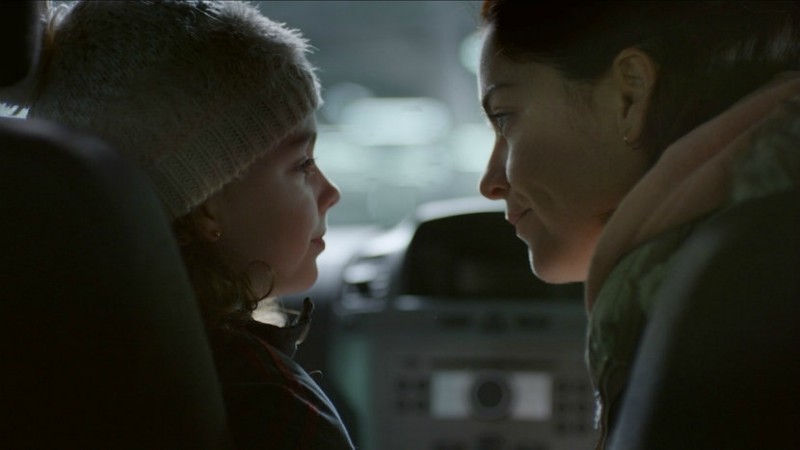 This is cinema verité at its best. With a razor-sharp accurate screenplay by Roddy Doyle you almost feel that you are in Rosie’s car with the family. In the damp, chilly climate of Ireland, the windows steam up in the car and the children draw pictures on it and you can almost feel the chill and the damp and the brave despair of the family as they trudge around Dublin. The minutiae of childcare, the dropping of a toy, the children suddenly needing the toilet, rescuing “Peachy”, a favourite toy from the car, Alfie bouncing on a hotel bed or playing with his toy cars in a hotel corridor, all are faithfully recorded while Rosie has somehow got to negotiate the family’s future on her mobile.

Millie, the second daughter, is called “Smelly Millie” by the other girls at school because she hasn’t had a fresh change of clothing. Rosie must quickly attend to that. The eldest daughter Kayleigh decides to have a sleepover with a friend from school but fails to tell Rosie provoking a panic that she has gone missing and causing John Paul to leave work to his boss’s annoyance.

They go back briefly to their old home where Alfie discovers that their old trampoline is still standing in the back garden and proceeds to bounce joyfully on it. Rosie must drag him struggling from it in a poignant scene that underlines how much the family has lost. The family find a place in a hotel on the first night but, with all the distractions on the second day, fail to do so on the second night. They end up spending a miserable night in the car within sight of their old home, with John Paul sleeping outside so that the children can settle. 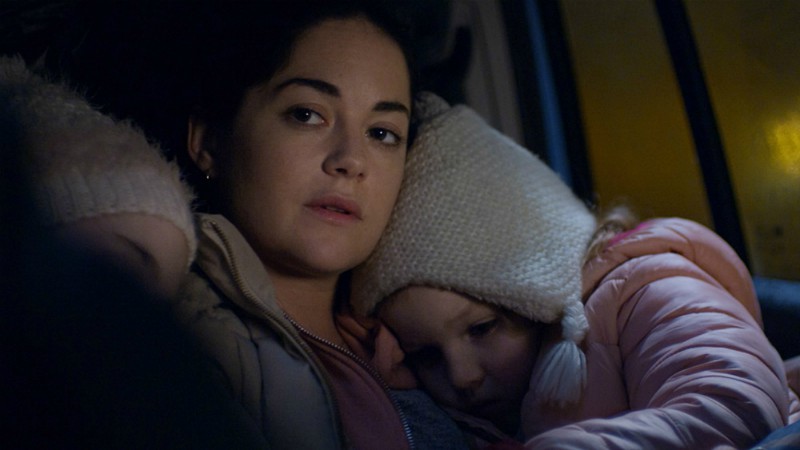 This is bang up-to-date modern Ireland. Rosie and John Paul are unmarried partners just like their English counterparts. There is not a nun or priest in sight. No Irish eyes are smiling. There is no “craic” (fun) in the pub. This is more the world of Angela’s Ashes (by Frank McCourt) and the dark side of the Celtic Tiger, which is definitely not roaring. Behind Rosie, which increases her desperation, is the fact that in a country, which had been so dispossessed by others, the dispossessed are nevertheless not respected and, if you are suspected of falling below a certain line of respectability, you are ruthlessly marginalised. The history of Irish orphanages, homes for single mothers, attitudes toward travellers and street people bear witness to that. This is why Millie must not be smelly. The family risks being outcasts.

This is brave and compassionate cinema, produced by RTE, Ireland’s public broadcasting corporation. It has an excellent cast and is well up to the accurate standards of Roddy Doyle. This film won’t have them queuing round the block. It is not entertainment, but it deserves to be seen for its compassion, its depiction of real life and how horrible it is to be caught on the wrong end of the capitalist system.

Rosie is out in cinemas across the UK on Friday, March 8th.