"Filthy genius movie"
British film about Cornish fishermen fending off gentrification isn't just the best film made about Brexit, it's a feat of craftsmanship - now available on Digital

This is one of the best, most distinctive, and formally stimulating films at Berlinale, while also a fully accessible, funny movie that draws unbearable tension out of pulling pints and nodding heads. Bait takes place in the height of Summer, though you wouldn’t know it from the murky black and white cinematography. As a Cornish fishing village is swamped by tourists tensions are on the rise after a rich city family has bought up a street’s worth of property and turned them into Airbnbs.

Like a modern-day A Day in the Country (Jean Renoir, 1936), Bait observes the tension between rural and city folk and sees the darkness that misunderstanding can lead to. Edward Rowe’s increasingly desperate fisherman takes us along with him, as he lives hand to mouth and dreams of buying a boat to improve his catch. The tourists he was forced to sell his family home to, who repeatedly refer to themselves as a part of the community, keep trying to make his life even harder, though of course its all within their legal rights.

Bait is also great Brexit movie. But that’s not to say that it’s a single issue movie. This film will still be relevant long after we’ve got our blue passports, because these are battles that have always taken place, probably always will. But the way Jenkin relates past and present, generational and class divide, allows the film to take on mythic qualities. 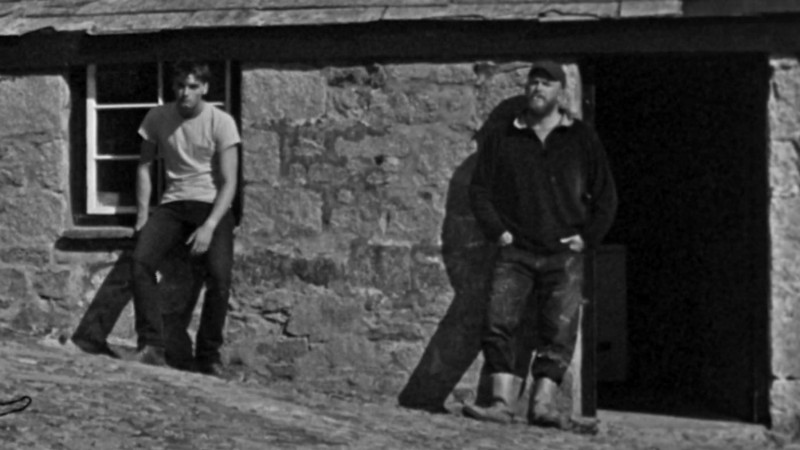 That is motivated in part by the extraordinary formalism of the film, which features sustained use of extreme close-ups and rapid-fire editing. Rarely does a shot last more than 6 seconds. So when it does, you feel the stretch of time and movement across the frame. It controls you with that rhythm, toys with your heartbeat. Every cut manages to extend time by sort of starting again, a Bressonian method of separating people. Restricting perspective in this case actually spreads it, we see the community in snatches, views of the village through open doors or window panes. We hear things that we don’t see. This forces us to complete the village, to fill in the gaps.

One bravura moment has two conversations occur simultaneously, with each cut to a different face as the actor says their line. It almost moves too fast to follow, this constant dislocation between faces pushes you into the harsh anxiety within the pub, as you try to catch up on one conversation while falling behind on another. It’s a radical moment of sound design, I feel like I witnessed something akin to when M*A*S*H (Robert Altman, 1970)premiered, and audiences complained about its non-intelligibility. But this is almost the inverse of Altman’s maximalism, where the cacophony is achieved by stripping away elements from the scene.

This tableau approach to the framing of each shot means that the characters become figural, expressions of their status within the town, and the larger social class system. But within that, the actors give such spirited performances that mere gestures count for everything. When Simon Shepherd’s uber-Tory pulls a flat face at our fisherman to shut him down, his pout and sagging jowls belie an entire personality, an entire class of person who will keep on taking what they believe should be theirs. 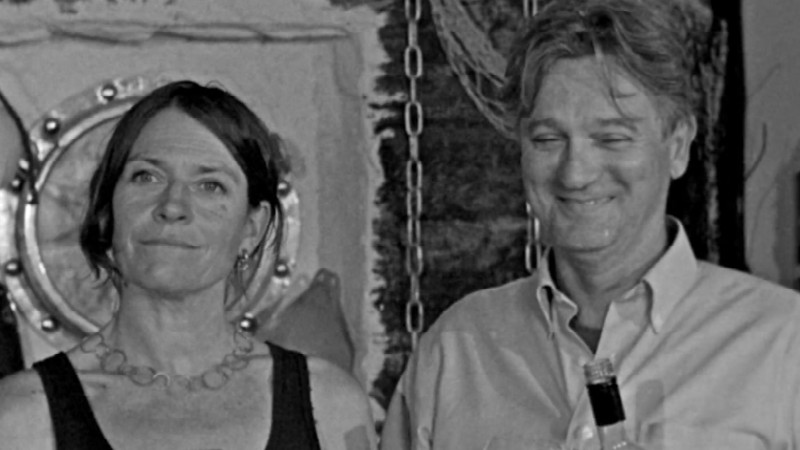 Jenkin also uses this approach to turn his faces into the folkloric. The local pub is covered in statues of British insignia – so people look at the bust of Queen Victoria bust as though it’s a person, and Jenkin treats it as though that is the case. It’s a pub crowded with faces, British portraits in shadow, macabre and demonic, like faces in a Welles film.

Bait is real tactile cinema. The 16mm grain, the scratches and the flickers of light draw our relationship to these spaces. And those objects, which our characters have lived with all their lives and are seeing reappropriated for the sake of a holiday, become increasingly important to the film’s escalating sense of dread. When this film makes it into cinemas, it needs to be seen. Because nothing else coming out of Britain right now has the same rage or daring as this.

Bait premiered at the Berlinale in February, when this piece was originally written. It’s out in cinemas across the UK on Friday, August 30th. Available on BFI Player from January 2020.