We have already seen Keira Knightley in The Duchess (Raul Dibb, 2008) astutely depicting the real-life Duchess of Devonshire, who, in the 18th century had to struggle with and failed to escape the tutelage of her ghastly husband. Here the tale is happier. Originally coming as an innocent country girl from Burgundy on marrying Henri Gauthier-Villars, the titular protagonist arrives in the Paris of the Belle Époque and is expected to ghost her husband’s novels, which are published under his pen-name of “Willy”.

These books are entitled Claudine, and in truth they are Colette’s semi-biographical writings. No acknowledgement is made of her contribution. The first book Claudine at School is so well written that it immediately becomes a runaway bestseller. Her husband is played with convincing obtuseness by Dominic West. He believes that his wife is somehow his property and even locks her in a room, expecting her to get on with her writing. This topic will ring bells with those who recently saw The Wife (Bjorn Runge, 2018), starring Glenn Close. 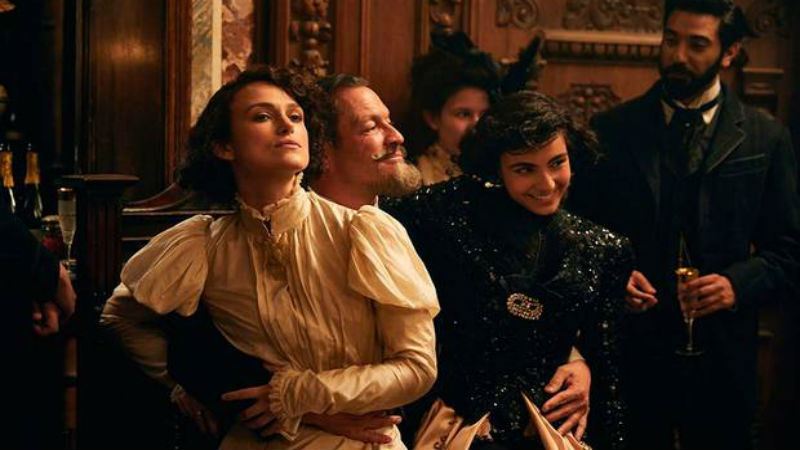 Claudine eventually becomes a brand. Girls go around in France dressed like Claudine with bobbed hair, a white collar and schoolboy like black uniform. Meanwhile Willy is making a lot of money – or rather not – as he keeps spending it on all sorts of things and wasting it on mistresses. Colette is expected to put up with all this, but she doesn’t. Into her life comes Missy, skilfully played by Denise Gough, and they start a lesbian relationship. Eventually, she breaks free of Willy and leads her own successful life as one of France’s leading authors.

In addition to being a ghostwriter, Colette eventually becomes a burlesque dancer. She performs highly risqué lesbian acts with Missy at the Moulin Rouge, with her Willy as her business partner. He is not too concerned about his wife’s sexuality. Willy’s big problem is that in presenting shows featuring lesbianism and trying to make money out of it, he reinforces the sexual stereotypes that oppress his wife and other women, while she is liberating herself with calm self-assurance.

So far so very satisfactory and so very gender-bending but what makes this film so moving is Keira Knightley. She quietly grows from an innocent country girl to a calm, self-confident woman making her own decisions on her own terms without any reference to what others think. She slips into bed with other women (both Missy and an American lover) because it suits her, not because she has adopted a Lesbian identity. 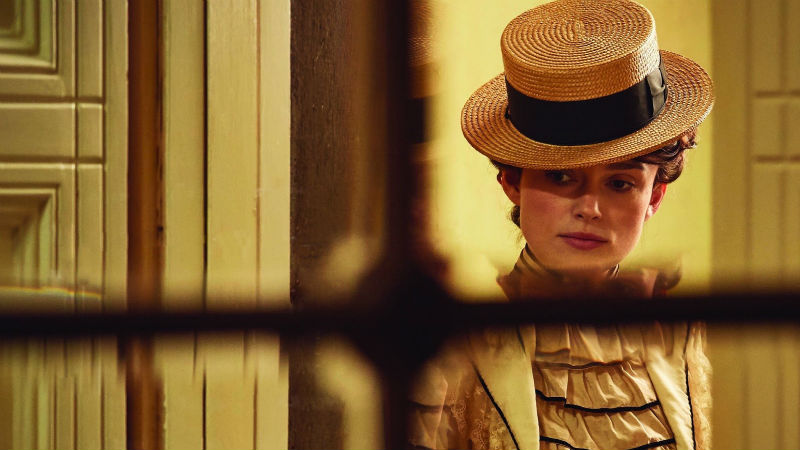 The Belle Époque is extensively depicted throughout the film. This is the Paris of the Moulin Rouge, the cancan, the frou-frou skirts, Toulouse Lautrec and elegant gentlemen in morning suits and top hats. It is the world that Marcel Proust knew. That will attract people in its own right. But there is also a dark side of the Belle Époque: the constant availability of women to satisfy male desire, the hard work of entertaining, the constant dependence on the rich, privileged male.

This is an exquisitely crafted film, and the research has been done properly. Everything from wash basins, to exercise books, the cut of women’s clothes, the dark, wooden, heavy furniture, wall paper and lighting seems right. Colette is definitely worth a trip to the theatre. It’s both delightful to watch and also a mature tribute to feminism.

Colette is in cinemas across the UK from Wednesday, January 9th. On VoD on Monday, May 13th.

I am what the Germans call an “Augenmensch” (an eye person). I love spectacle and what can ...

A dazzling Glenn Close shines in movie about ghost writing wife and the nature of creative writing; sadly the film is lacklustre in almost every other aspect - now available on VoD [Read More...]