"Dirty gem"
Compelling French drama investigates the role of women safeguarding the family and the home during WW1, as well as the tough and "unjust" decisions that they have to make - available now on VoD

This is a film about females. Quiet female warriors. The unsung heroes of war. Those who never took arms and yet played an instrumental role in keeping the family and the country together. The country in question is France. The conflict is WW1, which celebrates its 100th armistice anniversary in a few months, on November 11th. The original film title (in French) Les Gardiennes emphasises that this is indeed a film about women, but the gender distinction simply doesn’t exist in English (“The Female Guardians” would sounds rather cumbersome).

Inspired by prize-winning French author Ernest Pérochon’s 1924 eponymous novel and marketed as “an affecting human drama of love, loss and resilience against the backdrop of WW1”, The Guardians portrays the women of the Paradier farm. They are under the purview of the elderly, affable and yet strict family matriarch Hortense (Nathalie Bayer). She is in charge of the farm while her two sons are sent off to the battlefield. She grudgingly hires an adolescent orphan called Francine (Iris Bry) in order to help out her daughter Solange (Laura Smet) with the rural errands. 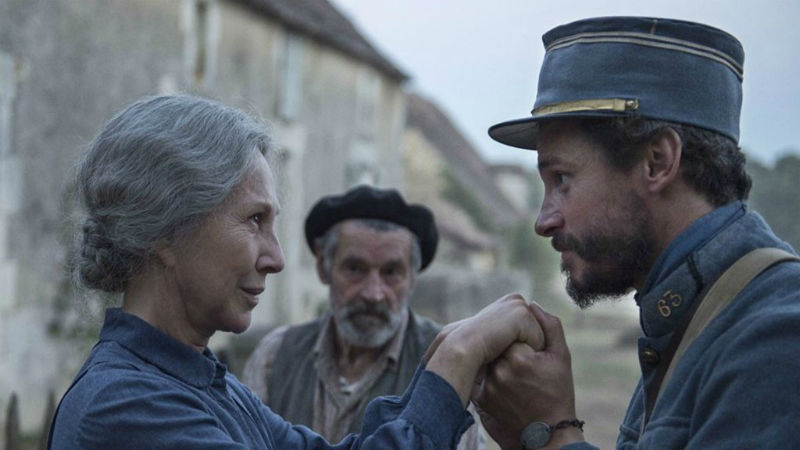 Francine is charming and hard-working, and she begins an affair with Hortense’s son Georges (Cyril Descours) shortly before he’s sent off to fight. The problem is that Georges is already committed to a childhood sweetheart, and this new romance could compromise the stability of the household. Hortense might have to interfere and to make some very tough decisions. The senior female has to “safeguard” the nuclear family, and this could have unjust repercussions for others. In fact, the word “unjust” is repeatedly used throughout the film, as characters attempt to reconcile their personal ambitions and the security of those close to them.

Despite the women protagonists, this is not a film about female equality and emancipation – neither one of these notions were very prominent during WW1. This is a film about dignity and humanity. There are no villains. Instead, there are people who are fallible and make the wrong choices, and who choose to castigate others in the name of what they believe to be a far more important purpose.

The Guardians is a stunning visual experience, and a lot if communicated with the eyes and with gestures. The dialogues are scarce and sparse. Characters are most laconic. I haven’t read the 1924 romance, so I can’t comment on how the original dialogues were translated into images. But I can ascertain that this was an effective creative choice. There are long moments moments of reflective silence. When one of the males returns from combat (in one piece), there are no screams and epic reactions. Instead, he’s met with silence and perplexity. Hands say a lot, whether they are crunching against each other with anxiety or caressing a rock in a moment preliminary to lovemaking. The sex sequences are very realistic and moving, without slipping into tawdry voyeurism and exploitation. 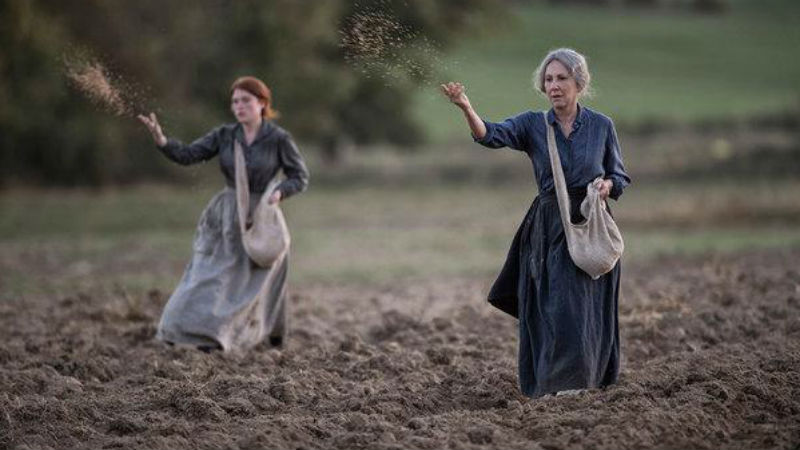 The cinematography is impeccable, with every single frame of this 140-minute-film transporting viewers to a bucolic and rural France. There’s abundant sunlight, bail, cracked walls, stone houses and cows being milked. The seasonal changes are also depicted, and there are beautiful moments under a few layers of snow. There are no images at the trenches and the battlefield, except for a powerful dream sequence, suggesting that Georges could suffer from PSTD.

While Hortense epitomises the protection of the traditional family by hook and by crook, Solange is the moral bastion of humanity. Laura Smet’s performance is the strongest one in the film. Solange is the only one strong enough to confront her *unjust” mother. She’s also the only one candid enough to expose her frailties and desires. A short dialogue about her sexual desires and lack of regret in having sexual contact with an American soldier is the most powerful and liberating moment of the entire film.

The music score is signed by the iconic French composer Michel Legrand, who is now 86 years old. The movie wraps up with a beautiful and ironic song about love being like a child’s toy, in a little live performance. My only criticism of The Guardians is its duration. It could have been 30 minutes shorter. It took me at least an hour to get enraptured, and I did snooze for about five minutes before the subtle action and emotions got into my heart.

The Guardians is out in cinemas across the UK on Friday, August 17th. It’s available on all major VoD platforms in November, just in time of the centenary of Armistice Day.

The greatest folly of all! English filmmaker's adaptation of R. C. Sheriff’s 1928 eponymous play exposes the futile nature of war, as the world commemorates the centenary of World War I - now on all major VoD platforms [Read More...]