Jeanne (Judith Chemla) is a beautiful and young woman returning home from a convent, and with an apparently promising life ahead of her. Her parents are wealthy barons, and they live comfortably in a French chateau. She’s cared for by the doting maid Rosalie (Nina Meurisse), with whom she also brought up. She is soon to be married to the young and charming Julien de Lamare (Swann Arlaud, who looks a lot like Kenneth Williams in his early years). But of course life is never as rosy as it seems in A Woman’s Life.

The direction of A Woman’s Life is firm and steady. This is a movie that delves into the world of a female without being exploitative. Stéphane Brizé’s directorial style is tender, subtle and even feminine. For a few moments, I literally thought that I was watching Claire Denis’s latest movie. Yet this is not a feminist movie. In fact, the French title is simply Une Vie (“One Life”), without the “woman’s” bit. As is Guy de Maupassant’s romance, which is widely considered one of the greatest French novels ever written. 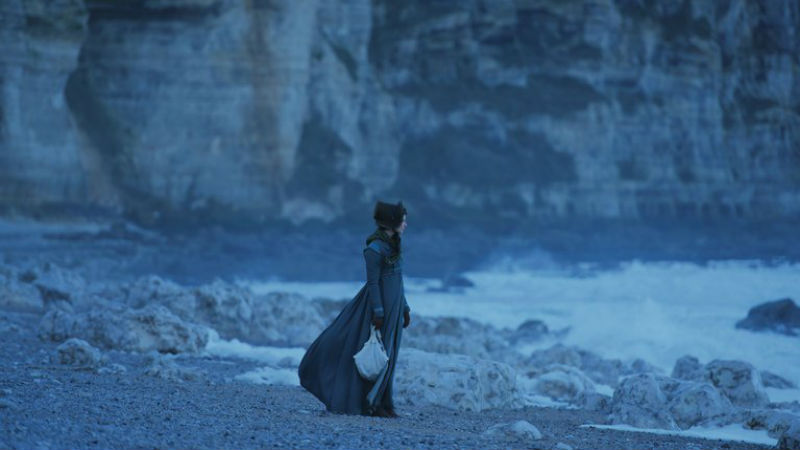 This is a film about the unexpected twists of fate in the life of a female aristocrat. How each every foundation of her life gradually begins to crumble, and how she’s left in a despondent state at old age. Jeanne’s marriage begins with suffering. Sex feels a chore. The moment she loses her virginity will make you feel very uncomfortable, and will also serve as a sordid reminder of how the rape culture is deeply ingrained in our history.

Julien turns out to be gently manipulative and outright unfaithful. They eventually have a child, but then disaster strikes. Jeanne develops a strange symbiotic relationship with her son, and what happens next makes her borderline insane. Then she begins to squander her wealth. Ironically, she ends up relying on the person who helped to ruin her life. 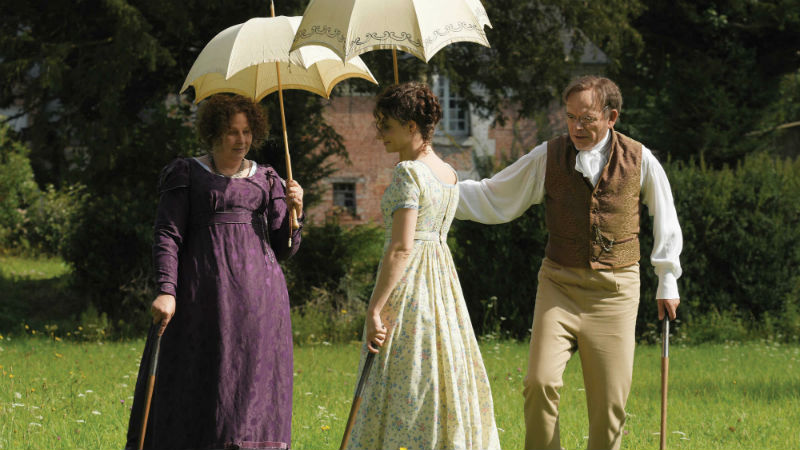 The film narrative is punctuated with water. It rains often. It’s almost as if this water was there in order to to cleanse Jeanne’s life and prepare her yet for another chapter. But rain also turns the soil muddy. And Jeanne’s life is as soaked and soiled as her dresses under heavy rain.

Unfaithfulness and truthfulness are the central themes of the movie. Jeanne longs for honesty. She confesses to a priest she cannot bear lies. But she too struggles to deliver the sheer truth that the holy man demands from her. Such moral dilemma prevails throughout her life. Jeanne is a morally upright person, yet sometimes the truth is way too painful to handle. Ultimately, some secrets are best kept secret.

A Woman’s Life was out in cinemas across the UK on Friday, January 12th. It is available on all major VoD platforms in February.

The Measure of a Man (La Loi du Marché)

The split allegiances of the ordinary man: in this new French movie, worker Thierry cannot decide whether to side with undignified coworkers and customers or to embrace the corporate values that earlier almost crushed his life [Read More...]