"Greasy movie"
Survival epic about lone survivor of a Norwegian resistance boat during WW2 uses devices of mainstream war genre to convincing results - in cinemas and also on VoD on Friday, January 4th.

Despite the blockbusters of today often climaxing with fictional wars, the war genre itself is perhaps out of favour. Perhaps in our mollycoddling superhero culture, war movies seem too real. Well 12th Man is a film of fantasy and fervour that’s ultimately very accessible and as thrilling as anything that climbs the box office charts. Who would have thought then that the director of high-style kids films Agent Cody Banks and The Karate Kid (Harald Zwart, 2003 and 2010) would come through with a solid World War II thriller? Clearly, the Dutch director is happy to slip away from the frontline in order to deliver what the film needs. So it’s fascinating to see how he handles a more personal story.

Beginning with the claim that “the most incredible events are the ones which took place”, 12th Man is a survival epic about Jan Baalsrud, the one survivor of a Norwegian resistance boat sunk by a German warship, who begins a dramatic escape attempt from the Nazis in hopes of getting to neutral Sweden. As much as this is a historical reenactment, 12th Man takes joy in being a nostalgic boys own adventure, with ski chases, gunfights, and Baalsrud running from a fighter plane. 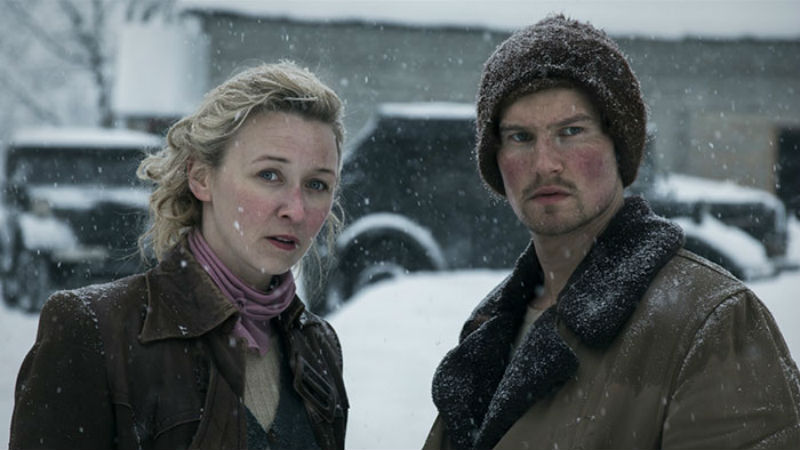 But Baalsrud is far from James Bond. Early on his gun is jammed by the frost and he sustains a horrendous injury that forces him to rely on the good-natured folk he meets. Thomas Gullestad as Baalsrud delivers a great, steely performance, showing the Leos of the world that you can depict determination and creeping madness without actually sleeping in an animal carcass . There’s a great scene where Baalsrud keeps waking up from nightmares, which turns into a horrifying dark night of the soul as he suffers from gangrene. His character reminded me of Boris Plotnikov’s hobbling martyr in Larissa Shepitko’s snowy resistance masterpiece The Ascent (1977). That film casts a long shadow over 12th Man, Zwart paying homage with a few visual nods. The atmosphere of the film strikes an icy tone that puts across the sub-zero temperatures. One early, extended shot has Baalsrud swimming away from camera and into the total darkness of the fjords, the water lit to convey sheer forbidding.

A surprise to see Jonathan Rhys Meyers showing up as the mad, vindictive SS officer Kurt Sage, who heading up the chase is timing himself in ice water. There’s no way anyone could have survived, he is told. But Sage hunts after the ghost anyway. This dynamic shows promise in the first act, but it never gets fully fleshed out. It’s a thankless role of a man who’s always a few steps behind. His inability to get up close to Baalsrud stops the men, from really learning about each other. 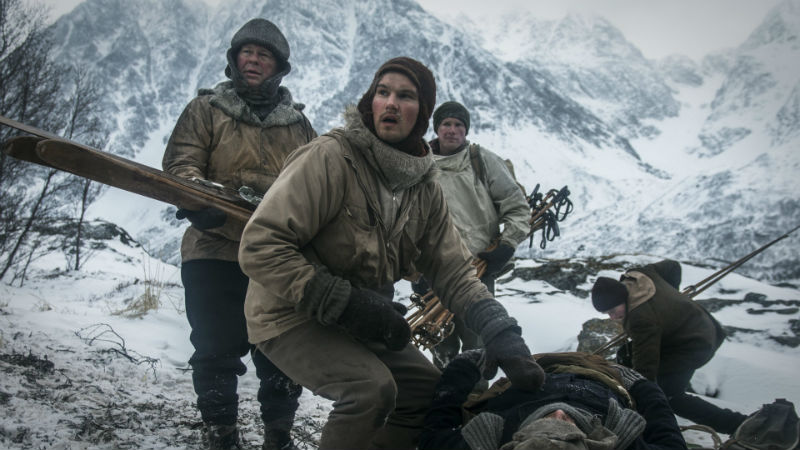 This is hardly the first Nazis in the snow movie to emerge from Norway (does anyone remember Tommy Wirkola’s 2009 Dead Snow?) and it’s one which uses Baalsrud’s perseverance as a national symbol. The northern lights are used in symbolic and literal ways as a sign for the characters, and there’s a real emphasis on members of the villagers and resistance fighters who helped Baalsrud on his journey.

Zwart lays on the inspirational messaging a little thick, the individual stories of the resistance fighters are probably the least interesting part of the film, because we’ve seen it all before. POWs singing in defiance, young children imparting wisdom beyond their years. The sentimentality really holds up the pace of the film, which, when it’s moving, has clear, motivated action that doesn’t let go of its audience. It’s a little too long to be a great action film, and isn’t quite bold enough to break free of its genre trappings. 12th Man remains a solid and well-told film with an action style movie.

The 12th Man is in selected cinemas across the UK and also on VoD on Friday, January 4th.