"Greasy movie"
It wasn't just Churchill who had difficult choices to make... King Haakon VII had to decide whether to surrender to the Nazis, as Hitler gave Norway an ultimatum - war drama now on DVD

This Norwegian production takes us back to 1940, at the pinnacle of the Third Reich and WW2. Stepping away from the larger war narratives of Britain, France, Germany and the USA, this film shifts into a smaller gear, detailing with the events that followed Hitler’s ultimatum to surrender given to King Haakon VII of Norway (Jasper Christensen). A quote from Anne Frank fits the predicament notably well: “Our lives are fashioned by our choices. First we make our choices. Then our choices make us”.

In the first scene, Haakon is dressed in black contrasted vividly against the plain white snow, highlighting the stark contrasts and the choices he had to make, such as between family and duty. His dark attire represents the gloomy demands of his position, while the snow represents his mellow heart. He is confronted with the same choice over and over. For example, he has to choose whether to keep the family together or to send them away separately in order to flee from the Nazis. When the narrative is boiled down to these scenes it works wonders. Unfortunately, the film as a whole, doesn’t work quite as neatly. 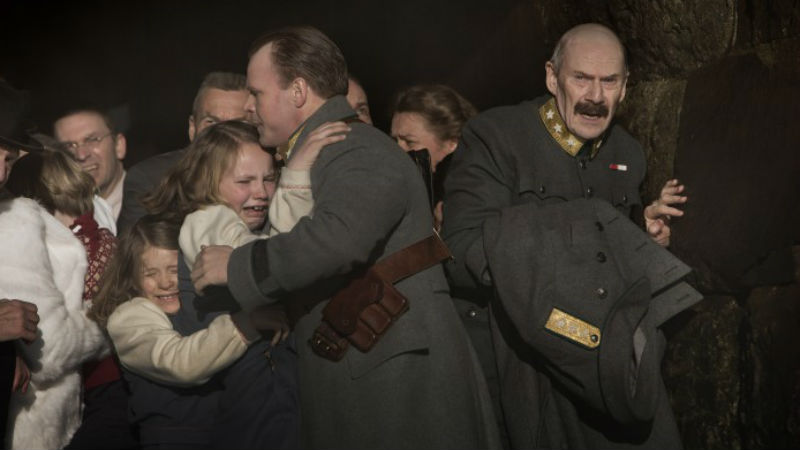 Curt Braeuer (Karl Markovics), the German diplomat who delivers the ultimatum to Hitler, is the focus of the rest of the movie, but his personal and family story simply aren’t that interesting. Braeuer also has to make many choices, between obeying and challenging orders, peace and violence, and so on. His career sacrifices almost culminate in peace.

The characters and the story feel very real. The visceral cinematography and dizzying camerawork make the film engaging, and sometimes it has a certain documentary feel. Ultimately, this is a film worth watching for its historical content, and as a reflection on the lasting impact of the choices we make.

The King’s Choice is out on DVD in the UK and most European countries on January 15th. This isn’t the only film out right now and dealing with a European leader having to decide whether to collude with Hitler during WW2.

War drama about Churchill's rise to power and crucial decision whether collude with the Germans has an spectacularly boring screenplay, plus it's infested with tub-thumping nationalism [Read More...]

Do I look regal in this? Belgian king is stranded abroad as his country breaks down, and he has to resort to extreme measures in order to return home, in very clever mockumentary - from the Cambridge Film Festival [Read More...]