"Filthy genius movie"
A genuinely anti-war movie: released almost simultaneously as Dunkirk and also set on a European beach during WW2, this outstanding Danish-German production highlights the pointlessness of the conflict - in cinemas

A war film should never be pleasant to watch, or convey feelings of grandiosity, pride and nationalism. There is no winner: everyone loses out at such conflicts. Land of Mine is extremely successful at highlighting the pointlessness of WW2 in all of its bizarre territoriality and forged allegiances. You won’t leave the cinema feeling enchanted and elated. Instead you will feel shocked and outraged, which is exactly what a war film should do.

The film starts out with Danish Sergeant Carl Leopold Rasmussen (Roland Møller) leading surrendered German troops out of the country in May 1945 and beating a few soldiers in the process. You would be forgiven for mistaking him for a Nazi: he speaks German, screams in a way not dissimilar to Hitler and embraces gratuitous and unprovoked violence. It’s almost as if the hitherto humiliated Danish took pleasure in becoming the oppressor, even if it’s just for a little while. 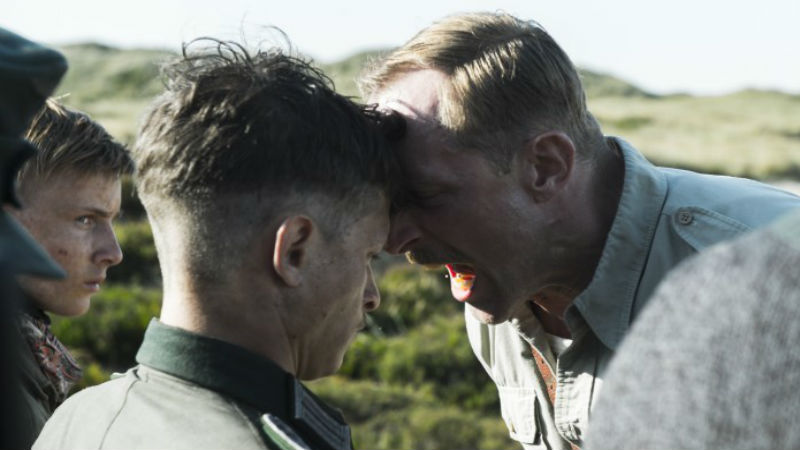 The Sergeant in then allocated to a beach where he has to supervise 14 German teenagers, who’ve been sent in order to clear some of of the 2.2 million mines placed by the German on the Danish coast – more than in any other European country. These boys are cleaning up the mess that their parents made in their neighbours’ garden. They have little understanding of the conflict. They don’t dream of world domination and instead just long for a job as mechanic upon their return home. But obviously not all of them will survive the ordeal. They are a testament that the Germans may have been prepared to go to war, but they were never prepared to lose the war.

No slippery fingers, shaky hands, hesitant thoughts and vacillating minds are allowed; the consequences of any minor error are obviously disastrous, ranging from severe mutilation to a horrific death. And so these untrained and emotionally immature boys begin to die, one by one. The Danish filmmaker Martin Zanvliet opted to show just one violent and gory death, which is extremely graphic and disturbing in its realism. It does the job of shell shocking viewers extremely well. But because there is no repetition, the violence is never fetishised and exploitative. 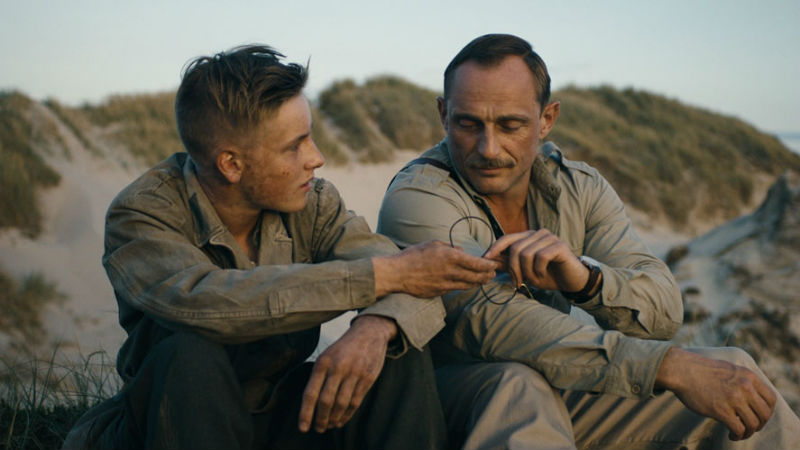 At war, there is no room solidarity and compassion, particularly towards the enemy. The sentiments that are the very foundation of our humanity become subversive. This explains why Sergeant Paul exhibits no sympathy for the young boys. He’s at ease in his sadistic skin, and grapples uncomfortably with the feelings of kindness and altruism. But Land of Mine has a very nice surprise in store for you at the very end.

Land of Mine isn’t the only WW2 movie set on an European beach and showing in UK cinemas right now. You can watch the far more celebratory and momentous Dunkirk (Christopher Nolan, 2017) in movie theatres across the UK. Land on Mine is out on Friday, August 11th.