"Dirty gem"
Just a little bit of history repeating? Audacious German film transposes Holocaust novel from 1942 onto modern Marseilles; the outcome is odd and yet bewitching - now Mubi in July/August

This is an extremely peculiar film and not an easy one to watch. It’s not light entertainment. It is so incredibly multi-faceted and original that it might cause estrangement at first. Yet, it’s a film you won’t easily forget. You will catch yourself mulling over its unusual story, trying to weave together its various narrative strands and political connotations.

Georg (Franz Rogowski) escapes to Marseilles after the German troops approach Paris. He’s carrying the papers of a communist writer called Weidel, who committed suicide out of fear of persecution. These papers include a manuscript of a book, two letters to his wife and a document from the Mexican Embassy granting him a visa to enter the country. Georg assumes Weidel’s identity in an attempt to flee war-ridden Europe. This purposely asymmetrical film relocates a Holocaust-drama into modern France, complete with refugees from North Africa and beyond. Viewers are left to dovetail the two different times and realities. 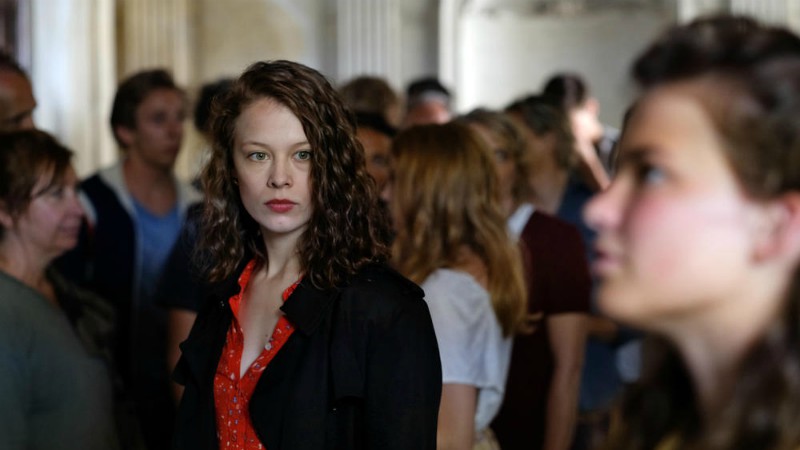 This is a wilfully hybrid endeavour in more than one way. The plot from the past fuses with the themes from the present, and so do the props. Georg wears clothes from the 1940s, the documents are printed with old-fashioned calligraphy. Otherwise, the settings are modern: digital devices and 21st century cars are to be seen everywhere. Georg’s predicament is further complicated with the arrival of the beautiful and enigmatic Marie (played by Paula Beer, who was catapulted to fame two years ago in François Ozon’s equally cryptic Frantz). Her identity is as elusive as her motives, nevertheless the two become predictably infatuated with each other (and that’s about the only predictable element of the movie).

Georg, who has a soft-spoken and child-like voice, develops a gentle bond with Driss (Lilien Batman), the mixed-race child of his buddy Heinz (who died whilst fleeing). Driss’s mother is a deaf immigrant from North Africa, and they live in the Maghreb outskirts of Marseilles. This is an allusion to the refugee crisis befalling Europe right now. While the political tones of the film are not entirely overt, it’s not difficult to join the dots in this case. Georg and Driss are obliquely the byproduct of war and political persecution. They represent Europe’s failure to shelter and protect the most vulnerable people, both during WW2 and now. 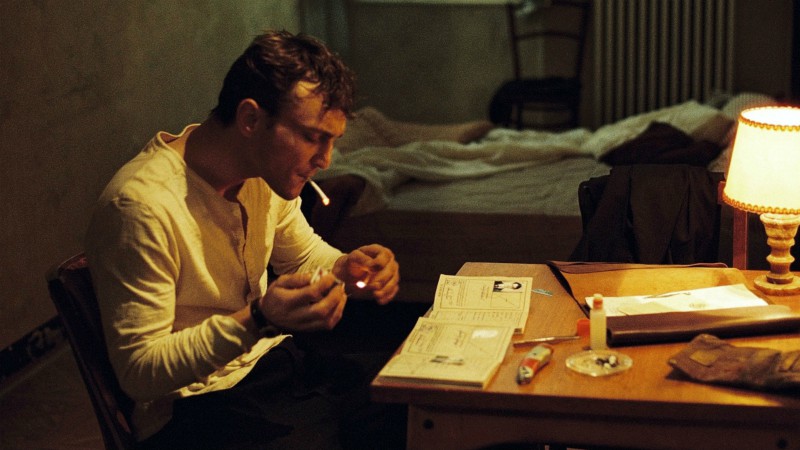 Ultimately, the message of Transit is: “look, history is repeating itself, we’re making the same errors as in the past. The calligraphy and the clothes may have changed in the past three quarters of a century, yet we have hardly learnt our lesson.”

Transit premiered at 68th Berlin International Film Festival in 2018, when this piece was originally written. It is a free adaptation of the 1942 book Transit Visa by German writer Anna Sheghers. It is out in cinemas across the UK on Friday, August 16th (2019). On Mubi in July/August (2020).