"Greasy movie"
Set in a brothel on the French-Belgian border, queasy tale asks difficult questions about parenthood and responsibility - available throughout December on ArteKino

Focusing on character first and its difficult situation second, this naturalistic drama gathers its power from a strong attention to detail and two subtly effective central performances. The brothel is a family business, started by Sylvie’s (Sara Vertongen) deceased father. Sometimes she entertains the clients, but mostly she works behind the bar, takes care of the other girls and organises the accounts. She is a mother, juggling parental responsibilities with Dirk (Wim Willaert). Her daughter Eline (Esra Vandenbussche) believes her is her “uncle”. Although not stated outright, its implied that Dirk was once a patron of the brothel when he knocked Sylvie up, perhaps making her loath to tell her daughter his real identity.

At times Sylvie seems ashamed of her work, and understands that it’s not something to be discussed frankly with such a young girl. Eline does ask her mother what she does for work, and she replies that she helps people by giving them “hugs”. Eline is intrigued by the building, especially at night when it’s light up like its Christmas, and is annoyed when her mother tells her that she is not allowed inside. On her sixth birthday she leaves the car and walks inside, only to be met by a French-speaking man who takes her back to the car and sexually abuses her. 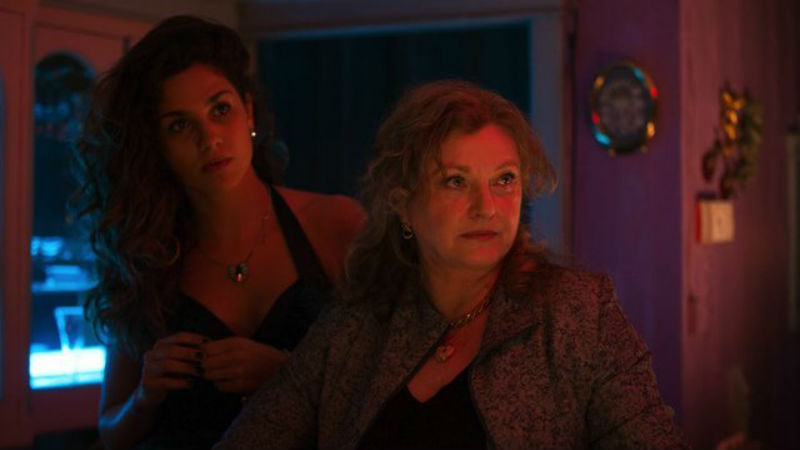 This incident forms the main crux of the narrative, but director Peter Monseart is more interested in how it affects Dirk and Sylvie than delving into police procedural cliché. This approach makes it a difficult watch, perhaps not so much in terms of its subject matter – which is handled gracefully – but due to the objective distance it keeps from its characters. Who is responsible for what happened, both literally and thematically? Sylvie, for letting her daughter stick around the brothel, or Dirk, for not asserting his fatherhood earlier? We never really know, giving the film a constant feeling of slow-boiling tension.

There is little strained or melodramatic here. The reality of working in a brothel, from the banality of bookkeeping to dodging racist comments from the clientele, is explored in great detail here. Like this year’s Cam (David Goldhaber, 2018) which focused on the life of a webcam model, sex is deglamourised and destigmatised, simply seen as a job like any other. 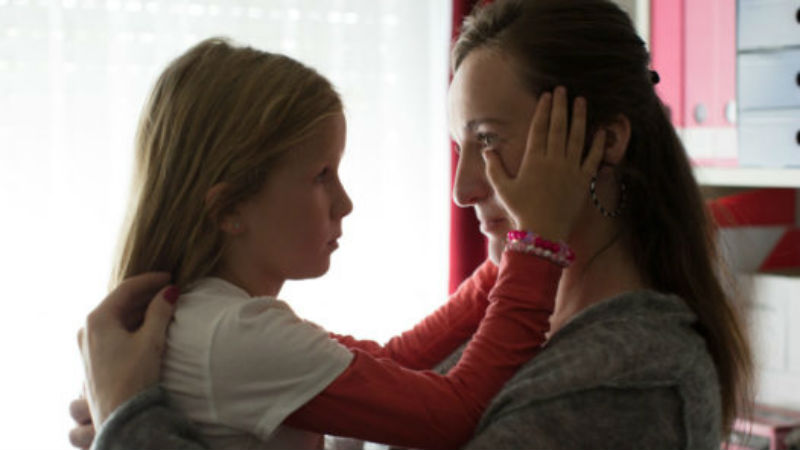 The reality of operating under police scrutiny forms a fascinating subtext; for example, when one girl is physically abused by a patron she is told not to press charges as it would put too much pressure on the brothel’s operations. Had this subplot been explored with a little more thematic precision, Flemish Heaven could have soared into even richer territory.

As brothels are illegal in France but legal in Belgium – where red light districts are common in most cities – the border has clientele from both sides of the border. Monsaert integrates this bilingual setting into the plot, using Eline’s inability to understand French to create a general sense of confusion. While there may not be any wider significance to the fact the abuser is from France, it still couches the film in a specific sense of place that helps certain details pay off later. There are even a couple of times that Monseart throws us red herrings, constantly setting up the expectation that the abuser will be caught, before scaling back once again. This management of tone doesn’t always work, but when it does it makes for some fascinatingly complex viewing.

Flemish Heaven is available on ArteKino throughout the month of December.

Polish film about face transplant and a giant Jesus statue combines elements of drama and comedy, but the outcome is a little clumsy - available on VoD [Read More...]