Just how dirty is abortion? This question often defines the political spectrum between left and right, or liberals or conservatives. For pro-life militants, abortion is a dirty, selfish and unacceptable solution, while pro-choice activists see it as a legitimate device for women to claim control over their bodies and their lives. In the film 24 Weeks, the dirt and filth of abortion fly mercilessly in the face of audiences, leaving feelings of repulsion and confusion.

Astrid Lorenz (Julia Jentch) is a successful stand-up comedian living with her husband Markus (Bjarne Mädel) and their small girl Nele (Emilia Pieske), and expecting a second child. Her tummy shows, and she is delighted to embrace her pregnancy, even making jokes about it on stage. Astrid and Markus find out that their unborn child is a boy with Down’s Syndrome, and they decide to carry out the gestation anyway. During a routine scan, however, they also discover that the boy has a faulty heart, and is likely to require numerous surgeries throughout his life, and may not even survive long. 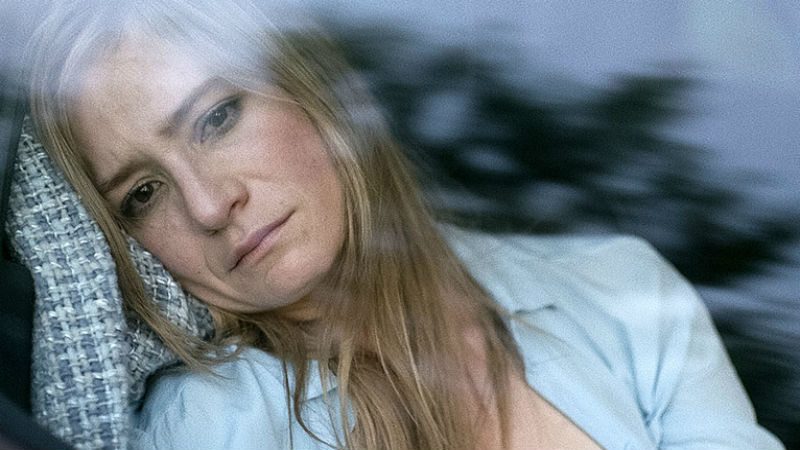 After much reflection, investigation and dysfunctional arguments with Markus, Astrid decides to have an abortion despite her husband’s disapproval. While the couple always took their decisions together, this time Astrid has the final word. A medical professional reminds Markus that this is according to the German law, which triggers a furious outburst.

Abortion is described and shown in vivid details, including the cutting of the umbilical chord and the parents holding the dead baby. Astrid’s pregnancy is very advanced (past 24 weeks) and therefore the abortion is complex and traumatic: the baby is injected with a lethal injection before she gives birth to the dead foetus through natural means. 24 Weeks never paints abortion as an easy and lazy solution. Instead, abortion is indeed painful, dirty and repulsive.

Despite this, 24 Weeks is a staunchly pro-choice movie. Being pro-choice does not mean being pro-abortion. In reality, no one is “pro-abortion”, instead they will resort to it as a last measure in order to avoid a much more difficult predicament (such as lifelong illness and suffering).

Lene and the house maid at one point say that they would not accept the new child because he is “disgusting”, pointing out that our society isn’t always ready to handle disabled people, even in a very developed country such as Germany. People with disabilities have to fight every day not just against their limitations but also against social stigma. 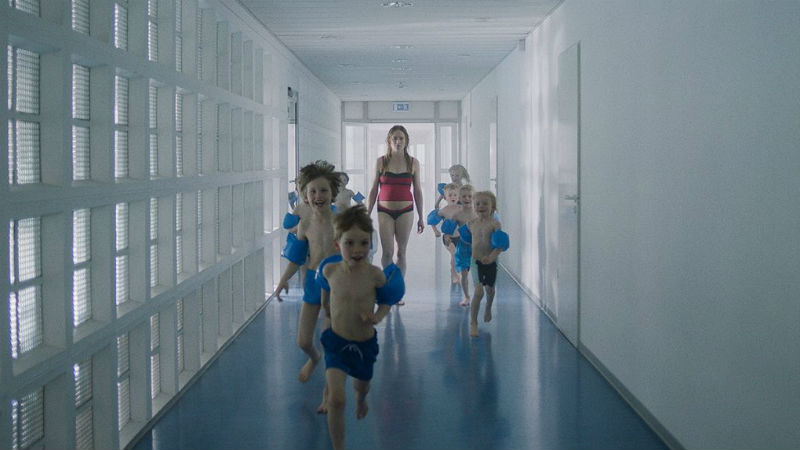 Christian guilt is also a theme. While Astrid and Markus are not very religious (as most young Germans) and not even married, they realise that Christian guilt influences them. Astrid even visits a church before making her final decision. The film is a reminder that Christian values are pervasive in Christian countries, even amongst non-believers.

The movie is also a powerful statement about the plight and difficult decision that women expecting sick and disabled children have to make. This is a very important theme right now due to the quick spread of zika and microcephalous births in less developed countries such as Brazil. Astrid has the full support of her government at whatever decision she makes, while most pregnant women in such countries have neither their government support (abortion in illegal in most of Latin America) nor the state infrastructure to support raising a disabled child. For these women, the decision is far more difficult and painful than for Astrid.

The female director Anne Zohra Berrached examines a very controversial theme in minute detail, with good performances, a solid and plausible script, if at times a little didactic. Aesthetically, it is a very clean film dealing with a very dirty subject.

24 Weeks premieres at the Berlin Film Festival in 2016, when this piece was originally written. It’s available on ArteKino during the whole month of December 2018.

Call centre worker Alice begins scamming elderly women, and the interwoven consequences of her deeds could be serious - available until December 31st on ArteKino. [Read More...]