"Greasy movie"
Greek man actively seeks attention and pity after his wife falls into a coma, in a quaint and twisted tale about out lack of time for each other - available throughout December with ArteKino

Taking a cue from that woe-is-me friend we all had when we were teenagers, the new film from Babis Makridis, Pity, follows the life of a very square lawyer (Yannis Drakopoulos). Our protagonist develops a taste for the kindness of strangers while his wife is in a coma. This being a Greek film, however, things eventually spiral out of control in quiet yet shocking ways.

The concept explored in the script, penned by Makridis and Efthymis Filippou, is born out of the farcical technique of blowing up a trope to absurd proportions – in this case, a man that actually find joy and satisfaction on being pitied by everyone around him. Once his wife comes out of the coma, that situation is shattered and the man sets out to win his misery back. 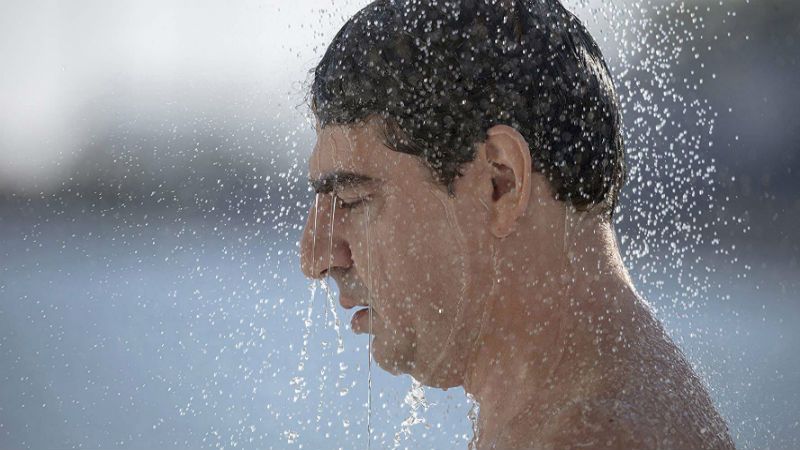 If you’re familiar with productions associated with the Greek New Wave movement, you know what’s in store for you: symmetrical and clinical camerawork, deadpan and deliberately stiff acting and pervasive dark humour. The tone here is particularly reminiscent of Filippou’s work with his most famous collaborator, Yorgos Lanthimos, although completely devoid of laugh out loud moments that he allowed for in previous screenplays.

Despite feeling at times too reliant on style, Pity works because of the ingenuity of its core idea and Drakopoulos’s pitch-perfect delivery. On his hands, there’s something about the lawyer that’s quite relatable.

In a world that grows apathetic by the minute and suppresses a lot of human connections, especially in big cities, he gets an emotional and physical response from people that wouldn’t otherwise give him a second glance. His neighbour bakes him a cake everyday, his launderette’s attendant gives him discounts, even his father seems to treat him more kindly. 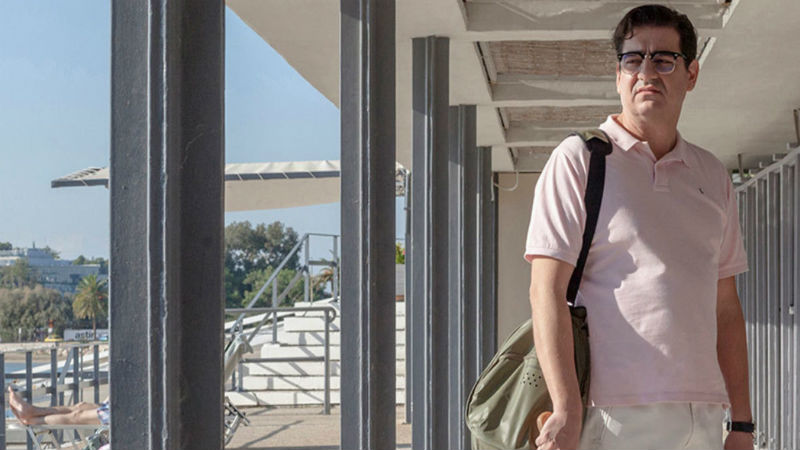 In his thoughts, which funnily appear on screen in elaborate intertitles, he argues at one point that “everyone needs a hug” – and he might be onto something. It’s that connection, prompted by pain, that he becomes addicted to, and it’s startling how grounded that sounds when put in those terms. That these strangers are being kind out of mere politeness doesn’t seem to matter to him and, in all honesty. If someone comforts us in a moment of deep need, we wouldn’t question their reasoning either.

I wouldn’t call this a comedy even for Greek standards, who tend to have a dark sense of humour. Instead, it’s a treat for fans of cringeworthy, unforgiving and eccentric cinema. It questions our human needs and our very own ability to convert our everyday life into a performance, leaving a bitter taste in its aftermath. After the ending of Pity, you too might need a little comforting.

Pity is available with ArteKino throughout the month of December.