"Dirty gem"
This is NOT your average Planet Earth episode... based on David Abram's reflections on how humans have evolved differently from other animals, doc raises questions about the relation between technology and nature - in cinemas from Thursday, November 22nd

According to American philosopher David Abram, the film’s spirit guide, “we are human only in contact, and conviviality, with what is not human”. Becoming Animal is an inquisitive documentary about the unique relationship between us and the natural world. Taking place in and around the stunning Grand Teton National Park in Wyoming, it blends keen observation with philosophical insight to create a mediative treatise on the human condition.

While most nature documentaries are simply content with observing and explaining, Becoming Animal has weightier things on its mind. Drawing from the cine-essay tradition, the breathtaking beauty of the park is a springboard for philosopher Abram’s reflections on how human life has evolved as a distinct reaction to the animal one. Barring a few framing observations by filmmaker Emma Davie, the show is almost exclusively his. Having developed his ideas of animism since the 1990s, he is an eloquent guide with a voice that alternates between late-night radio host and university lecturer. 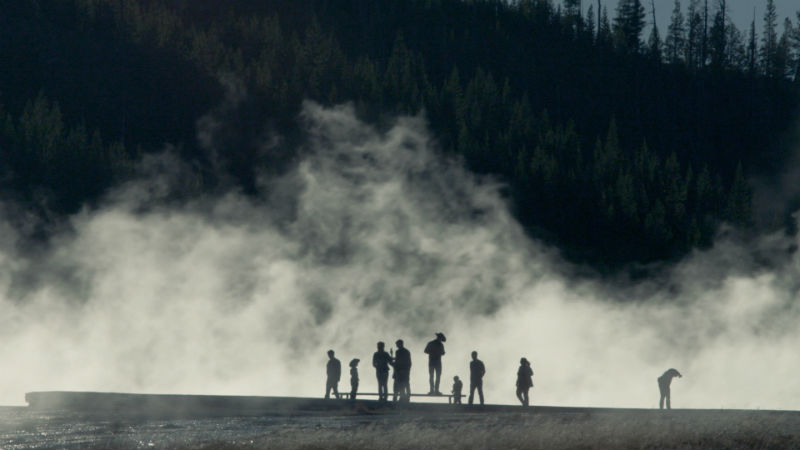 It’s a self-reflexive doc, asking if film – a technological medium – can truly capture the feeling of nature, or if it puts a barrier between us and that world. Complementing this concept, the film deploys a variety of tricks, such as cutting the sound out, depicting trees from a passing car, or shooting in the middle of the night using super-strong camera lenses. This blurring and distortion of the senses suggests the inadequacy of the film medium when it comes to replicating one’s own experience of nature. It’s a brave approach, but Davie, co-directing with Peter Mettler, mostly pulls it off, favouring a subjective, restless camera over Planet Earth–style omniscience.

Today’s fear is that technology, once used a means to explore and engage with the natural world, will eventually replace it. Urban environments can often be wholly artificial places, making a trip to a Grand Teton National Park the exception rather than the rule. This unique combination of technology and nature is best summed up by the queue of cars patiently waiting for a Bison to cross the road so they can pass by. The brilliant juxtaposition reminded me of Elizabeth Bishop’s poem “The Moose” – which tells the story of a coach trip interrupted by the brief appearance of a “grand, otherworldly” creature that inspires in its travellers a “sweet/sensation of joy”. 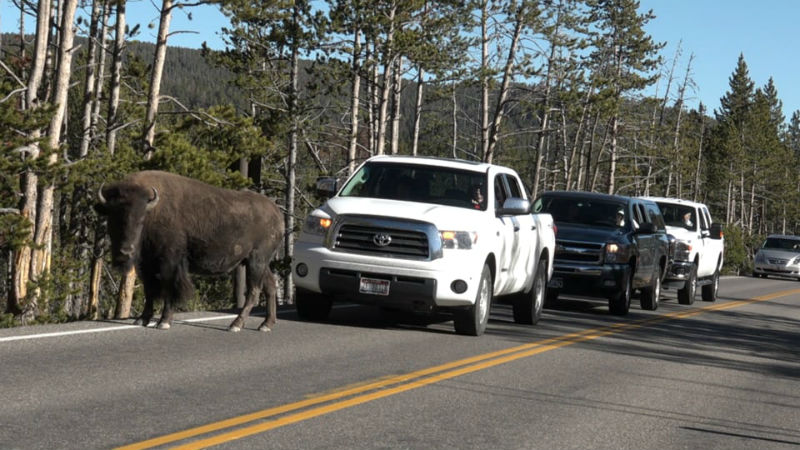 Given that they have lived in and around this park, using its resources and developing a symbiotic relationship to the animals inside it, one wonders why Becoming Animal didn’t ask any Native Americans about their views on nature. It’s one thing to have a theoretician; seeing it in practice could’ve pointed the way forward to a better, more eco-conscious future. This is especially true considering that a lot of Abram’s work is based upon indigenous beliefs. These questions are more prescient than ever, with recent scientific studies reporting that humanity has wiped out 83% of the world’s wildlife.

We are on the verge of ecological crisis; Becoming Animal, in foregoing didacticism in favour of philosophical inquiry, is missing a sense of urgency to make it a truly important film. It sets the scene wonderfully, and Abram’s musings are intellectually stimulating, but it lacks a final thesis statement to elevate it into the realm of the necessary. We still have so much to learn from animals before its too late; Becoming Animal should know that better than anyone.

Becoming Animal is out in selected cinemas across the UK from Thursday, November 22nd. Click here for more information.