"Greasy movie"
An unemployed introvert, unable to read or write, draws on brilliant ingenuity when the woman he secretly loves is threatened  - indie proudly boasting its "no budget" credentials premieres in London

This charming crime thriller, directed by James Smith and written by both Smith and Caroline Spence is a neatly plotted tale of an unlikely hero, Jake (Jamie Alderson).

We quickly learn from his limp job centre interviews with Bob (M.J. Simson) and his breakfast chats with the delivery guy (John Savage) that Jake is illiterate and stuck in a cycle of failed jobs and daytime gaming. Around 15 per cent (5.1 million) of adults in the UK are functionally illiterate; it is significant that Smith and Spence chose this protagonist for their story. Jake’s difficulties with reading and writing are presented sympathetically and portrayed as something that could happen to anyone. 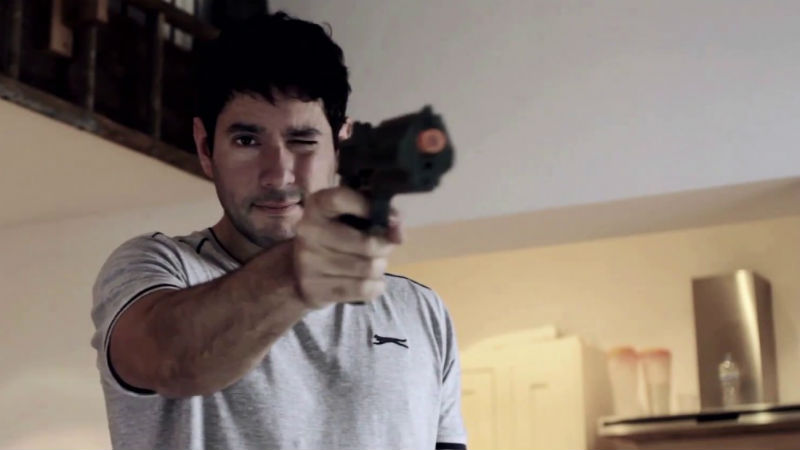 The communication difficulty is hampering Jake and we see him taking steps to learn to read and write. The new skill pays off later in the plot when he becomes the amateur investigator of an illegal drug operation. Jake’s driving force throughout the story is his love for neighbour Alice (Mia Mills) watching her every move surreptitiously and concerned for her wellbeing as she is being beaten by her boyfriend Guy (Thomas Loone). Guy and Alice are well played by Mills and Loone, we believe they are a couple and find ourselves drawn in to Jake’s plan to rescue her from the abuse.

Moments of humour occur at key points in the plot. Jake following the drug dealers to their hideout in a three wheeler driven by Grumpy Man (David Brown) is genius. There is a hilarious cameo from Sue Moore as the grumpy woman, a lovely pay off from the glimpses of her earlier in the narrative. Social Services Woman’s (Nenaa-Jo Uraih) interactions with Jake are marvellous.

This is an ambitious film to make on a zero budget and at times the lack of resources shows. The locations for the Police Station and interview rooms distract the viewer from the story as it is impossible to believe that we are in this setting. Too much time is spent on shots of Jake watching Alice, with cutaways to details of his calendar notes on the movements of Guy and his criminal colleagues. 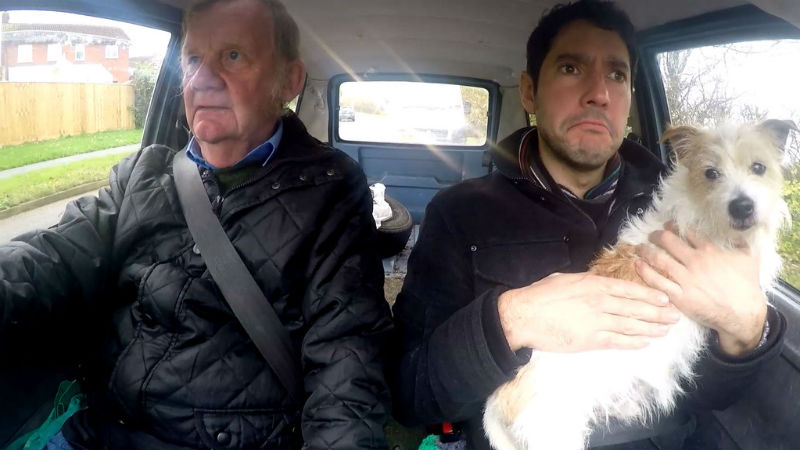 The guitar music (James Ryan) is effective driving us towards the story’s conclusion, but we become tired of the guitar plucking single notes to denote tension. A tighter edit of some of these moments might have given us a faster paced story.

However, the filmmakers are to be commended for what they have achieved on a limited budget. Laugh out loud moments are threaded throughout this Midlands set thriller with a heart of gold. Overall it is a watchable film with a central character that we do not often see as a hero on screen.

Do Something, Jake premiered in London in mid-November. A general release date has not been announced yet. Click here for more information about the film sales, press and media.