"Dirty gem"
With the British RAF being decimated in the Battle of Britain, its squadron of Polish fliers turn the tables on the Germans - in cinemas from Friday 7th September

It’s too easy to take most British WW2 movies (e.g. Dunkirk, Christopher Nolan, 2017) and claim they bolster the idea of Brexit – Britain alone against the world, defeating the dastardly Germans and so on. Hurricane is different. Its Royal Air Force (RAF) pilots are refugees from the Polish Air Force, wiped out by the Luftwaffe in a mere three days and kept on ice by Britain’s xenophobic War Office following their arrival in England. When they’re finally allowed into the air, these Poles turn out to be much better fighter pilots than the majority of Brits who are being slaughtered by the enemy at an alarming rate. Indeed, it’s the Polish pilots that turn the Battle of Britain around.

Hurricane is named after the RAF’s most widely used fighter aircraft and those portrayed here, at least when flying, are computer generated. Much of the CG work has been carried out in India (nothing wrong with that) on the cheap. The aircraft looks like computer models partly because no-one’s bothered to dirty them up and partly because there’s no attempt at reflecting the weather on their metal surfaces as real flying aircraft surfaces would do. Consequently, the flying sequences have an air of unreality about them which a little more budgetary spending in the right places could easily have fixed. 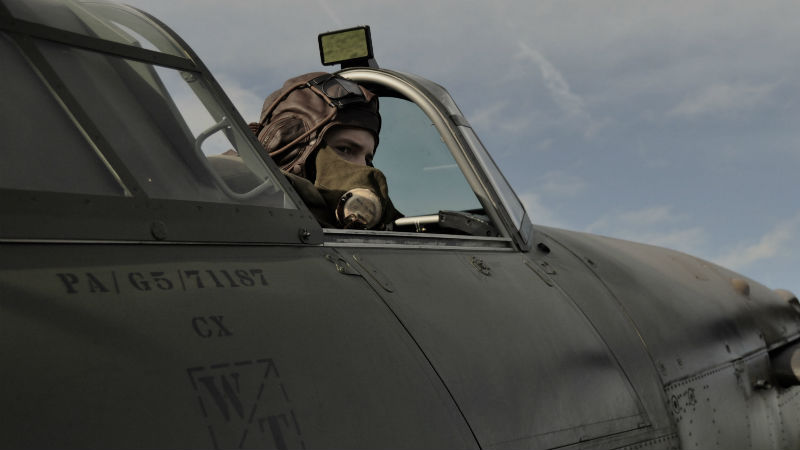 Other elements more than compensate for the cost-cutting CG, however. The dogfight sequences are well put together and grippingly paced. The main characters are efficiently written and the film covers a lot of historical ground. The pilots speak Polish with subtitles when they’re alone together while the Brits speak English. There’s more than enough aerial combat to satisfy audiences, yet the scenes on the ground prove equally compelling – interaction between cocky Polish pilots who know they’re up to the job and members of the British command convinced the bloody foreigners are not, Poles fraternising with the native women and scenes in the air command bunker with personnel moving tokens representing groups of aircraft round a large table.

Welshman Iwan Rheon (from Game Of Thrones) else makes a fairly convincing Polish lead, but the surprise outstanding performance comes from decidedly carnal, command bunker girl Stefanie Martini who spends much of her free time pursuing pilots including the Poles. “A few years ago, I’d have been called a tart, but today I’m just a good sport.” she says enthusiastically. 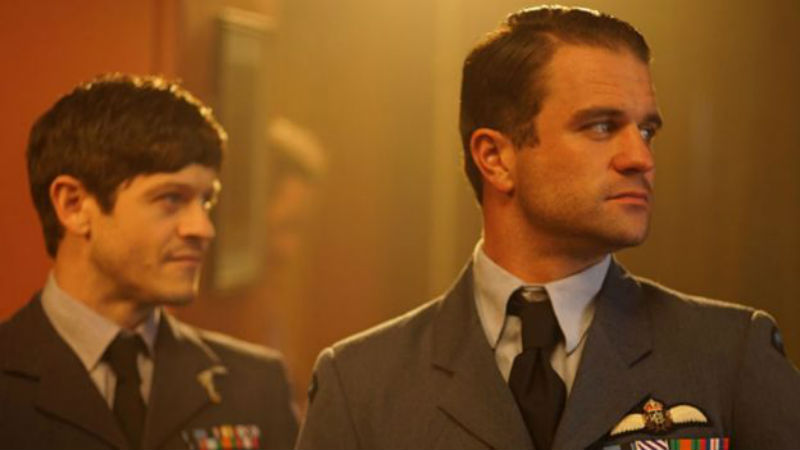 If the film doesn’t make a big thing of British racism, it’s present nonetheless. Victory in Europe Day (VE Day) celebrations are overshadowed by the British government’s swift moves to send the Poles back home following a survey claiming 56% of Brits wanted this. That’s set against other, less racist images when Jan (Rheon) is helped down from dangling by his parachute from a street lamp by an old couple who invite him into their home, discuss their own son’s death in the conflict then feed the airman a thick and tasty sandwich. If the British establishment doesn’t like Poles much, the ordinary Brits pictured here get on perfectly well with them.

That’s a far cry from some of the anti-foreigner sentiment and the ascendancy of the far-right seen in this country since the Referendum. The suggestion here that immigrants to Britain can make a valuable contribution is refreshing indeed in the current political climate.

Hurricane is out in the UK on Friday, September 7th. Watch the film trailer below:

One thought on “Hurricane”