Piotr Szkopiak’s film needs to be considered alongside Andrzej Wajda’s Katyn (2007). Szkopiak himself sees it as a sequel and both directors have family connections to the Katyn Massacre. However, the two films are light years apart in their approach to the story. Wajda’s film surges with action and emotion with strong visual imagery.

In the current film, this historic cover-up of what was a hideous war crime is framed in a very British thriller format. It seeks to engage an audience that likes history dished up in a palatable form, very differently from the 2007 movie. The tropes of a classic WW2 drama are all present: attractive female army officers with uniforms that fit rather well, the subtle passing of ‘black market’ meat as rationing (still enforced in 1947 Britain), gruff provisional police officers and just a touch of ‘chocolate box’ post War streets. The Polish displaced persons camp looks well sanitised. The cabbages are tilled by jaunty girls in a scene framed with impossibly white washing hanging artistically on neatly strung lines. This provides the cover for the introduction of the romance between central character journalist Stephen Underwood (Alex Pettyfer) and Jeanette (Talulah Riley). Jeanette is the wife of Mason Mitchell (Henry Lloyd-Hughes) a strict government security chief. So far, so BBC primetime drama. 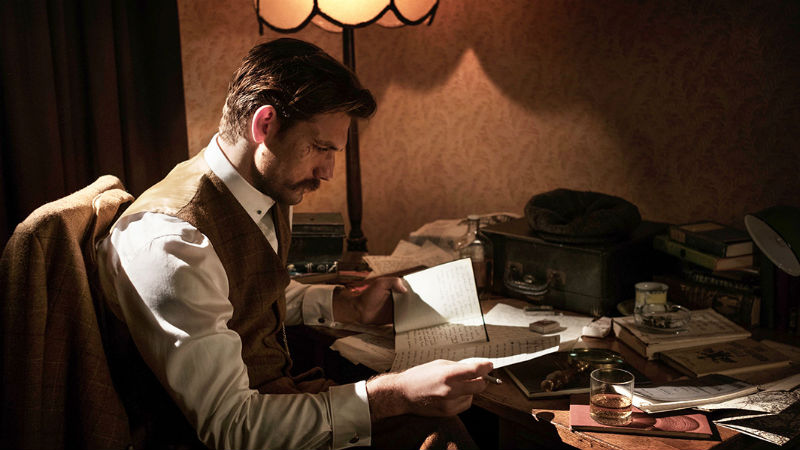 Journalist Stephen follows a trail that begins with increasing suicides amongst the Polish men awaiting repatriation. This leads him via an accidental meeting with a Russian man Michael Loboda (Robert Wieckleicz) to uncover a secret that the authorities have taken great care to keep hidden.

We are drawn into Stephen’s mission to discover why Loboda is pretending to be Polish, as he steals a box containing letters and a diary from him. This material belonged to a victim of the Katyn massacre. The constantly brooding central character defies his editor Frank Hamilton (Michael Gambon) and his brother Captain John Underwood (Gwilym Lee) by arranging to interview Loboda. The Russian has been taken into hiding by Colonel Pietrowski (Will Thorp).

As the plot twists further, the scope of the cover up extends to the government repressing the truth in order to maintain diplomatic relations with Stalin. Mitchell is implicated and manipulates Jeanette into giving away Loboda’s location. Stephen’s brother is persuaded to provide his pass allowing the determined journalist access to the records that have been hidden in a London archive. 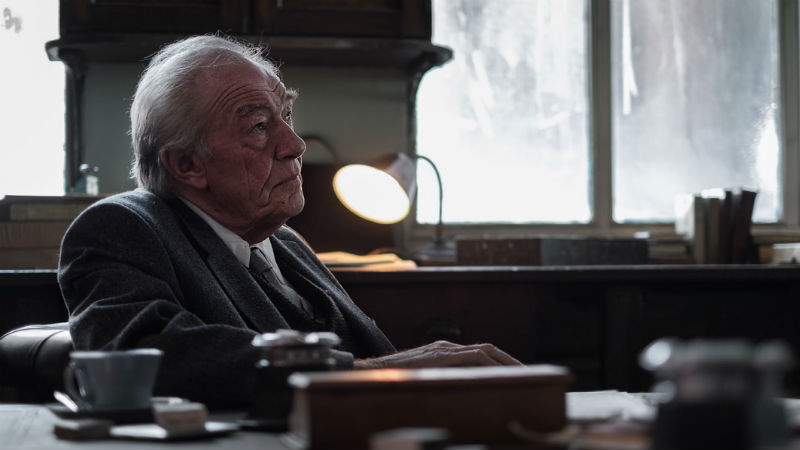 At each step the investigation is underscored with mounting music suggesting drama that is not really seen on screen. Stephen shifts documents on his desk and in a dark and noir looking archive and we are only allowed a very brief flashback to the actual event that the cover up is about. As a way into this powerful story Underwood is not a compelling enough character and we feel cheated out of hearing more from Loboda. The story provides us with an example of a politically-motivated government cover-up. Parallels can be drawn with Loboda’s murder and the journalist who is trying to bring his story to light to current alleged poisonings and our own government’s less than firm approach to the foreign powers that may be involved.

Ultimately this is a formulaic thriller with the central horror at its core not given enough weight. We know more about the British characters who hide or unearth the story than we do about the people whose story it is. Although it is a UK-Poland co-production it is tied up in a very British package and would have been better delivered in a dirty bundle with the action and pain uncovered and allowed to seep through.

The Last Witness is out in selected cinemas from Friday, August 17th.