"Dirty gem"
Behind every man there's a great woman; and sometimes there's another one ahead of him: doc about the Williams reveals that profession ambitions and family life can gently complement each other - in cinemas

The cliché that behind every great man lays a great woman simply couldn’t be more applicable than to the case of Frank Williams, a Formula 1 icon of resilience. Bound to a wheelchair after a car crash in 1986 he still watches every race as though it were his first. two women cared and nurtured him towards greatness; his daughter and wife. And one of these women had now forged ahead.

The bedrock of his modern being the Deputy Team Principle of the Williams Mercedes racing team – a position never held by a woman in the sport previously – Claire Williams carries on her father’ legacy. Determined and driven like her father, she is the epitome of a strong modern woman. His wife, Ginny Williams’ story is placed in the past and her modern absence casts a long shadow on Frank and Claire. Writing her story in 1991 in A Different Kind of Life, her memoir acts as quasi script to Morgan Matthews’ documentary. Exploring his continual presence in the sport and the importance of women in the family, Williams does not hide away from confronting the loss, sacrifice and defiance discovered in this family. 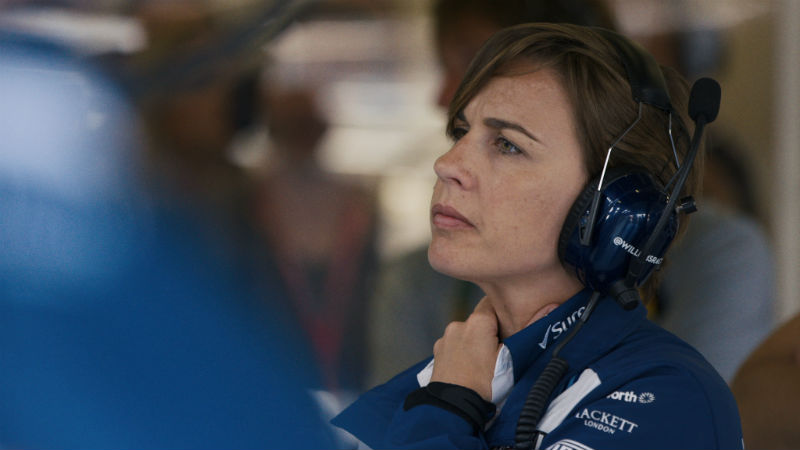 In recent years, F1’s presentation in film has had an upturn in fortunes. Starting with Asif Kapadia’s documentary Senna (2010), it elicits profound emotions by focusing specifically upon the uniting power of one man’s driving success. Exhibiting a fearless veneer and compassionate nature, he now represents everything that a racing driver should be. Unlike this independently produced piece, Rush (2013) offered a blockbuster rollercoaster of a ride in the direction of Ron Howard and his two leads, Daniel Bruhl and Chris Hemsworth.

Akin to Senna, Williams adopts a monosyllabic title and an emotive personal core. Opening with Williams on a wheelchair and the fortunes of the racing team depleting after 48 years in the sport under Claire, Matthew’s holds back the underdog rise of Frank and his and Ginny’s romance to avoid a cliché rosy linear narrative. Life is not always perfect and the film drives its emotional underpinnings from these opening scenes. Although Frank’s face holds the frame accompanied by the diegetic roar of an F1 car, it’s the family tale that is in pole position. 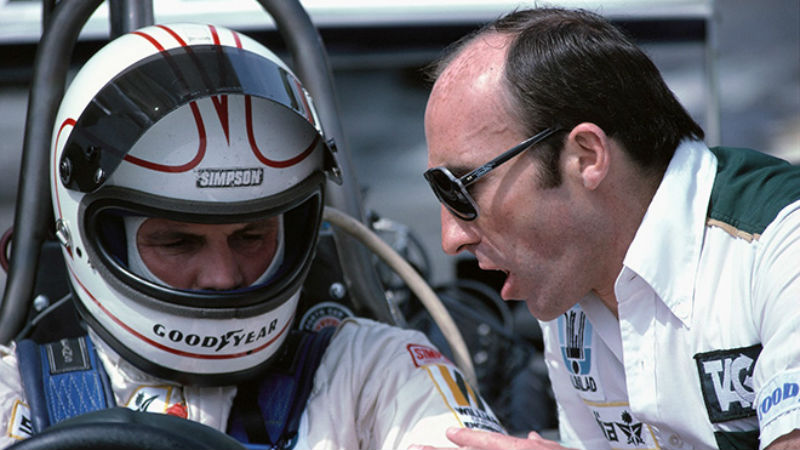 Using a mixture of talking head interviews, dramatic reconstructions and archive footage, Williams utilises modern documentary techniques to its advantage. Ginny’s presence is felt through dramatical recreations of her memoir recordings which alongside Claire’s interviews create a comprehensive honest commentary on Frank. In his obsession for F1, family commitments disappear. Still, it is this sheer determination that steers the success of William racings into the heritage of F1.

The initial images of Frank act as an antithesis to the pictures and footage presented of him in his physical prime. It’s the passage of time and life’s cruel hand that linger over the documentary. While centred around speed and passion, Matthews’ quietly builds character and sentiment throughout, leaving the sniffles and tissues not far away.

Williams is out in cinemas across the UK on Friday, August 4th.

How the King of Cool fell from grace: how extreme masculinity overconfidence, perfectionism led Steve McQueen's fall from grace - on DVD, Blu-ray and digital [Read More...]