"Greasy movie"
Break a leg! The biopic of Tonya Harding is a finely acted and well-crafted piece of filmmaking attempting to celebrate and redeem the controversial figure skater - now on VoD

The biopic of the controversial figure skater Tonya Harding – who famously ordered an attack on Nancy Kerrigan in 1994, leaving her opponent with a broken link and unable to compete – is a divisive film. Kerrigan and other sportspeople criticised I, Tonya for condoning a very non-sportif attitude. The now retired 48-year skater from Massachusetts said recently that her rival from Oregon never apologised for her actions, which culminated in Harding’s banning from the sport. 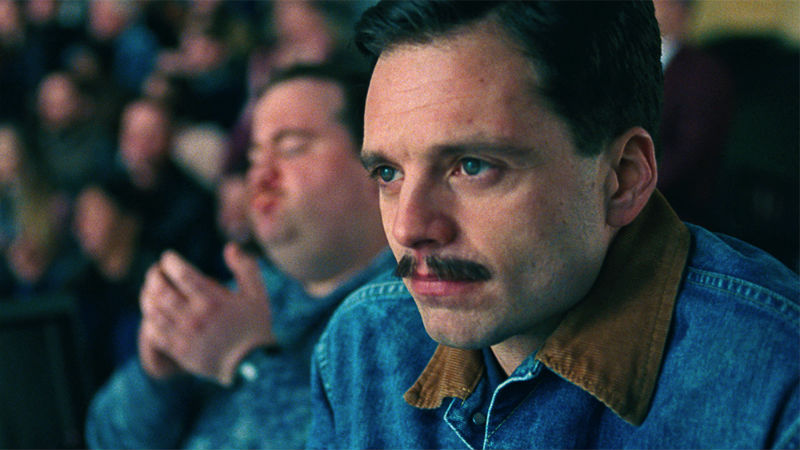 Harding, on the other hand, is far more enthusiastic about the film, which is largely based on her very own views of the event (she consistently denies partaking in organising the attack, instead shifting the blame on her dysfunctional husband at the time Jeff Gilloly, played by a moustached version Sebastian Stan pictured just above). Harding sat in the audience and applauded the film, as it premiered in the US last year.

There are two ways of reading I, Tonya. Some perceive it as an apologia of violence and wrongdoing. Others perceived it a much-needed opportunity to redeem a talented young female who paid a very high price for making one single mistake. I’m more inclined towards the former. The director Craig Gillespie dodges accusations of condoning abuse by making it very clear from the very beginning of the movie that this is indeed a one-sided account, ie. Tonya’s version of the events. Tonya (played by the Oscar-nominated Margot Robbie) often breaks the fourth wall, and her defense often comes across tongue-in-cheek. Notwithstanding these devices, I couldn’t help but to feel that the ultimate message of the film is: “if you come from a broken home, it’s ok to be unscrupulous. It’s even cool “. I feel that, at least to a certain extent, the film banalises violence (both on the ring and at home). I, Tonya never raises questions. Instead it just provides convenient answers. Answers convenient for Tonya Harding. 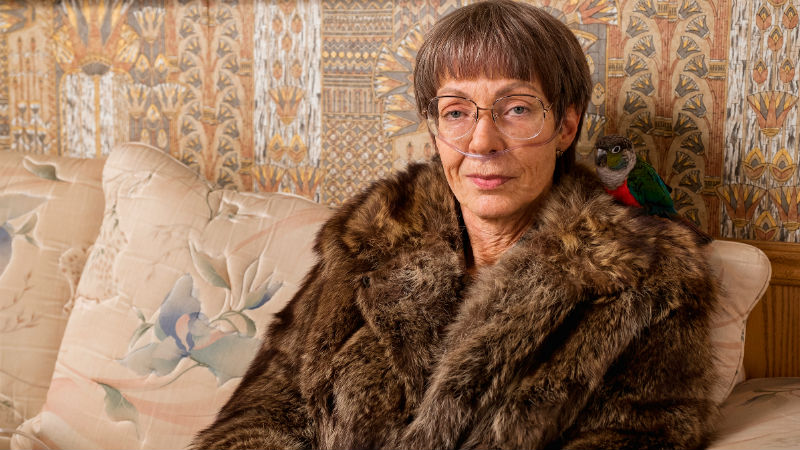 From a filmmaking perspective, this is an impeccable movie and you will hardly get bored in the 120 minutes of the story. Robbie, who also produced the film, is simply marvellous, her beautiful eyes sparkling with ambition, fear and hesitation. She successfully incorporates several dilemmas. She comes from a disgraceful family background, with a profoundly abusive mother (played by the equally talented Allison Janney, pictured above), and yet she has to be graceful on the ice ring. It’s the battle of grace versus disgrace. Once banned from the sport, she also has to grapple with the horrific reputation earned, and somehow capitalise from it. The film soundtracks includes dirty gems such Siouxsie singing The Passenger, Devil Woman by Cliff Richard and even Dream a Little Dream of Me, delivered here by Doris Day. The music, the fast script and the performances will keep you entertained throughout.

I, Tonya came out in cinemas across the UK in February. It’s out on VoD in June.. This is not the only film about a figure skater released this year – don’t forget to check James Erskine’s The Ice King, about the late British skater John Curry.

The winner takes it all: Magnus Carlsen became the youngest and highest-ranking chess player of all times three years ago, inspiring young people from all corners of the planet - but just how did we do it? [Read More...]