"Dirty gem"
Previously banned adaptation of Denis Diderot's tale of forced religious initiation starring Anna Karina is back in cinemas more than 50 years after its original release - now on DVD, BD and EST

Being a nun means being doubly oppressed, by both gender and religious doctrine. The Nun is a film mostly about religious oppression, based on the eponymous 18th century book by Denis Diderot. The French writer and philosopher was primarily preoccupied with the topic of forced nunhood, but it’s very easy for modern eyes to discern female oppression in this 140-minute Nouvelle Vague classic. 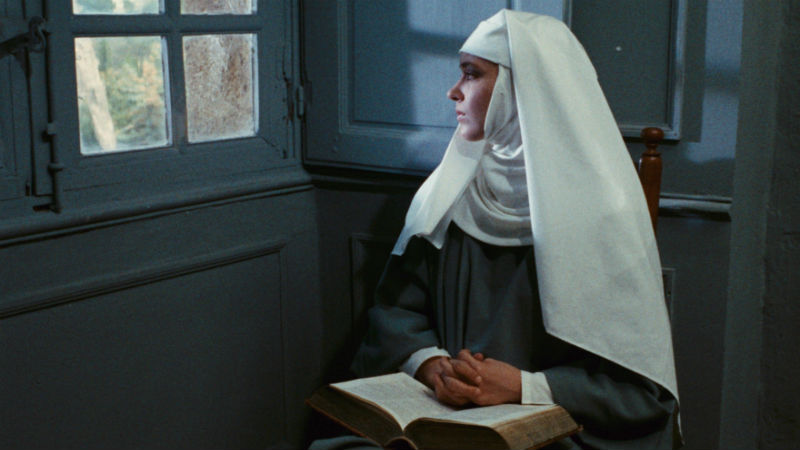 Suzanne Simonin (Anna Karina) is locked in a convent against her will. That’s because she’s the byproduct of her mother’s extramarital affair, and therefore less deserving of inheritance and dowry money than her half-sisters. After a shocking refusal to take the religious vow at the beginning of the film, she is finally persuaded that life is a convent might be better than outside, where she may end up begging. At first, Suzanne enjoys life in the convent, but her predicament quickly morphs into a nightmare as the loving and kind Mother Superior dies and is replaced by a sadistic and authoritarian female. Suzanne suffers every type of humiliation conceivable: moral, spiritual and physical. She attempts to buy her freedom with a lawyer, but she’s instead relocated to a different convent. This is where she encounters a very different threat: the affection and sexual advances of the super friendly and permissive Mother Superior.

Jacques Rivette’s second film is a journey into the hellish existence of an 18th century female. Suzanne faces an uphill struggle first against her family, then against the Catholic Church and finally against human sexuality. She is always at a position of disadvantage for being a woman. She’s expected to remain demure and obedient, and she’s urged never to question her fate. But her oppressors and tormentors aren’t always male. Other women also exercise their power over the hapless and vulnerable young woman. Despite being a free thinker at the beginning of the movie, Suzanne is left deeply confused as her notions of freedom are torn apart towards the end of the film. She’s driven to a very surprising gesture of escapism. Anna Karina is magnificent with her usual ultra-sad self, with her infinitely profound and melancholic gaze, combined with an intense yet fragile beauty. 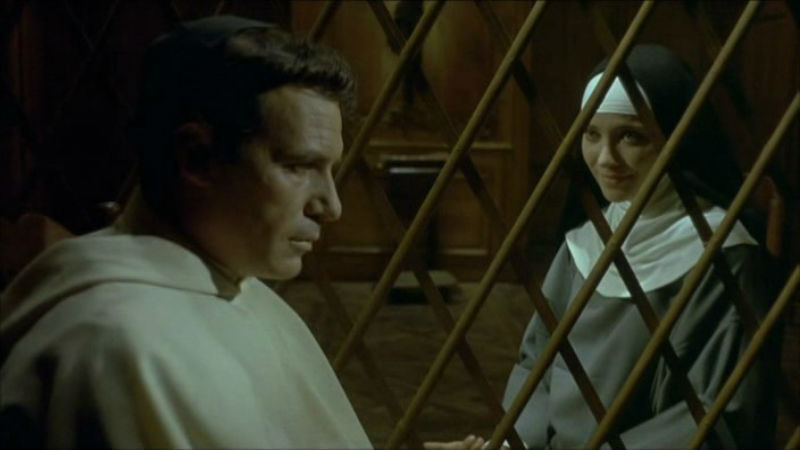 The Nun is a technically accomplished film, with superb lighting and photography. On the other hand and despite the ban, The Nun is not a very dirty film. It lacks the shocking sexuality and violence of Ken Russell’s The Devils and Pasolini’s Decameron, both made five years later and dealing with very unorthodox and twisted nuns. It’s not an impeccable movie either: there are problems with the narrative stream. The middle of the film feels a little protracted, while the ending is a somewhat confusing, as the director attempts to pack too many events in the last five minutes.

The Nun hits UK cinemas for the second time in five decades on July 27th, 2018. Available on DVD, Blu-ray and EST (electronic sell-through) on Monday, September 24th. The film was originally made in 1966, but it was only released a year later after a government ban both in France and for export was lifted.

Attempt at retelling the story of Jesus from a fresh perspective takes the apocryphal Gospel Of Mary as its source is engaging enough for non-religious people, but it remains to be seen whether people will interpret it as a feminist movie - on VoD July 9th [Read More...]