In the Shadows (Gali Guleyan)

"Greasy movie"
I think I'm going paranoid! Blend of neo-noir and kitchen sink realism set in the streets of Delhi will keep you unseated for most of its duration - from the London Indian Film Festival

With a title that makes an audience of Millennials think of one hit wonder The Rasmus, In The Shadows is a neo-noir that shows real potential for first-time feature director Dipesh Jain. Opening on a William S Burroughs quote that cues the audience in to the film’s ideological intentions, the film introduces a fragile Khuddoos (a terrific Manoj Bajpayee) watching Delhi through CCTV that he hooked into his apartment. He cuts a figure of an obsessive junkie. But it’s not drugs that are sending him on a downward spiral; it’s the oppressive cycle of a city that seems unable to consolidate its traditions with the technological needs of capitalist society. The paranoia of the city and a distrust of oneself gives the film a dreamlike element.

It’s a dynamic view of the city as shot by Kai Miedendorp: strong shadows intensify a noir aspiration blended with social realism. These play off each other well, such in a brutal scene where Khuddoos listens to his next-door neighbour brutally beating his son. That sets him on an ill-thought-out saviour quest. This element of the story gestures toward a Searchers (John Ford, 1956)/Taxi Driver (Martin Scorsese, 1956) lineage to some extent, or might remind an audience of Jaques Audiard’s 2015 Palme D’Or winner Dheepan. 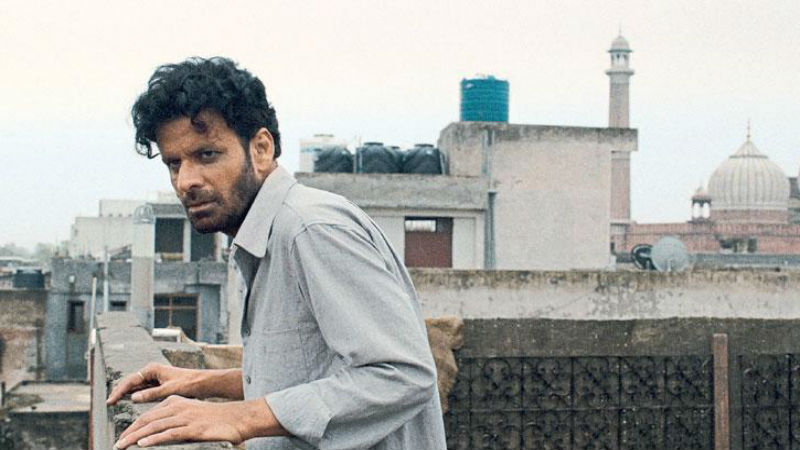 This is a film about a man sickened by his surroundings and taking matters into his own hands. ‘This place is a fucking maze. Once you’re in, you can’t get out.’ This isn’t the sun-kissed labyrinth that we see in LA-set noir, but something closer to distopia. Wires hang loose from walls, hidden alleyways are so narrow you find yourself sucking in your breath to get through them. Derelict buildings line the street. It may be a maze, but it’s one that Jain navigates with ease.

Posters of Vertigo (Hitchcock’s 1958 classic, that’s being re-released later this year) and a scene after scene of characters watching each other on screens or from behind a corner, calls back to the master of suspense and his disciples. A winking shot of blood dripping down a drain makes the link even more apparent. But Jain doesn’t merely try to replicate the technical wizardry of his influences. The director’s confident style juxtaposes the action and mise-en-scene of a thriller with toned down performances and handheld camerawork with flavours of social realism. He exploits the audience’s expectations and keep us unseated, enables the film to delve further into the paranoid psychology of Khuddoos. Imagine if Jafar Panahi remade The Conversation (Francis Ford Coppola, 2002) and you’re halfway there. 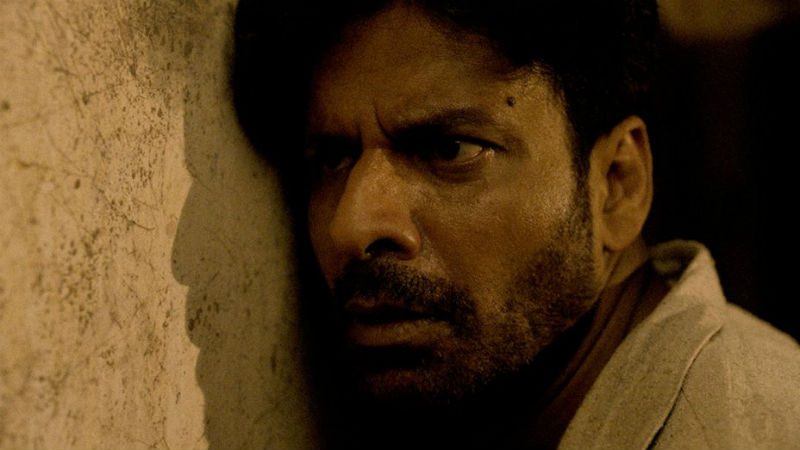 It is however these kitchen sink elements, particularly in the story of Khuddoos’ neighbours, that hinders the film. The little boy’s perspective lacks a real subjective viewpoint, so it comes through as a rather generic coming-of-age story. It sometimes seems like Jain is drawing a parallel between man and boy (they both see the city in a similar way) but In the Shadows is never quite bold enough to pull it off. The film gives it so much time as to distract from the driving horror of Khuddoos’ descent. Trim 20 minutes, and this could be exceptional. But as it stands, there is a contrived sentimentality and moralising to proceedings that dilutes In the Shadows of the intense power it promises.

In the Shadows runs as part of the 9th edition of the Bagri Foundation London Indian Film Festival, that runs at 15 cinemas, across London, Birmingham and Manchester, from June 21st to July 1st, with 27 films, including features and short films, in competition. It is the largest South Asian film festival in Europe. Buy your tickets here, or at the respective cinema box offices.

When Pete and Omar lose their beloved Gran they go in search of Omar's estranged father, confronting him on the day of his daughter's engagement party - now on VoD and DVD [Read More...]