"Dirty gem"
Real story of human resilience is profoundly moving, and it will twist and shake your notions of sanity and romance - in cinemas Friday, June 29th

Tami Oldham (Shailene Woodley) and Richard Sharp (British heartthrob Sam Claflin) met in the idyllic Pacific nation of Tahiti in 1983. The two good-looking youngsters immediately fell in love, and just a few months later they embarked on a 6,500 km journey to deliver the yacht Hazana to San Diego in 1983. They thoroughly enjoyed their adventure, basking in the sun and each other’s company in the luxurious and romantic setting. Until something went wrong.

It’s the narrative structure of Adrift makes it extremely engrossing and effective. Audiences find out that something went wrong, presumably a very powerful tropical storm, right in the beginning of the film, as Tami wakes up disorientated and on her own inside the wrecked yacht filled with water. But you don’t find out exactly what happened until the end of the movie. The story, which is loosely – but not entirely – based on real events, zig-zags back and forth in time to before and after the tragic event. The director cleverly contrasts the peaceful and heavenly journey against the aftermath of chaos. 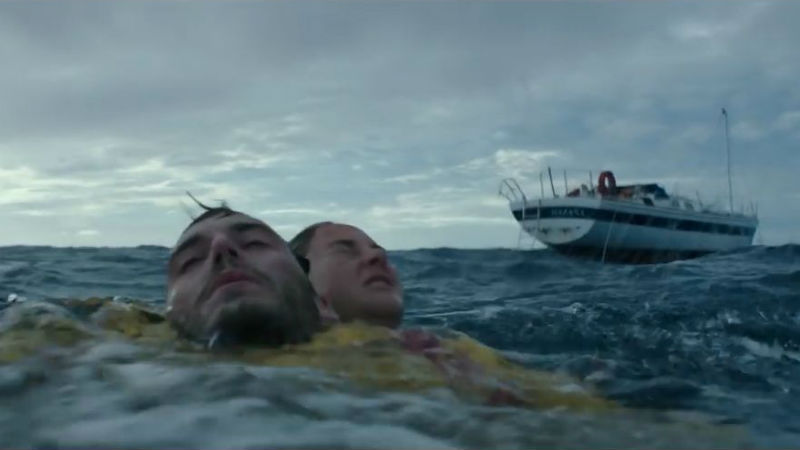 Tami eventually locates and rescues a seriously injured Richard from a tiny capsized lifeboat and fights to keep him alive. The problem is that the radio communications, the boat engine and much of the sailing equipment are all broken, and the hapless couple are left adrift in the middle of the Pacific Ocean, very far away from their final destination in California, and with the winds blowing in the opposite direction. They decide to turn around and head towards Hawaii instead, aligned the support of the air currents. But will the scarce amount of food last for the duration of their voyage? Will Tami cope with all the physically challenging work (as Richard is hardly able to move, with an exposed fracture on his leg and several broken ribs)? Will she challenge her vegetarian convictions and fish with a harpoon? Will the couple manage to find Hawaii with the limited navigation equipment? Will the hallucinations caused by malnutrition and sleep deprivation affect their will to survive and ultimately their sanity?

Adrift was supervised by the real Tami Oldham, who is still alive and sailing to this date. She gave her blessing to the entire project. She’s a heroine of resistance and epitome of human resilience, no less. Having such a gigantic person looking over your shoulder while you are trying to reenact a younger version of her in the most dramatic moment of her life is no easy task. But Shailene Woodley does an excellent job, blending female gentleness with visceral survival skills. She literally wears the soaking wet shoes of this incredible woman. 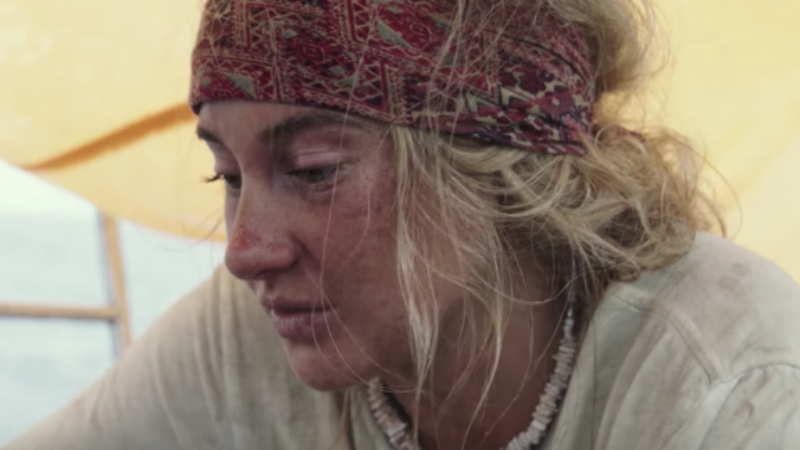 Tami previously wrote a book about the whole ordeal entitled Red Sky in Mourning: A True Story of Love, Loss, and Survival at Sea. You will benefit for not having read the book, and allowing yourself to wilfully fall in the psychological traps of the film.

The Icelandic director claims that this is a film about “real power that comes from within, not from the muscles”. He concludes: “Movies like this strip you down to essentials”. The subject of the sea is familiar territory to the filmmaker, who previously directed The Sea (2002) and The Deep (2012). The visual effects are very scary and impressive. I just can’t help wondering what this film would have looked like had it been directed by a woman.

Adrift is out in cinemas across the UK on Friday, June 29th.