"Filthy genius movie"
The REAL darkest hour of Churchill! Documentary reveals why the British Prime Minister is directly responsible for deaths of up to five million people during the Bengal famine of 1943 - from the London Indian Film Festival

This is a film that should be shown in a prime time television slot on the BBC. Sadly, that’s unlikely to happen. That’s because Britain is still very uncomfortable with discussing the atrocities of the British Empire, and the mainstream is not interested in historical balance. Most people would rather conveniently forget that Churchill is directly responsible for the deaths of up to five million people in the Bengal famine of 1943, and instead just continue to celebrate him as “the greatest Brit of all times”.

This 50-minute featurette is a extremely succinct and clear lesson on the causes of said famine. You will learn that the British wilfully crippled Bengal and Orissa (in what’s now Bangladesh and the Indian state of West Bengal) in order to prevent the Japanese from occupying the region. They burned the harvest (in what is described as the “scorched earth policy”) and sank the boats in an attempt to render the land unusable. Churchill simply wasn’t interested in the “collateral damage”: up to five million deaths (three million according to questionable figures from the British Empire). The mere redistribution of food from places of abundance to places of scarcity would have solved the problem. That could have been easily done had Churchill been a “nice man”, the film claims. There was no shortage of food, and the 2.5 million Indian soldiers fighting for the British Empire were well fed. To add insult to injury, Britain was importing grain from Australia and the ships would stop at India, before the staple was stored in the Middle East for future consumption in Europe. 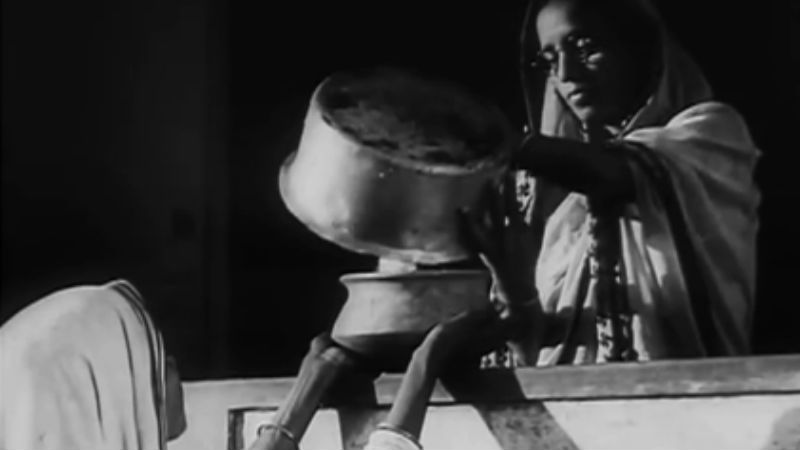 Churchill was a racist and he hated Indians. Not only he famously blamed the Indians for the famine because they were “breeding like rabbits”, but he also described them as “beastliest people in the world, next to the Germans”. Some of his associates were far more radical. Churchill’s scientific adviser Lord Lindemann was so violently racist that he would be physically sick at the mere presence of a Black person. This is the man who advised Churchill on eugenics, a philosophy enthusiastically embraced by the British Prime Minister. Both men believed in their racial superiority and therefore had a profound disregard for the lives of the “feeble and dirty” Indians.

The film also reveals an ironic fact. It was the staunch belief in racial superiority that allowed the Japanese to make huge advances in WW2. Both Americans and Brits assumed that non-whites could not be military efficient, let alone military superior to them. Once they realised they were wrong, the Japanese had already bombed Pearl Harbor and were on the Indian border, ready to take over.

The most powerful moment of the film is when a survivor of the famine describes how she witnessed a baby die of starvation while her mother tried to squeeze a few drops of milk from her breast. Upon realising the death of her baby, the mother immediately proceeded to offer these drops of milk to another mother who was also attempting to breastfeed her starving baby. The interviewee explains that she saw this with her very own eyes. This made me cry, and concocting the images in my head gave the nightmares. Reenacting this in a fiction movie would be borderline impossible, and it’s questionable whether it should ever be done. This would be the ultimate dirty film sequence. 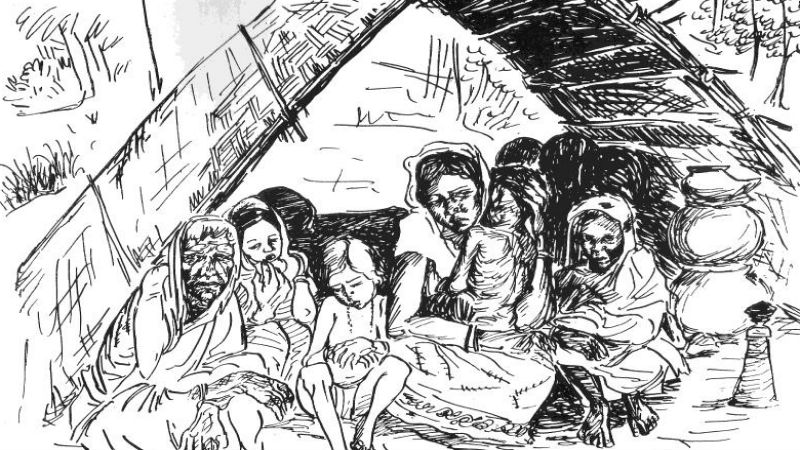 The film ends with people embracing a statue of Churchill in London, while also taking pictures. This is sordid evidence that the country is simply unwilling to remember his very dark side. The refusal to talk about the Bengal famine of 1943 in the British mainstream media (instead just churning out tub-thumping nationalistic garbage such as Joe Wright’s Darkest Hour, from earlier this year) is indicative that a certain sense of superiority still lingers somewhere in the minds of the British. The deaths of five million Indians simply isn’t worth debating.

Bengal Shadows runs as part of the 9th edition of the Bagri Foundation London Indian Film Festival, that runs at 15 cinemas, across London, Birmingham and Manchester, from June 21st to July 1st, with 27 films, including features and short films, in competition. It is the largest South Asian film festival in Europe. Buy your tickets here, or at the respective cinema box offices.