"Dirty gem"
When Pete and Omar lose their beloved Gran they go in search of Omar's estranged father, confronting him on the day of his daughter's engagement party - now on VoD and DVD

It’s hard to summarise this film as anything but a British Wes Anderson. Widened shots of piers and roads, acerbic dialogue, sardonic dealings of death (particularly when Pete throws his Gran’s ashes to avoid arrest over a beach bridge), a tasteful use of The Velvet Underground and luminous uses of yellow trousers matching the Parisien dark coats of the two main characters. So far, so Anderson, right?

But the film has such a nice level of frisson and joie de vivre, it works on its own terms as a piece. It’s a delightfully postmodern look at the classic tale of boy searching for his father. The film has many visual highlights, but it is the engagement party (which includes a reading from Omar’s mothers’ diary) that stands as the most memorable. During a mass confusion in, Pete and Omar unwittingly accuse a man of sleeping with their mother – the wrong man, even though incidentally he did cheat on his wife! 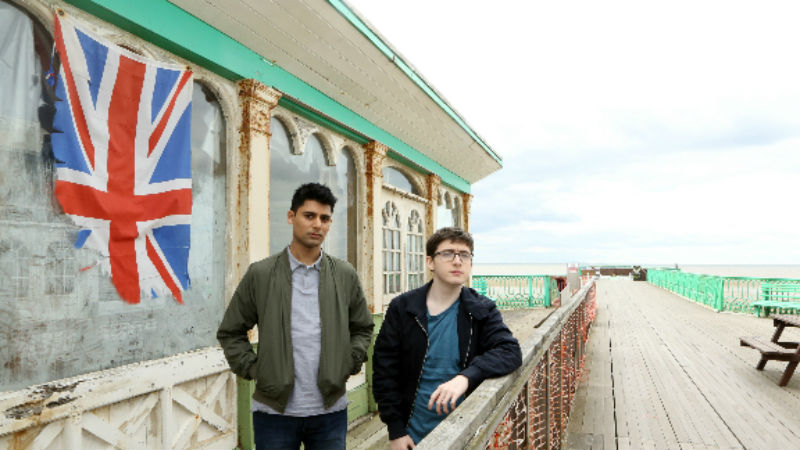 The film delves into the topics of infidelity and paternal abandonment with the thickest tongue-in-cheek, darkly flippant and ironic tone. “She had those eyes, almost as if something was wrong with her” Irfan (Asim Chaudry) tells Omar (Antonio Aakeel) about meeting Omar’s mother. Aakeel and Chaudry are on fine form, but Jack Carroll, playing the disabled Pete, is the real scene-stealer. Simply watching him trying to act anything but impish in a seduction scene (across from the sultry Natalie Davies) shows a comedic talent that stands beside the decided discomfiture of Peter Sellers and Stan Laurel.

Kevin Eldon, Johnny Vegas and Hayley Tammaddon punch up the supporting cast with strong supporting performances, with the right hint of subtle xenophobia. Despite his background, Omar’s foster mother suggests that he belong with “his own” (pointing to his Indian father), a particularly potent and shocking moment and one that supports an exclusivist England that voted for Brexit and one that touches on an all too potent nerve. 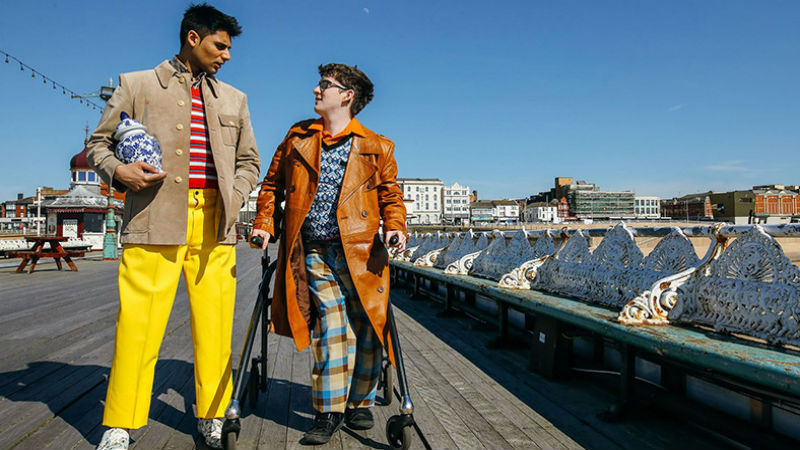 But it’s the way the film is shot and edited that proves the film’s selling point. Those long crane shots over a dawning beach, a blue silhouette of aquatic location and a kaleidoscope of flaming fireworks complete a cyclical montage of psychedelic pictures. Bar the thick Southern English accents, this film brims with the frisson of Nouvelle Vague. And it’s one Wes Anderson would struggle to beat!