Given that we already have an American re-telling of Anton Chekhov’s play The Seagull in the 2014 Christian Camargo Film Days and Nights, I am not entirely sure why we need another American version of this story. Granted The Seagull directed by Michael Mayer is set in a not dissimilar time period as Chekhov’s original play and uses a large proportion of his original dialogue. However, I can see no other reason why every character has a US accent even though they are discussing trips to Moscow. There are samovars and serfs aplenty but still we do not believe we are in Russia, or in fact America.

We appear to be in a strange quasi romantic idyll where the nature of the life of an artist is to be discussed at length and the main players are all in love with a person other than the one who is in love with them. Days and Nights fully explores the jealousy and longing while giving us a full blooded mix of comedy and tragedy. Chekhov’s plays are after all purported to be funny when seen in their native language. This film is neither funny, not essentially tragic. 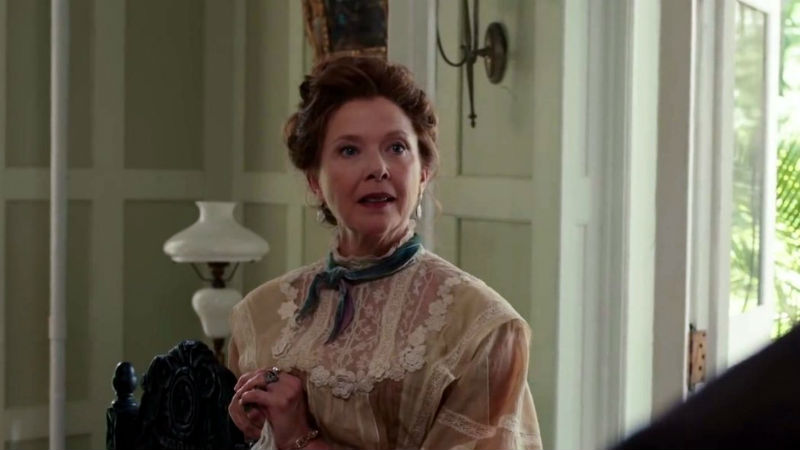 It is sad that Masha (Elizabeth Moss) is in love with Konstantin (Billy Howle) and despises school teacher Mikhail (Michael Zegen). Irina’s (Anette Benning) jealousy of Nina (Saoirse Ronan) when her lover Boris (Corey Still) falls for the teenage aspiring actress is inevitable and played to perfection by Benning. Konstantin is jealous of both Boris’s talent and Nina’s infatuation with Boris, shooting a seagull and placing it at Nina’s feet. The seagull of course is a premonition of how Boris will later destroy this young girl’s life by picking her up and putting her down again, disrespecting her ambition and sense of self in the process.

Masha’s gloom and open alcohol consumption are perfectly pitched by Elizabeth Moss (pictured below), but all of the main players in the story have essentially, what we now often site as “First World Problems”. They are for the main part, spoilt and privileged showing almost no recognition or concern for the people who work for them. Mayer places them in the background grafting away at farm and estate work and supplying food and drink indoors and outdoors to their supposed ‘betters’ as they sit and argue about which of them is more talented, younger or productive in life. 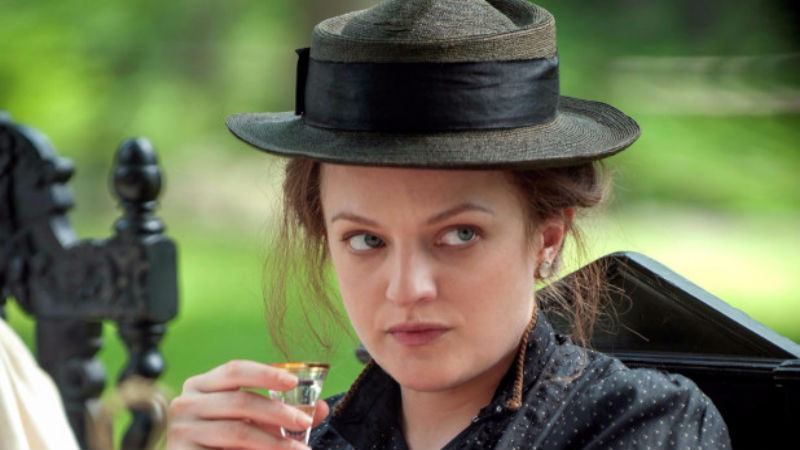 There is a beautifully telling moment as Irina leaves for Moscow when she turns to the housekeeper and a group of servants saying “Remember me fondly. Here is a rouble for the three of you”. Yes, tragedy occurs, Konstantin’s mother cares more about her acting career and her love life than she does about her son. Part way through the story she returns to work days after her son has attempted to shoot himself. Konstantin’s meagre success while she is away is discounted by his mother and she declares she has not read any of his stories “Where is the time?” There is time for ‘Lotto’, this is the image that begins and ends the film, a group of upper middle class people playing lotto in a well appointed drawing room. The film asks us to care about the emotional journey of this group, their family relationships and their growth as artists. I can’t help feeling that a few days of manual labour might have made them all appreciate their circumstances and love lives better.

Overall, this is a squeaky clean film. Bar the superb performances, it lacks the “dirty factor”.

The Seagull is out in cinemas across the UK in September, 2018.

One thought on “The Seagull”