In The Fade (Aus dem Nichts)

Racism and xenophobia don’t always come in the shape of verbal abuse, chants or even a pig’s head left in front of a mosque. Sometimes they operate in ways so obtuse and inhumane, that at first one struggles to believe that such actions could be justified solely by the colour of the skin and the origin of the victim. In In The Fade, neo-Nazis blow up a small office in Hamburg belonging to a Turkish man called Nuri Sekerci (Numan Acar), claiming the lives of the owner and his only child, a boy called Rocco (Rafael Santana). The non-German origin of the victims was the sole motivation of the crime. 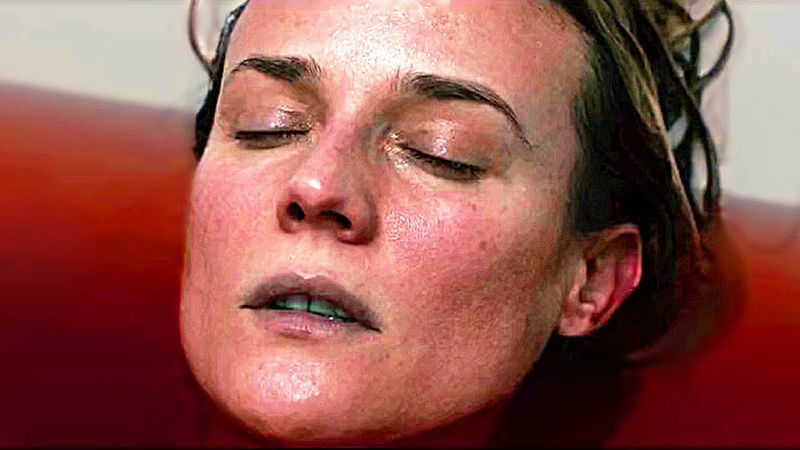 At first, the police fail to believe that this could be related to indigenous German terrorists (aka neo-Nazis), instead insisting that Nuri, who previously served time on marijuana charges, was a drug dealer and had a number of enemies. We learn the perverse rationale of the investigations: a foreigner is always on the wrong side of the law, particularly if he’s a former convict. His German wife and mother of his child Katja (an electrifying and superb Diane Kruger) and her lawyer Danilo Fava (Denis Moschttto) about the only ones who beg to differ, but Katja ‘s reliability is questioned due to her own petty drug use. She attempts to take her own life in one of the most graphic and disturbing suicide scenes I’ve seen since Alan Clarke’s Scum (1983).

Two neo-Nazi suspects are finally identified, and Katja’s reclaims her will to live in an attempt to make justice for her late husband and son. The court proceedings are particularly jarring. The two deaths are described in detail, as is the homemade bomb consisting of oil, fertiliser, 500 nails and a detonator. Katja chooses to face the people who likely murdered her family. Her sanity and her late husband’s moral integrity are often under question. At times, it feels like it’s Katja and Nuri who are under trial. 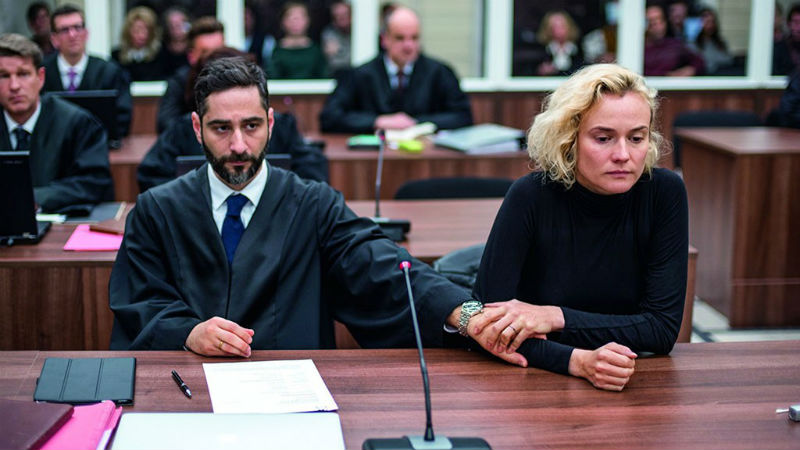 A very pertinent political twist is added roughly halfway through the movie. The neo-Nazis have links to the Greek far-right party Golden Dawn, which has several seats in Parliament. This is a sordid reminder that the neo-Nazi movement isn’t confined to Germany, but rather a pan-European and also a global trend. The film, which premiered at Cannes last year, was finished before Donald Trump was elected and began his ultra-racist and white supremacist tirade, in a vile attempt to perpetuate and redeem xenophobia. The neo-Nazis of In the Fade would undoubtedly feel at home in Charlottesville, and would be described by the Pussy-Grabber-in-Chief as “very nice people”.

Be prepared for a shocking film ending with a highly symbolic connotation.