"Greasy movie"
Murder or cruel twist of fate? Convincing German drama delves with a mysterious death, class divides and family allegiances, and it has a nice David Fincher-esque finish - watch now on VoD

The small town of Altena sits in the Germanic North Rhine-Westphalia with luscious valleys and clearly an idyllic life for some. The antithesis to his tranquil surroundings, Karsten’s (Sebastian Hülk) life takes a drastic change when a girl unexpectedly dies at a house party he is hosting. She is called Anna and prior to her death, Karsten and her are framed kissing before an abrupt cut. Berlin based director Asli Ozge, working in the German language for the first time, constructs a fairly atypical mystery narrative in All of a Sudden. Still, what unfolds is heightened significantly by the performances of all her cast, a deep cinematic style and a riveting final act. 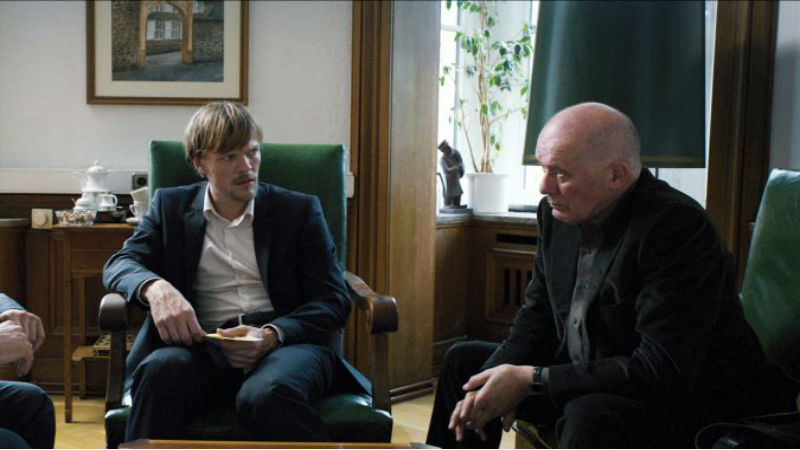 As Karsten runs out of his apartment and towards the nearest clinic, one cannot help notice all his future worries would have been avoided by simply calling an ambulance, rather than leaving the dying Anna alone in his flat. The result of a hasty transition to the film’s titles, the audience are left unaware of what truly happened after Karsten and Anna kissed. Rippling through the whole narrative, this cut leaves every action of the character down to interpretation and second guessing – is our protagonist really a murderer or has fate playing a cruel trick on him?

From the evidence stacked against him, Anna’s underwear is unearthed under his table and his inability to call the services leaves many, including his lawyer, questioning his true intentions. From a cinematic perspective, Muriel Breton’s editing proposes an infinite amount of possibilities for what really happened in the final moments of Anna’s life.

A calm man, it does not appear that Karsten is capable of murder, yet Hülk plays the character with an understated level of vulnerability; as his job, girlfriend and home town turn on him, there lingers a degree of emotional instability to him. This all comes to a head when a local newspaper reports on the incident in the press, resulting in his boss requesting for his imminent leave until the whole situation has ‘blown over’. 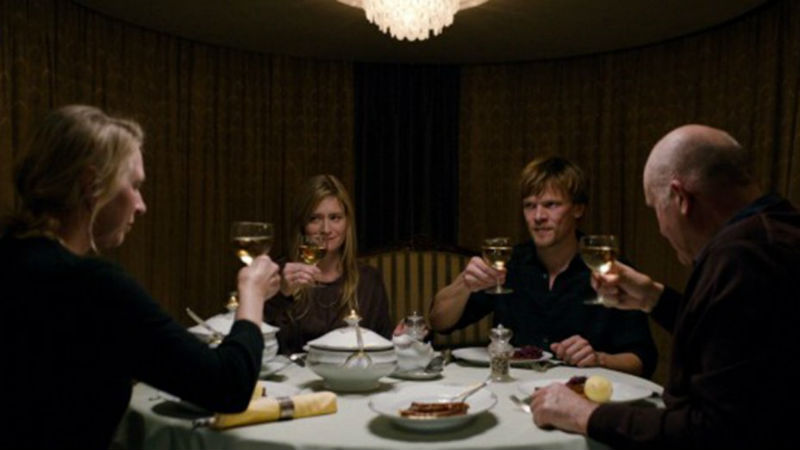 The only beacon of hope for him lays in his father’s strong connections to the town as a loyal patron and affluent donor to charities etc. As Karsten’s appearance in court draws nearer, Ozge deploys a tangible class divide in the form of Anna’s familial ties. The family are uncovered to be Russian immigrants to Germany- a juxtaposition to Karsten’s affluent roots in Altena. Extending this class divide, the low key lighting employed in the industrial estate of Anna’s home acts against the natural light of the protagonist’s working environment in a prestigious bank. Further, some scenes are light with a David Fincher-esque quality, strengthening the peculiar and off beat position the audience finds their opinion on Karsten.

Though the trail sequence plays out in a rudimentary manner, All of a Sudden’s most captivating scenes occur after Karsten has been placed under severe emotional and psychological pressure. Using the situation to his advantage with others, he is relentless in the pursuit of his old equilibrium. Hülk transforms from a shy reserved man, into a sinister, depraved human being. Ozge final shot leaves a tactile impression of the real world, a world where the corrupt succeed and exploit others to their own advantage.

All of a Sudden is part of the Award Winners’ series of the Walk This Way Collection, and it’s available for viewing on all major VoD platforms from November 2017.