"Filthy genius movie"
The iconic American director returns with a magnetic police thriller retelling the story of a black officer who worked undercover in order to infiltrate the KKK in the late 1970s, successfully tying it with Trump's racist rhetoric - now available on VoD

Spike Lee is in great shape again, after the relatively disappointing Chi-Raq (2016). BlacKkKlansman follows Black detective Ron Stallworth (John David Washington) as he and fellow Jewish officer Flip (Adam Driver) investigate the KKK, and succeed to foil a terrorist attack. The action is based on Stallworth’s book, Black Klansman, and it takes place in Colorado Springs in 1979. Stallworth was the first black detective/police officer in the city. The film was produced by Spike Lee and Jordan Peele (director of the acclaimed racially-charged horror Get Out, from last year).

Nigger and kike make a wonderfully dynamic duo. They are intelligent, nimble and able to mimic each other with perfection. Ron speaks to the KKK leader David Duke (played by Topher Grace, pictured above) on the phone using his real name pretending he’s a white racist keen to join the group, while Flip “incorporates” Ron and attends the KKK meeting in person. They are in serious danger if their real identities are revealed to the white supremacists, who hate both black people and Jews. Ron and Flip complement each other with perfection, with their dirty blackness and Jewishness. 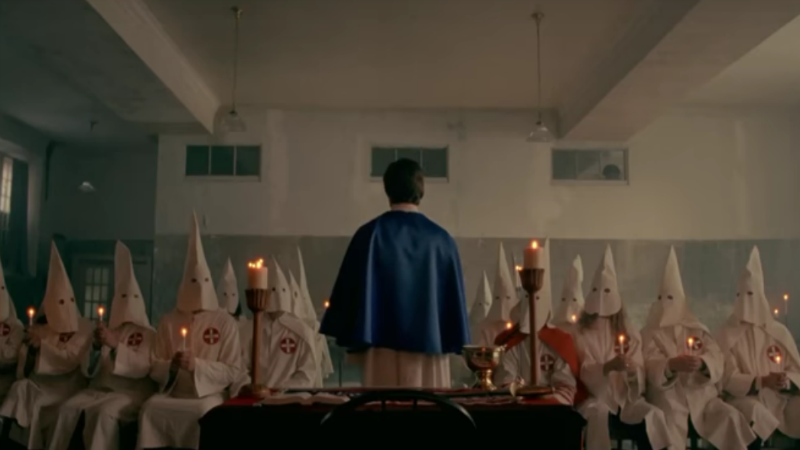 The “twoness” described by Black American philosopher W.E.B. Du Bois is the central pillar of the film: how can you be American and Black? But this isn’t the only duality highlighted here. Ron reveals to his activist girlfriend Patrice (Laura Harrier) that he’s a “pig” (a cop), and she confronts him with the following question: is it possible to make changes to a racist system from inside (i.e. by working for the police) or should one fight from outside? She urges him to abandon his job and to join the revolutionary Black Panthers, on which he has been grassing.

Spike Lee isn’t just a filmmaker. He’s a great maestro. BlacKkKlansman is a philharmonic orchestra with a multitude of players and instruments working in perfect harmony. The photography, the actors, the editing, the montage and the soundtrack are all immaculate and exquisite. The colourful clothes are extremely colourful and elegant. The fact that the film is set in the 1970s helps to justify the plush costumes (in Chi-Raq, set in the present day, the attires came across as a little too extravagant). Plus Lee has mastered filming black skin in the chiaroscuro (during the Black Panthers meeting inside a hall in the beginning of the movie).

The montage is phenomenal: a character played by Harry Bellafonte narrates witnessing the lynching of Jesse Washington (who had his fingers and testicles severed before being burnt alive, his body parts being sold as souvenirs and pictures being turned into postcards), and the images are contrasted against a KKK meeting, as they put on their hood, get riled up and chant. All of this happens to the sound of an electric music score. It reminded me a lot Raoul Peck’s equally impressive montage techniques in I Am Not Your Negro (2017). 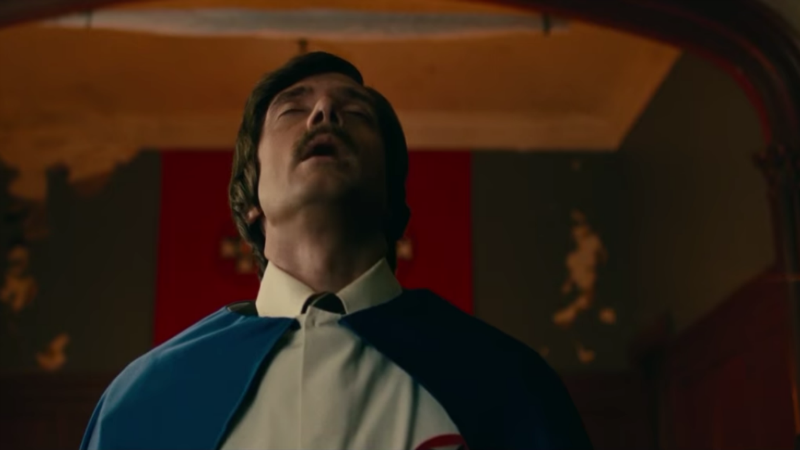 At the end of the film, Spike Lee shows real and very graphic footage of the Charlottesville neo-Nazi demonstrations, including the moment racist James Fields rammed his car into a crowd of counterprotesters, killing a woman and injuring 35 people. Next, we see Donald Trump describing both sides as violent and claiming that many of the white supremacists were “very nice people”, and present-day David Duke praising the president’s demeanour. The American flag then fades into black and white. An urgent eye-opener and call-to-action.

BlacKkKlansman showed in the Official Competition of the 71st Cannes Film Festival, when this piece was originally written. This writer was enthusiastically rooting for this film, but sadly it did not win the Palme d’Or, taking home instead the Grand Prix, widely perceived as second highest award. It wasn’t the first time that the Festival overlooked Lee: nearly 30 years ago the clear favourite Do The Right Thing (1989) also failed to win the Palme.

BlacKkKlansman is out in cinemas across the UK on Friday, August 24th. It is out on VoD on Monday, December 24th.