"Dirty gem"
Us and them. Following an outbreak that turns people into flesh-hungry zombies and filled Northern Ireland with prejudice against 'cured' zombies, the government has re-established basic law and order. But at what cost? - in cinemas from Friday, May 11th

Senan (Sam Keeley) is haunted by his past. Blood. Eating human flesh. He had no control after Conor (Tom Vaughan-Lawlor) bit him. Senan killed his brother. Now, years after the outbreak of the Maze virus across Europe, some 75% of former zombies have been returned to human consciousness but retain the memory of anti-social actions they could not control. Senan is one of their number, the cured. That leaves another 25% locked away in institutions. While the 25% sense that the 75% are like them and don’t attack them, they still pose a threat to everyone else who was never infected.

Senan has been reassigned to live with his bereaved sister-in-law Abbie (a terrific Ellen Page) who has agreed to take him in while he readjusts to society. He’s lucky: as the army’s Captain Cantor (Stuart Graham) tells him, not everyone’s family will have them back after what occurred. Just ask Conor: his father blames him for the death of his mother. Ireland is divided over the situation. The government talks of humane extermination for the 25%. Signs of a C with a diagonal slash though it have become the symbol to express anger towards the cured and there are ugly scenes and fighting on the streets. 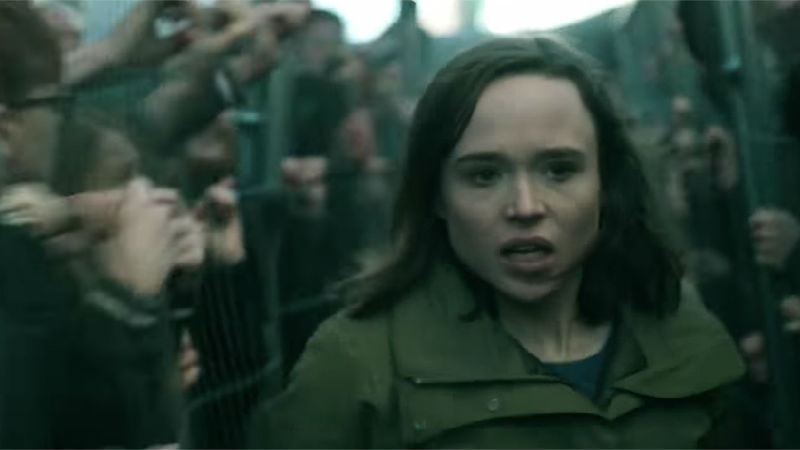 Filmed amidst the familiar bricks and mortar of the streets of Northern Ireland, this is the zombie movie recast as a brutal essay on difference: us and them. People divided by forces not of their own making. Abbie just wants to raise her small son Cillian and feels tension between herself and the anti-cured world, between herself and Senan who may know exactly how her husband died, and between herself and Conor who she doesn’t trust but who feels an attraction towards her.

The cured are required to take low social position jobs as part of their reintegration and Senan finds himself assigned as assistant to the kindly Dr Lyons (Paula Malcomson) who is engaged on the treatment of virus sufferer Jo (Hilda Fay) for whom she believes a cure can be found.

Conor becomes increasingly angered by the situation and rallies other cured to take action, starting with firebombing houses and ending, towards the finale, with the release of the 25% “because they’re like us”. With Senan becoming increasingly hostile to Conor’s actions, the two are set for a head on collision with Abbie’s son caught in the middle in a heart-stopping climax. 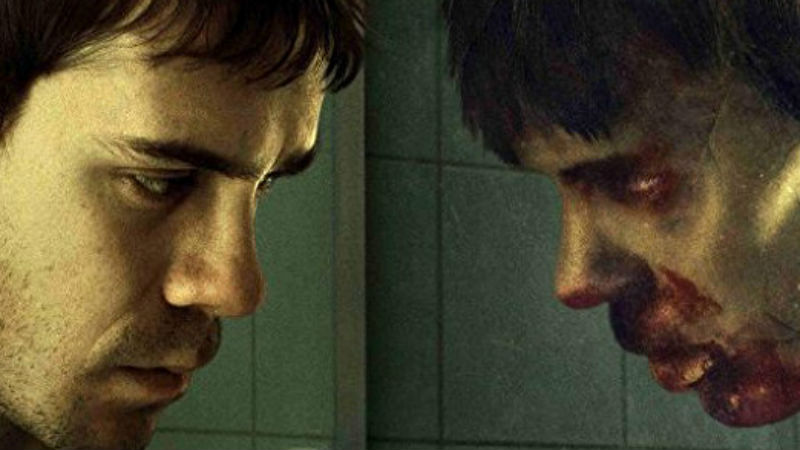 A zombie movie with a difference, this uses the genre to conjure up images of prejudice, sectarianism and the fuelling of hate. Images speak to Northern Ireland’s past: streets where it isn’t safe to walk, people assaulted or abused by army personnel, a masked assailant attacking a man in his family home. The narrative speaks equally to wider situations too – an Ireland divided by a Brexit border, a Britain rebooted as a Hostile Environment, a Europe set against refugees from outside, apartheid, the Holocaust… any situation where fear pits one group against another. That’s really not what you expect from a zombie movie.

Consequently, one wonders exactly what zombie movie fans will make of it. On the flip side, it remains to be seen whether art movie lovers who wouldn’t normally go near something like this can be persuaded to endure the violence and mayhem for the sake of the searing dramatic content. This being a brave attempt at something very different, which comes off, you should make the effort to go and watch it.

The Cured is out in the UK on Friday, May 11th. Watch the film trailer below: