"Thoroughly sanitised movie"
Go East! Stay away from this Western, unless you think religious undertones and extreme violence towards women are the right ingredients for the genre - in cinemas now

The wild wild west is an unforgiving place, especially in the New World during the 16th century. Dutch filmmaker Martin Koolhoven’s English language debut, Brimstone, is especially quick to spell out such a value. Following the story of Liz (Dakota Fanning) over numerous points of her life, the narrative is separated into four chapters; Revelation, Exodus, Genius and Retribution. Simply viewing these four sections, one does not need a PhD in Religious Studies to see the themes which Koolhoven is keen to discuss. Featuring Guy Pearce as an evil Dutch Priest, who also happens to be a paedophile with assassin abilities, Brimstone’s feminist core is destroyed by gratuitous violence towards women, peculiar plotting and an over reliance on style over substance. Having taken him years to write, if this world was a perfect one Koolhoven would never have bothered to pick up pen and paper. 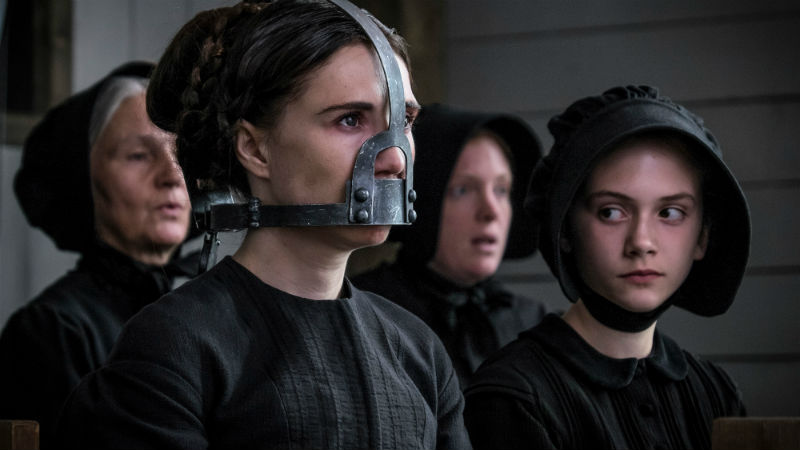 Revelation opens with Liz serving as a midwife to the small farm town in America’s mid-west. She is mute, yet we do not know how or why she came into such a state. Married to Frank (Paul Anderson) with one child born by him and another other Frank’s deceased wife, life is fairly uneventful, that’s until the new Reverend (Guy Pearce) enters their routine Sunday service stating that ‘we have all sinned and damned to hell’. Sporting a Dutch accent and a long scar on his left eye, Pearce is clearly having some fun in the role; if only that was applicable to the audience.

Shot with a keen eye, Koolhoven clearly knows how to shoot film. Varied with over the head shots, vast long frames and blacks that draw the eye in, the film isn’t boring to look at. The mid-west is captured with a clarity similarly seen in Slow West. However, unlike John Maclean, the narrative is convoluted to the point of confusion. After Revelation, Joanna (Emilia Jones) is introduced in Exodus out of left field and the narrative pieces have to be unnecessarily moved by the viewer, not the filmmakers. 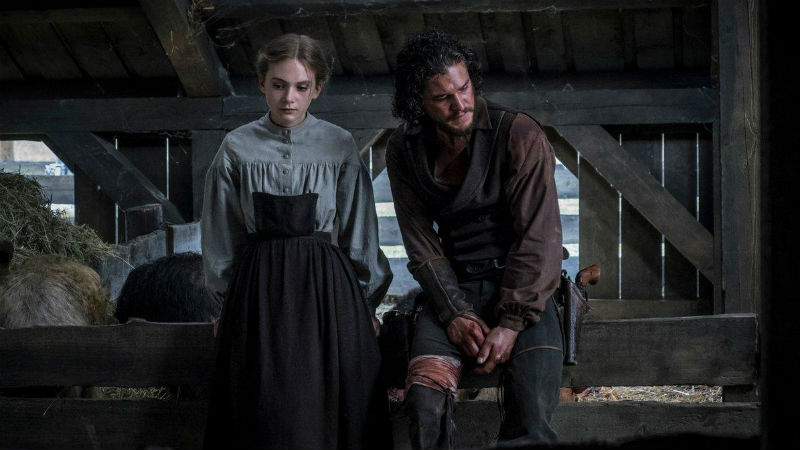 Female violence on screen is precarious. Though the horror of giallo’s such as Suspiria (Dario Argento, 1977) appear sadistic and through the male gaze, its violence serves a a greater purpose; genre and auteur theory. The complete antithesis to this sub-genre of horror, Brimstone’s extreme violence towards women is grotesque and unnecessary. The film’s violent edge is introduced early enough to know this world is unforgiving and does not need repetition or revisiting. From whippings, to attempted rape and inevitably death, the violence never serves a greater purse, for example character.

Though readers and the general public may think critics go into films looking to destroy them, I want every film I watch the be brilliant. Sadly, in this case, one must avoid it at all costs. The wild wild west provokes to be a dismal experience in Brimstone’s instance. It’s sure dirty, just the type of filth we don’t like.

Brimstone is out in cinemas across the UK on Friday, September 29th.

The Light between Oceans