"Mostly clean movie"
Walk on the wild west: blend of Western and comedy starring Robert Pattinson attempts to be a feminist movie, but the outcome is a little awkward - on Netflix on Monday, January 18th

Samuel Alabaster (Robert Pattinson, in a very convincing performance) is a clumsy cowboy. He’s on a mission to save his wife-to-be Penelope (Mia Wasikowska) from the hands of an evil kidnapper. His sardonic sidekick is the reluctant and makeshift preacher Parson Henry (played by the co-director David Zellner) and the inept duo have brought along the miniature horse Butterscotch. Samuel intends to give the animal to Penelope as a wedding present, in a ceremony intended to take place immediately after the rescue of the poor and vulnerable lady.

But Penelope isn’t as unprotected as Samuel assumed. In fact, the lady can perfectly fend for herself on more than one way. Slowly, the film morphs into a feminist story. The topic of being rescued against one’s will prevails throughout narrative. Women are emotionally strong and perfectly capable of making their own decisions, it soon becomes clear. Conversely, men are irresolute, needy and ineffective.

Damsel starts out as sort of circus ride through wild, wild West. The creatures and characters that Samuel and Parson meet are bizarre, grotesque a primitive. Everyone is rough looking, there’s a blind dog, a disabled midget, animals and people being killed all around. And there’s a twist of puerile humour everywhere. It feels very appropriate for Disney World ride. 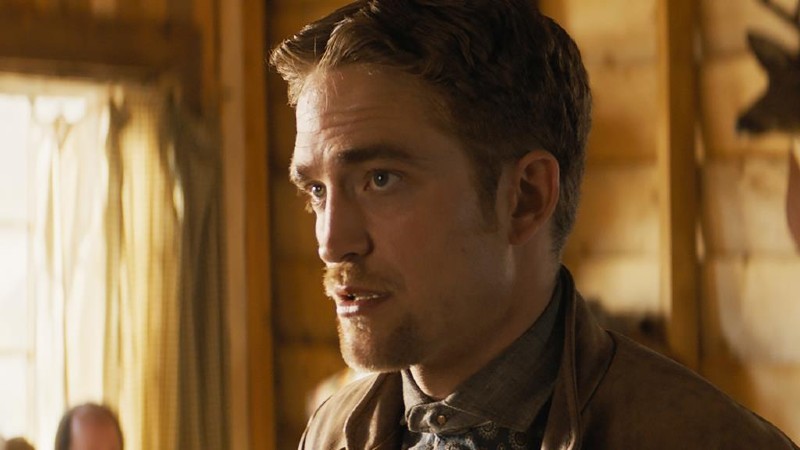 The film also has several elements of slapstick – such as Samuel not knowing on which side of the chest his heart is located and being unable to remove a chain from around his neck. Then it tries to become some sort of feminist movie. Penelope is empowered and savvy. In fact, she feels very urban and sophisticated. The film attempts to resonate with the #MeToo movement with some ironic lines about seduction: “you gave me the wrong signs”, cries out one of the males. But instead of coming across as a feminist movie, it just feels like a very old-fashioned screwball comedy (where “kick-ass” females ridiculing men were the norm).

The directors (both of whom also star in the movie) make the difficult decision to kill one of the main characters and big stars long before the end of the movie, just like Marion Crane in Hitchcock’s Psycho (1960). And just like Janet Leigh’s character, the character also dies in toilet (albeit in very different circumstances, plus there is not shower in here)! Another major difference is that this loss is not compensated by a complex and riveting script following the death and – unlike in Hitchcock’s masterpiece – the narrative becomes banal.

Damsel showed in the 68th Berlin International Film Festival, when this piece was originally written. It showed in Competition, but it didn’t win any prizes. In fact numerous journalists walked out of the film throughout the session presumably out of boredom.

On Netflix on Monday, January 18th.