The “I” in the title refers to Leyla, one of three friends who have finished school, and are ready to seize their first summer of freedom. Director Karin Heberlein’s Swiss coming-of-age drama, Sami, Joe and I (Sami Joe Und Ich), opens with the evocative words of Leyla’s late mother: “Always keep more dreams in your soul than reality can destroy.” This sentiment haunts the story, as Sami (Anja Gada), Joe (Rabea Lüthi) and Leyla (Jana Sekulovska) become deflated by harsh reality.

It’s Heberlein’s intent to show the difficulties of young adulthood, that contrasts to the hopeful enthusiasm of her characters. The trio are filled with naïve and abstract notions about the future, as they should be. There is a time to dream, to feel empowered, and the prospect of escaping institutional control fuels such hopes. The director however, is not narrow-minded, and she does not lose herself in the romanticisation of youth.

After an argument with her controlling and disciplinarian father Adem (Astrit Alihajdaraj), Sami overhears him tell her mother that their son is enough for him. Joe’s mother struggles to raise her children as a single parent, and Leyla experienced the loss of her mother at a young age. Even before the burden of young adulthood penetrates their future dreams, the trio have not been spared difficult experiences. From here the story touches upon the troubling issues of generational trauma and sexual assault.

Sami’s father lived through the Bosnian war, before resettling in Switzerland. Frequently clashing with his daughter, his past experiences allow the audience to show a modicum of sympathy, his nature possibly one borne out of traumatising experiences. It would have been interesting had the director explored the theme of generational trauma, penetrating the ambiguity whether Adem’s past experiences are the reason for his nature, or is he patriarchal? Heberlein is non-committal, but her approach to Joe’s own experience of trauma following a sexual assault is clearer. The film directly addresses toxic power structures, that force victims to live in silence or seek revenge, however, each choice is filled with pain. 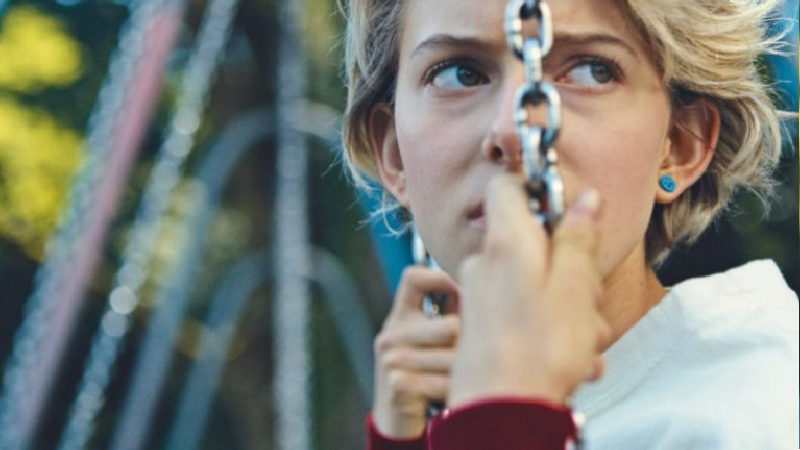 As in all coming-of-age stories, the characters encounter a metaphorical death as their experiences emotionally transform them. Leyla’s mother spoke about dreams, but Heberlein also emphasises that what we believe in is important. This is a source of energy we can draw off, even as our dreams collapse.

Sami is drawn towards the web of radicalisation because of her father’s controlling nature, and when she asks Leyla what it is she believes in, her friend answers, their friendship. It’s a moment that reminds us of the value of those simple joys that we need to hold on to. Our dreams and what we believe in are vulnerable and impermanent. We must protect ourselves from their destruction. The story celebrates friendship, and how we can empower ourselves when we’re connected to our tribe.

In spite of the challenges, Sami, Joe and Leyla hold on to an energy for life, but we’re left to ask the question whether it can hold out against adulthood adversity? Heberlein’s film doesn’t offer an end, instead the credits mark the end of a chapter, only there’s no next chapter, except life’s uncertainty.

Sami, Joe and I is a rewarding film, showcasing a filmmaker in command of her story. By not exploring the themes and ideas as aggressively as she could have chosen to, Heberlein creates a space for her audience to enter the film. She also honours the reality that people often internalise their thoughts and feelings, or as this trio do, internalise inside of their tribal bubble. Some questions are not asked, others may be left unanswered, but it remains an engaging film that acknowledges the difficult experiences, as much as it celebrates youth and friendship.

Watch Sami, Joe and I watch it online for free in December only with ArteKino.

A mother searches for her absent son in the shadow of the Hong Kong protests, inviting the audience to enter a hypnotic space - watch it for free during the entire month of December only with ArteKino [Read More...]

The Donbass war is seen from a women's point of view in this affecting documentary portrait of working in an endless war zone - watch it online for during the entire month of December only with ArteKino [Read More...]