"Greasy movie"
A man in London embarks on a reckless journey of self-discovery with manic, inexplicable fervour - low-budget, low-stakes thriller/drama is now also available on Netflix

So far, so-so. Fortunately, Surge does have more going on under the hood. The sound design is insistent and voluble, with never a moment of quiet amidst eight million Londoners. Up-close-and-personal handcam footage gives a decent runway of tension and the film is nicely pacy to match. It never reaches the heights of the single take of the movie Victoria (Sebastian Schipper, 2016) but it’s an admirable effort in telling a small story over a short period.

The nature of Joseph’s downward spiral is quite interesting. Rather than acting out for purely material or vengeful reasons, there are spiritual allusions, with freedom of mind, body and spirit as a reward for letting go. There is also the suggestion that madness is infectious. 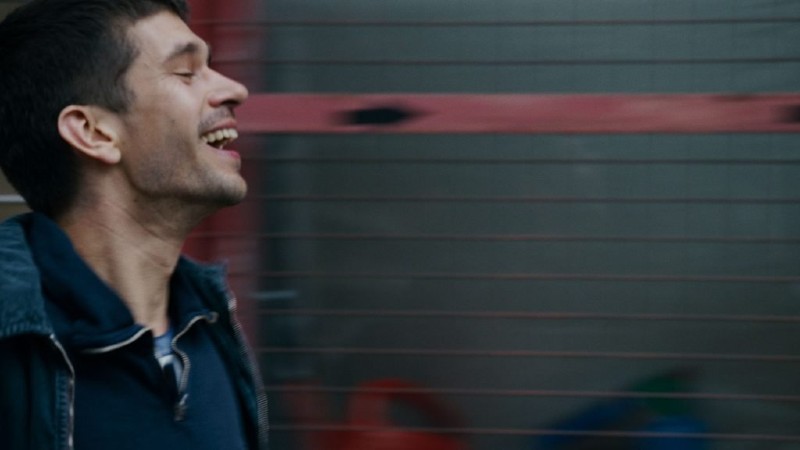 It is a chance meeting with a wild-eyed crazy type that perhaps sparks something within Joseph, in turn perpetuated through to the people he meets on his ersatz journey. The increasingly bizarre ways in which Joseph begins to express himself are undeniably fascinating, bringing unpredictability to an otherwise well-trodden theme. A few things are left unsaid or inaudible, inviting the viewer to draw their own conclusions.

The main talking point is likely to be Whishaw’s performance, a study in repression and browbeaten identity. Physicality is key here and he leans into a gangly, primate weirdness, as his breakdown progresses. It is a fair audition for the inevitable next iteration of Planet of the Apes franchise, seeing as Andy Serkisis moving more and more from performance capture to full-time directing. If you’re a dyed in the wool Whishaw stan, you could do much worse than Surge. I’ll take this chance to also recommend 2019’s Little Joe (Jessica Hausner), whereby he plays creepy of an altogether different nature.

Surge is in cinemas on Friday, May 28th. On VoD the following Monday. On Netflix on September 10th.

The pod people are back! A single mum scientist breeds a plant that will make people happy if they nurture it, in a film with strong echoes of Invasion of the Body Snatchers - now available on VoD [Read More...]