In cinema, a good formula often gives rise to many imitators. How many tales of werewolves and vampires came from the success of Twilight (Catherine Harwicke, 2008); or night-gone-wrong comedies aspiring to be The Hangover (Rodd Phillips, 2009)? This week’s new release Vanquish clearly seeks to emulate the blood-soaked charisma of John Wick (Chad Stahelski, 2014), but falls far short of the Keanu Reeves revenge thriller.

Ruby Rose, Reeves’ adversary in John Wick 2 (Stahelski, 2014), stars as Victoria, a mother who has put her past as a dangerous criminal behind her. Recently, she has been taken care of by Damon (Morgan Freeman), a celebrated police officer now retired, but quietly making a lot of money from various underworld activities involving corrupt cops. After revealing his secret to Victoria, Damon takes her ailing daughter hostage and forces her to embark on a night of chaos, collecting money at five ‘stops’ from criminals who won’t necessarily give it up freely. As the bodies and enemies pile up, she must draw on all her expertise to survive the night.

The film has a seven-minute opening credits montage that shows various images of Freeman, that establish him as a celebrated policeman but little else. This is presumably to gloss over the paper-thin set up, which doesn’t particularly explain anything. Why is Victoria the only person for this job? Why are these bags of money so vital? Why are the supporting actors meeting in diners talking about “The Operation”? The answers are either poorly explained or not revealed at all.

Rose works her way through “stops” that are all seedy, cheap locations with stacks of money, run by cardboard gangsters with offensively stereotypical personalities (the gruff Europeans, an eccentric and predatory gay character). Everything scene filmed with a migraine-inducing green filter, and endless bullets flying. The script is awful, with gems such as “what is this, a Crooked Cops Convention?” and “I heard you killed more people than Quentin Tarantino”. Whereas many ‘one night to save…’ thrillers can be deceptively simple, George Gallo’s film just doesn’t have much going on. 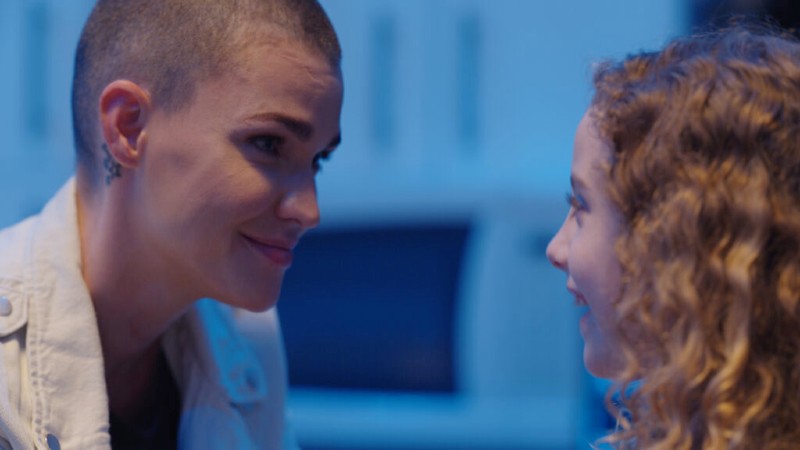 Freeman sits in a wheelchair with a headset in an expensive looking house, calling the shots. It’s a role that entirely relies on the actor’s presence, because he certainly isn’t getting any help from the script. Those who remember his work in some of the most beloved movies of the last thirty years will cringe at him appearing in this poorly assembled knock off, although to his credit he seems more engaged than a lot of a-listers who pop up in low budget stinkers for the money (we’re looking at you, Bruce Willis).

While perhaps not at her co-star’s legendary status, Rose does have a presence on camera that has seen her forge a busy career in the action genre. Again, she’s forced to fit work around a flat character that doesn’t seem to have any backstory beyond having a daughter and being able to beat people up. Action-thrillers are rarely deep affairs, but most give their stars more than a couple of lines to set up who they are supposed to be. She is convincing as a one-woman killing machine, and when a multiple Oscar winner can’t lift proceeding it seems unfair to judge her too harshly.

A baffling conclusion ends a movie that gives new meaning to the expression “thrown together”. Poorly thought out in every aspect, Vanquish lures you in with recognisable names, only to be disappointed by a story that’s terribly conceived and executed in a similar fashion. At one point Freeman remarks “It’s like a bad dream, isn’t it?”, to which Rose replies “This whole thing is like a bad dream”. They took the words right out of our mouth.

Vanquish is out on Digital platforms on Friday, May 28th.