"Mostly clean movie"
Ian Schultz explains why the promising British movie isn't as groundbreaking and subversive as it purports to be - on Sky Cinema on Friday, April 16th

Few films in recent memory have been so hotly anticipated since Promising Young Woman premiered at the 2020 Sundance Film Festival, where it caused quite the sensation, gathering almost overwhelmingly positive reviews. The critics have not stopped fawning over it. It is now a serious contender at the 2021 Oscars.

Carey Mulligan plays Cassie, a young woman whose bestie, Nina Fisher, was brutally raped and ended up committing suicide shortly after. This happened when they were both at college, and as they typically do, the school didn’t do any investigation and the young man who was responsible got off. The relationship of Cassie and Nina is unknown: Cassie has a broken heart necklace; the other half having belonged to Nina. The narrative could work better if they were lovers, but as far you can tell they were simply best friends. Cassie lands in a deep depression and for kicks, she pretends to be drunk at nightclubs and reveals her sobriety to her possible rapist just in time. She gradually plots an elaborate revenge against the man who raped her Nina.

The film fails because its entire narrative is built around “gotcha moment” twists that, besides the final one, are blatantly obvious. The most egregious example is the character Bo Burnham plays, who starts a little romance with Cassie. So maybe “it’s not all men”… but guess what, no, he is just like all the others: he watched her friend get raped and did nothing. There is a nauseating scene where Cassie takes an old female friend who didn’t believe her friend was raped and gets her drunk, then hires a man to take her to a room. She wakes up she thinks she has been violated in some fashion. That‘s some disturbing act of revenge, and for a film that purports to be feminist to suggest that traumatising another woman like that, albeit temporarily, is acceptable leaves a bitter taste in the mouth that even its bubblegum coating and cutesy pop song needle–drops can’t save.

Carey Mulligan is not bad in the lead, but given how poorly the character is written, you can’t help but wonder what producer Margot Robbie could’ve done with the character. Robbie has a more active screen presence that could have made the clunky beats of the story come more alive, whilst Mulligan is generally more passive in her roles, something she herself has admitted. Laverne Cox also appears as the boss of the coffee shop Cassie works at. Cox is one of the more prominent transgender actresses around, and basically plays the “sassy gay friend” role that became a lame trope in the ’90s, never mind in 2021, but because Cox is African-American and transgender it ticks all the intersectional boxes. The entire film is a cop-out, parading a girl–power message that’s shallower than the Spice Girls (who are on the soundtrack, by the way).

To give the film the benefit of the doubt, you would say it is about grief. However, every positive review has tried to make out that the film is a rape-revenge thriller and a savage critique of “rape culture.” The film is neither one of those, and it all hinges on the final act. In a convoluted way, Cassie “girl bosses” her way through the film, but when she finally has the rapist in her clutches, he turns the tables on her and uses his MyPillow to smother her to death. The final twist is that though she is dead, she is able to alert the authorities with scheduled texts and a delivery of the video evidence of Nina’s rape. But she is dead, and has been burnt to a crisp by this frat bros. 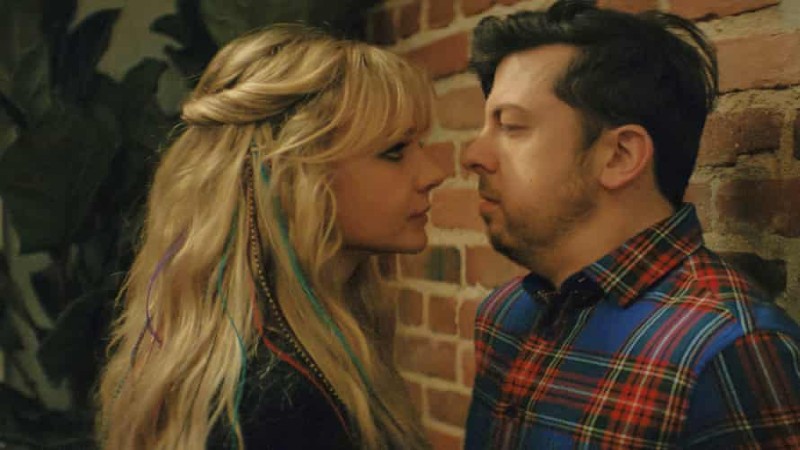 The entire film up to this point has been lecturing you that you can’t trust the authorities to “do the right thing“, but by the end you are asked to put your entire faith in the US judicial system. Anybody with a passing knowledge of the failures of the US judicial system (or UK system, for that matter) and its inability to serve “justice” for victims of sexual violence knows just how foolish a proposition that is – particularly if the murderer has a fairly strong self-defence case. That’s because she carved Nina’s name into his chest with a medical scalpel after tying him to the bed. The ending is so badly handled that is feels like it belongs in a second-class Scooby Doo.

The ending also perpetuates a sexist lie that woman who have been sexually assaulted will have a stain that will follow them their entire life. It takes away any notion that survivors of sexual assault can have any self-determination. Ms. 45 (Abel Ferrara, 1981) is a rape/revenge exploitation film about a mute woman who is raped twice in the same day. It’s a film of catharsis because the woman enacts her revenge in the most effective way: on a rampage of killing men. Even in the final moments of that film, where she is just blowing everybody away, including innocents, your allegiance and your faith lie with the female protagonist. At the end of Promising Young Woman, you just have two women dead, and some frat boys arrested who are hypothetically going to spend some time in jail. All faith is put in the judicial system, making it the perfect film for the neo-liberal elements that co-opted #MeToo, when it’s the system that must be dismantled. Incremental change within that system is not going to bring about justice.

In some corners the film has been called a “female Joker (Todd Phillips, 2019)”. That’s unfair to the movie from two years ago, which has some legitimate class politics and shows some compassion for people with mental health disorders. Even its title is a bad pun on what former Stanford student-athlete and rapist Brock Turner was called by the judge who presided over his case, afterwards giving him a sentence that saw him serve just three months in prison. The pun isn’t actually as clever as it thinks it is, and neither is the film.

Promising Young Woman will be made available to UK viewers on Friday, April 16 when it hits Sky Cinema.