For the first time ever, the Tallinn Black Nights Film Festival have expanded its programme to include a vast array of online activities exclusively for industry professionals - accreditation opens on Monday, September 21st

Founded in 1997, the Tallinn Black Nights Film Festival (PÖFF) has quickly grown to become one of the most prestigious film events in the world. It is the only such event in all of Northern Europe to hold FIAPF (International Federation of Film Producers Association) accreditation for an international competitive feature film programme, placing it alongside the likes of Cannes, Berlin, Venice and San Sebastian. On average, it showcases 250 films and sees an attendance of 80,000 per year.

This year is a year like no other, with festivals around the world having to adapt to new health and safety regulations, logistics and industry demands. Several festivals were either cancelled or held entirely online. PÖFF have made a different decision. The Festival is taking place in loco as usual, with a number of supporting activities taking place online for a much longer period of time. So if you are an industry delegate you can engage with other stakeholders regardless of whether or not you can fly to the Estonian capital between November 13th and 29th, when the 24th edition of the event takes place.

The first major change this year relates to the industry hub. 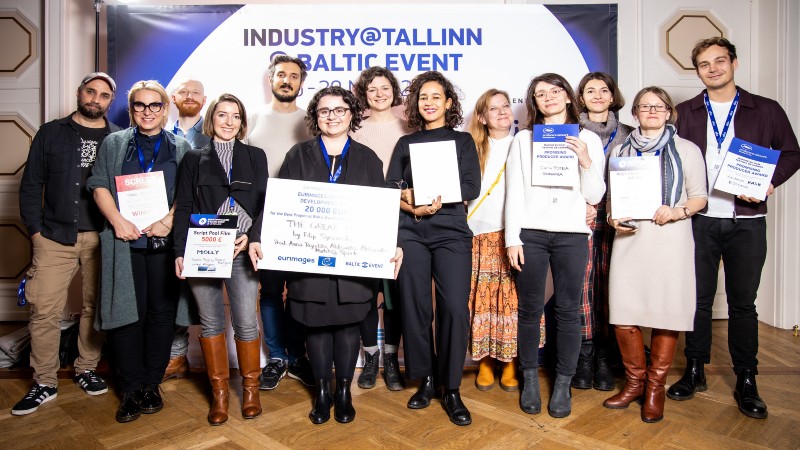 This year, the highly sought-after Industry@Tallinn & Baltic Event takes place online, connecting professionals in an entirely new way. The programme of the summit and trade fair for audiovisual industry professionals will be available in October. It will focus on finding new paths, inspiration and tools in a rapidly-changing film industry. Events include seminars, workshops, masterclasses, panel discussions with very special guests. Hot topics will address key achievements as well as unforeseen challenges.

In addition to full access to industry programme (which you can watch live or later at your convenience), you can also view a selection of films from this year’s Tallinn Black Nights Film Festival. There will also be supporting activities specifically designed for actors, scouting agents, film music composers, costume designers, set photographers, and much more!

For example, TV beats will be held for the third consecutive year. TV Beats is a forum that reacts to industry demands, and also a pilot edition of drama series marketplace. The drama series market is booming, and the demand for global streaming platform content is growing very fast. 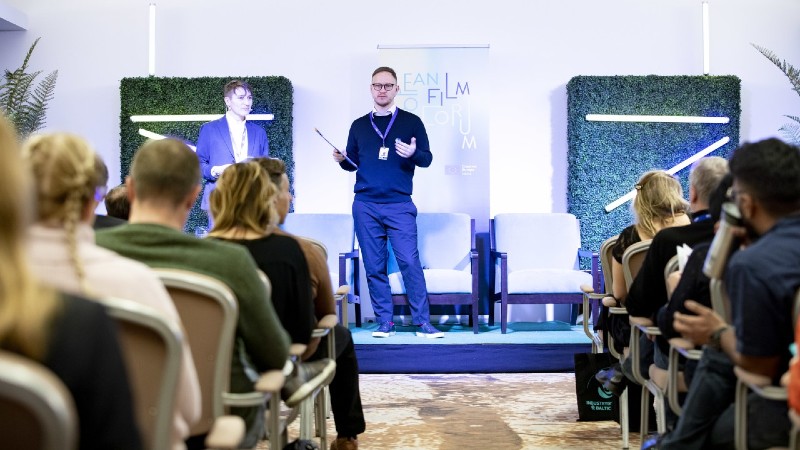 The panel was run by PÖFF as part of the European Genre Forum (EGF). EGF is run in a partnership with the Amsterdam Imagine Film Festival and the Fantastic Zagreb Film Festival.

No mountain too high

The industry challenges this year may look insurmountable. Many creative artists feel daunted and disheartened. It’s time to inject some optimism into the industry by creating new opportunities.

Marge Liiske, Head of Industry@Tallinn & Baltic Event, explains: “It’s no use pretending otherwise – the world has changed and we all need to find new ways to succeed in the film industry. This year’s Event will help producers, directors, scriptwriters and almost anyone else from the film industry find resilience, motivation and success in an unprecedented situation.

“We firmly believe that these digital transformations are an equalising force in the industry. We wish to connect talent regardless of social hierarchy or size of budget. We want to get the very best people together in a virtual room, pushing amazing projects forward and creating cinematic magic.”

This year the Event welcomes 10 producers from the British Film Institute (BFI). They will search for new projects and opportunities outside their traditional scope. Be prepared to impress them. Be creative!

The two images above are from last year’s edition of Industry@Tallinn & Baltic Event; the image at the top is from PÖFF’s award ceremony

The Tallinn Black Nights Film Festival has opened a side festival for its Russian community in the Eastern Estonian towns of Narva and Kohtla-Järve, in a country where integration is still an elusive concept [Read More...]

Our dirty questions to Mike Newell

The British director of Harry Potter and the Goblet of Fire and Four Weddings and a Funeral talks about his experience as jury president in the Tallinn Black Nights Film Festival, the future of the seventh art after Brexit, Truffaut, happy endings and much more, in exclusive interview! [Read More...]