"Dirty gem"
Portuguese couple in London engage in a battle against social services in order to save their three children from forced adoption, in this very Loachian family drama - on all major VoD platforms on Monday, July 11th

Bela and (Lucia Moniz) and Jota (Ruben Garcia) live somewhere in suburban London with their three children, aged between 12 months and 12 years. Diego is the eldest one, and he hardly speaks Portuguese, suggesting that the family settled in the UK a long time ago. The middle one is a quiet girl called Lu, who has hearing problems. The youngest one is baby Jessie. Beta and Jota have underpaid, low-skilled job: she’s a cleaner and he works in a timber store on a zero-hour contract.

The family struggles in order to make ends meet, with Bela unable to buy a new hearing aid for her daughter, and having to shoplift for home essentials. Bela’s mother in Portugal is unable to wire the money for her granddaughter’s device, instead suggesting that they request support from social services. But those who were intended to help the hapless family soon turn out to be their worse enemies. One day, social services take all of their three children due to bruises that mysteriously appeared on Lu’s back. Bela challenges Jota, but he says that he would never lay a finger on his children. Later we find out that the origin of the bruises was not violence-related.

The three children remain under the strict custody of social services. Diego constantly demands that he is returned to his vaguely dysfunctional yet loving family. But the cold bureaucrats don’t listen to him. Lu can only communicate through sign language, and therefore remains almost completely silent throughout the ordeal. Eventually, Bela and Jota are allowed to see their children. But only under draconian conditions: they may not express their emotions, speak Portuguese or even use sign language. An indignant Bela snaps in front of the case officers, causing them to cut the visit short, plus earning her the word “aggressive” printed on top of her file. 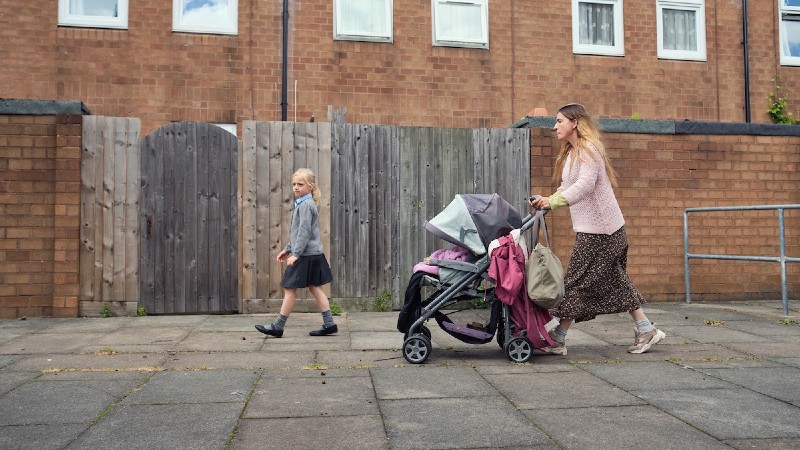 Naturally, the two parents become increasingly desperate. They learn that their children could soon go into forced adoption. The law had been changed in 2014, fast-tracking the process, which can now be completed within months. Once placed with a foster family, there is no return. The foster families get paid. And the entire procedure is irreversible. Bela and Jota face an uphill struggle in order to reunite their family, before it is destroyed for good.

There are many elements of social realism in Listen, in good Ken Loach and early Mike Leigh style. It accurately portrays the plight of the working class, particularly those failed by the very institutions that should help them. And it does not romanticise poverty. Bela and Jota are indeed fallible parents, but this doesn’t mean that they unfit for parenthood. Everyone makes mistakes.

The movie deserves extra credit for blending the topics of poverty and disability. Moniz is impressive in the lead, her suffering entirely palpable to any mother or human being with a sense of compassion. She conveys extremely well the unimaginable pain of having your children removed from your against your – and their – will.

Listen showed the 77th Venice International Film Festival, when this piece was originally written. It won two prizes at the event. It shows in October at Raindance. In cinemas on Friday, June 10th (2022). On all major VoD platforms on Monday, July 11th.