"Dirty gem"
Aspergic teen is taunted and bullied by a street gang in a leafy London suburb, exposing a country with institutions unprepared to handle young people with special needs - winner of National Film Awards is now on VoD

Red-haired Katy (Elinor Machen-Fortune) lives with her mother Lucy (Fiona Whitelaw) somewhere in the suburbs of West London. The verdant neighbourhood looks peaceful and quiet, the type of perfect residential environment for bringing up your teenage daughter. But there’s unrest creeping out of the apparently placid streets into Katy and Lucy’s home: a local street gang has decided to pick on Lucy.

The bullying tactics are profoundly dehumanising and intimidating. Katy is branded a “twitchy bitch” (in reference to the body language often associated with Asperger Syndrome). The bullies taunt and insult her at her doorstep, and one day they eventually break into her house. Perhaps unsurprisingly, Katy struggles to develop a romantic relationship with Roxy (Elijah Baker), who is very closely associated to the gang. The young man becomes infatuated with Lucy after watching her sing in a local open mic night. He is genuinely split between his street friends and the fascinatingly coy Katy. 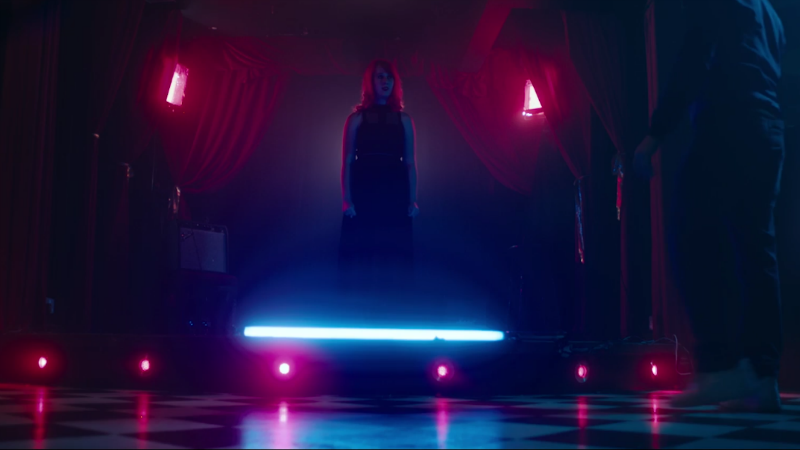 Despite being shy and introverted, Katy is not a weak character. She is undaunted by the knowledge of her disability. She does not wish to be seen as different and vulnerable. She’s prepared to confront her bullies, and her reaction will eventually land her in trouble with the police. Machen-Fortune has Asperger Syndrome in real life, which means that this must have been a profoundly liberating experience for the young actress. But she doesn’t “suffer” from her condition. I’m A Celeb star Anne Hegerty recently said: “I don’t suffer from Asperger. I suffer from idiots”, which also bodes very well for Elinor/Katy.

Acceptable Damage is a very tender and feminine film, produced (Anda Teglas) directed (Lavinia Simina), written (Fiona Whitelaw) and starred (Machen-Fortune and Whitelaw) by women. Tender doesn’t mean rosy and pretty. The photography is mostly dark and sombre with sparse artificial lighting, giving the film a certain realist feeling, plus rendering the whole experience a little mournful and jarring. It’s as if the DOP was saying: “youth is at ebullition, yet the outcome of such agitation isn’t always colourful and pretty”. 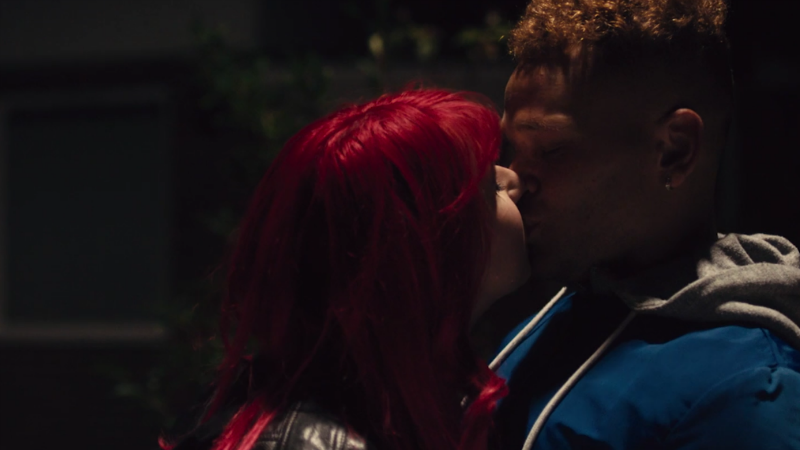 The institutions that failed to help Katy during her ordeal are also central to the story. Her mother Lucy frantically attempts to engage the police and even her local MP to no avail. An officer tells her: “vandalism and abuse is not an emergency”, while her MP dismisses her with an vapid remark: “as I understand this is an ongoing situation, and it’s monitored by Safer Neighbourhood Team”. She is instructed to send an e-mail, despite not being computer literate – this reminded me of I, Daniel Blake (Ken Loach, 2016), where the protagonist is forced to the grapple with the technology that he has never used.

Our lack of preparedness to deal with certain types disabilities becomes apparent, even in a society that takes disability more serious than most other countries. The mother’s desperation at such the consistent failure to help her daughter is entirely palpable. You will feel both indignant and moved. Also, be prepared for a very powerful denouement, which will hit you right in the nose!

Acceptable Damage premiered on March 7th (2019) at the Regent Street Cinema in London, in a partnership with DMovies. It’s out on VoD (Amazon, GooglePlay, Microsoft XBox and Sky Store) on Monday, March 25th. It shows on September 4th as part of the British Urban Film Festival in Ealing. It won the Best Action prize at the National Film Awards in 2021.