Ricky (Kris Hitchen) is a building worker with an impeccable CV, living with his family somewhere in suburban Newcastle. He persuades his wife Abbie (Debbie Honeywood) to sell off her car in order to raise £1,000 so that he can buy a van and move into the delivery industry. A franchise owner promises Ricky that he’ll be independent and “own his own business”, and earn up to £1,200 a week.

The reality couldn’t be more different. Ricky ends up working up to 14 hours a day six days a week. He literally has no time to pee, and instead urinates in a bottle inside him own vehicle (I would hazard a guess that Amazon’s infamous practices inspired scriptwriter Paul Laverty). His draconian delivery targets and inflexible ETAs (estimated time of arrival) turn him into a delivery robot. A small handheld delivery device containing delivery instructions virtually controls his life. Ricky has been conned. His “independence” is but an illusion. He might own his car, his company and his insurance, yet he’s entirely at the mercy of his franchiser.

Abbie is a carer for the elderly and disabled, and having sold off her car she now has to travel by bus in order to see her clients. She’s the epitome of selflessness. She is prepared to visit a client on a Saturday night if necessary, despite not being paid extra hours and travel time. She finds strength in helping these extremely vulnerable people. She tells one of her clients, an old lady unable to control her bladder, clean up and look after herself: “I get from you as much as you get from me”. She seems honest. This is a very short yet deeply touching conversation. The entire movie is dotted with small yet very powerful gestures of humanity and altruism. 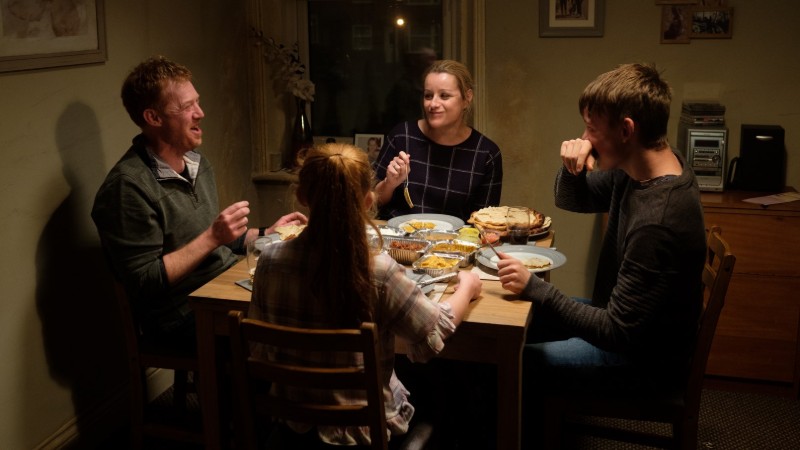 Despite the illusion of independence, both Ricky and Abbie work on zero-hour contracts. They are left with virtually no time for their two children, Seb and Lisa Jane. Seb turns violent and shoplifts. He does not wish to go to university because he’s afraid that he’ll end up with a huge pile of debts (he mentions a depressed friend who owes £57,000 in university fees). Lisa Jane internalises her anxiety, until it comes out in a shocking manner.

The pain and the helplessness of the entire family are very palpable. How long will it be before either Ricky or Abbie breaks down and snaps out of sanity? The entire film narrative is built upon such tension, similarly to Loach’s previous feature I, Daniel Blake (2016), which won the Palme d’Or just three years ago. Will Ricky and Abbie have their cathartic moment, the equivalent to Daniel Blake’s outrageous graffiti gesture, or will they continue to internalise their suffering until their financial condition improves?

In reality, Ricky and Abbie are trapped in the wrong end of capitalism. They work in conditions analogue to slavery. There is no way out, no matter how hard they work. They must carry on working without challenging the system and the rules, otherwise they could end up on the streets. They are not the only ones. Around four million people in the UK are now working while living in poverty thanks to slow wage growth and cuts to in-work benefits. Sorry We Missed You is not a melodramatic take on reality. Sorry We Missed You is reality. 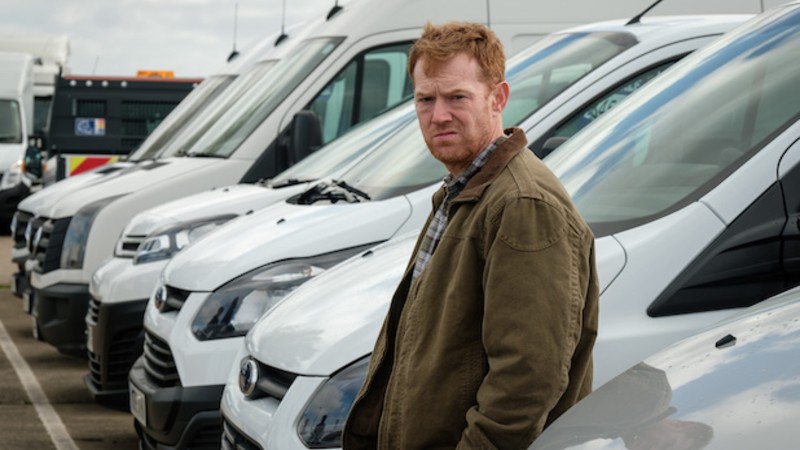 Ken Loach and Paul Laverty reveal that Britain has consistently failed the working class through a succession of events. It all started with the nationalisation of Northern Rock in 2008 and the subsequent mortgage crisis, which left Ricky and Abbie unable to get into the much coveted property ladder. Then came the widespread dissemination of zero-hour contracts (such working arrangement were initially intended for casual workers), leaving people destitute of labour rights and entirely at the mercy of greedy bosses. Then came university fees, leaving many young people hopeless.

The film also reveals that capitalism pits people against each other. Ricky gets a more profitable driving rota because another worker facing personal problems has failed to meet his targets. The dismissed driver becomes very angry at Ricky. Soon Ricky too fails to meet his targets, and his boss quickly threatens to dismiss him. The ruthless corporate environment in prepared to replace drivers at the blink of an eye. People are treated like disposable robots programmed to compete against each other.

The film title has a double significance. Firstly, it refers to the message on the paper card left in the mailbox of people who are not at home at the time of the delivery. Secondly, it refers to people like Ricky and Abbie, and every single person who has been marginalised and failed by the establishment. Sorry Britain failed you! You have to fend for yourselves. Tough.

Sorry We Missed You premiered at the 72 Cannes International Film Festival, when this piece was originally written. It moved me profoundly. I feel like giving the next Amazon delivery guy a big hug. It shows at the Cambridge Film Festival, which takes place between October 17th and 24th, and it’s out in cinemas on Friday, November 1st. Out on VoD on Monday, March 9th.

Our editor Victor Fraga met up with Ken Loach in order to find out what's gone wrong with workers' rights in the UK, as he releases his new film taking aim at zero-hour contracts [Read More...]

Versus – The Life and Films of Ken Loach

The well-mannered cricket-lover who quietly confronts the mighty British media and right-wing establishment - new documentary is out in cinemas on Friday with pay-what-you-can access [Read More...]