"Greasy movie"
Established Israeli filmmaker takes a kaleidoscopic look at the cosmopolitan and vibrant life of Haifa, all within one night and in one single location - in cinemas Friday, November 5th

The beautiful, young and innocent-looking Laila (Maria Zrek) runs a sumptuous art gallery in a building complex, complete with restaurant, bar and cabaret. She is married to an older and very wealthy man called Kamal (Makram Khoury). He drives a very expensive Land Rover and presumably helps his spouse to finance her profession. Despite her looks, Laila is not that ingenuous. She has an affair with the handsome Israeli photographer Gil (Tsahi Halevi), who is exhibiting his pictures at the venue. Kamal suspects that his wife isn’t faithful: “I’m not prepared for an open relationship”, he clarified.

Other guests are experiencing very different sentiments. Gil’s sister is bored of her sexless matrimony and pulls an attractive Arab man, and they promptly have sex in her car. Gil’s friend Hisham (Hisham Suliman) is breaking up with his confrontational wife Hawla (Hawla Ibrahiim). Hawla attempts to seduce Gil. Eventually, their differences escalate into violence. A gay couple reflect about the nature of their relationship, while a bearded drag queen called Josephine performs on stage. A man and a woman meet for a blind date, but she looks “older” than he expected, while he looks “less Jewish” than she assumed. And so on. 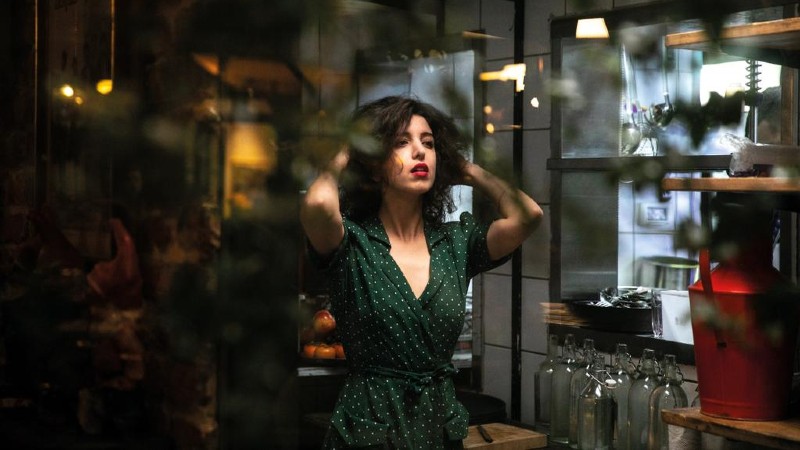 All the action takes place at night, and the Israeli coastal city is portrayed as an agile, cosmopolitan and tolerant place. Very fast and loud trains constantly passes in the background, mirroring the ephemeral predicament of our numerous characters. Israelis and Arabs mingle in relative harmony, even if the underlying tension is still palpable. Laila is concerned that the Israeli photographer might receive more attention than his pictures of Palestine. A combative young Palestinian woman (pictured above) challenges Kamal, demanding the price tag attached to his vehicle. Laila and Kamal themselves are Arab Israelis (it took me a while to work this one out because I am unable to distinguish between the two Semitic languages: Hebrew and Arab). Ethnicity and identity define almost single interaction.

Interestingly, it is always the women who are in control, make advances and take key decisions. Laila, Gil’s sister, Hawla, the truculent Palestinian female and the “older” lady in the blind date are the ones ultimately in charge. The men seem to abide with relative stoicism. This is a modern society no longer defined by patriarchalism.

This is an entirely auspicious French-Israeli production. It’s colourful and fun to watch. It just won’t stay with you for very long. A little bit like the fast trains in the background.

Laila in Haifa showed in Competition at the 77th Venice International Film Festival, when this piece was originally written. It’s out in cinemas on Friday, November 5th (2021).