"Mostly clean movie"
Director Étienne Chatiliez’s lethargic satirical comedy is not without charm, but it feels frustratingly quiet and long – on Blu-ray now.

Director Étienne Chatiliez’s debut feature provokes mixed feelings. While it possesses charm and humorous beats, it feels decidedly lethargic, which is counterintuitive to satirical comedy. John and Roy Boulting’s I’m Alright Jack (1959) and Heavens Above! (1963), two works which cement the comedic genius of Peter Sellers, are a benchmark for satirical cinema. They have not only abundant energy, but they show restraint, and convey the satirical message visually and verbally. But this is absent in Life is a Long Quiet River (La vie est un long fleuve tranquille), which is a little too quiet, and even at 90 minutes, it begins to feel long.

Watching filmmakers take shots at social establishments or the class system is a rather enjoyable activity – we are so often powerless and our voices unheard, but satirical comedy gives our collective frustration some gusto. But here, the situational comedy of two families from different walks of life thrown together, seems more content to poke fun at itself than to develop itself into a reputable rebuttal. 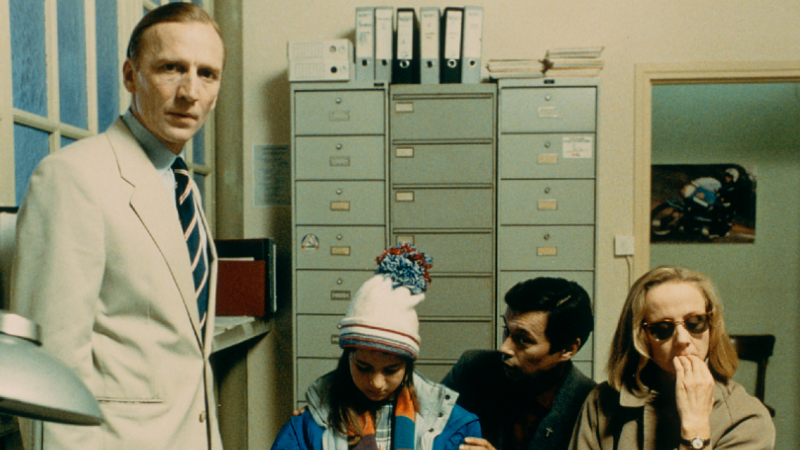 The class issue is not a diminishing concern for us socially nor economically, albeit the way it’s perceived or discussed has changed across the years – the image or news reports of homelessness to middle class working families queuing at food banks paints an evolving picture of the contemporary class system. Three decades after its release, Life is a Long Quiet River finds itself caught between the past and the present. It is timely to a degree as a satire of class, albeit the changing reality for the bourgeoisie makes it outdated, and yet it serves to convey the changing face of the class system. Reality is hurting the bourgeoisie, or disenfranchising members of the once middle class, and satirical comedy may no longer be called for to issue a scathing attack.

The theme of nature versus nurture arises, which agitates any consideration of class, and the limitations of one’s station of birth that can broaden the conversational relevance of Chatiliez’s film. The structure, with a type of prologue and epilogue sees the adulterous doctor and nurse dismissed for much of the film, and their absence is unfortunate as they make a delightful dramedy double act. Even the serious racial and immigration issues are underdeveloped, from the opening act of violence against immigrants, to the relationship of Hamed (Abbes Zahmani), the Arab store keeper with the Groseille family, in which ethnicity creates another tiered class system.

In an interview featured as part of the Blu-ray extras, director Chatiliez spoke about taking time away in a remote location with his co-writer Florence Quentin, and how the pair bought books on how to write a screenplay. He says that during walks she would pose him questions, and this is how he came across his story. His first feature was a rousing success at France’s César Awards, picking up prizes for best screenplay and début work. In spite of his previous experience directing short films, his foray into feature filmmaking had been delayed by his doubts about executing a feature. What’s problematic is that watching this interview, the filmmaker is more interesting than the film itself, which never got going.

Life is a Long Quiet River is out now on Blu-ray.

In rural Ireland, an ex-boxer uses violence as a currency while also caring for his autistic son, in this complex meditation on sacrifice, kindness and humanity - on BritBox on Monday, may 1st, alaso available on other platforms [Read More...]