"Dirty gem"
In rural Ireland, an ex-boxer uses violence as a currency while also caring for his autistic son, in this complex meditation on sacrifice, kindness and humanity - on BritBox on Monday, may 1st, alaso available on other platforms

In rural Ireland, ex-boxer Douglas ‘Arm’ Armstrong (Cosmo Jarvis) has become the feared enforcer for the drug-dealing Devers family. While spending much of his time with business partner Dympna Devers (Barry Keoghan), he also tries to be a good father to his autistic young son. But when he is asked by Paudi Devers (Ned Dennehy), to kill for the first time, his loyalties are tested.

“I can hurt people; there’s no hate in any of it now. Don’t go thinking all violence is the work of hateful men; sometimes it’s just the way a fellow makes sense of his world” says Arm. Calm With Horses opens with its protagonist’s narration, that familiar muffled sound of being lost in one’s own mind, disconnected momentarily from reality. The blood pulses, the words recollecting a violent childhood that has bled into adulthood. The silent inner voice breaks its silence before once again it is abruptly silenced, dragging Arm and we into his conscious reality, to in his words, “make sense of his world.” 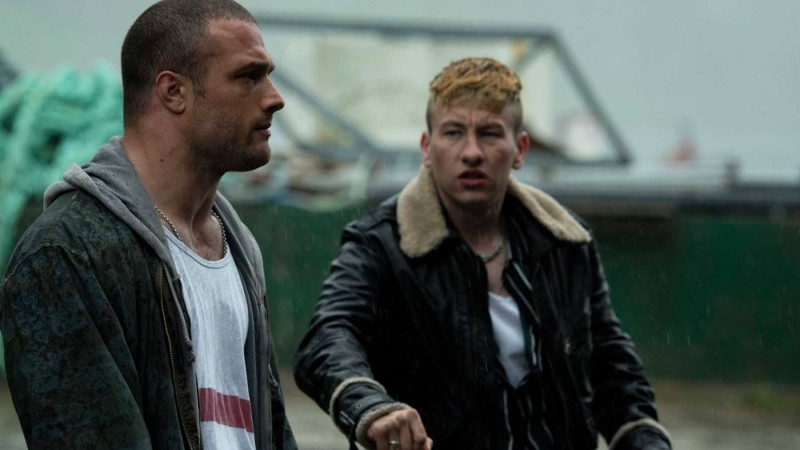 This action plays out in a tightly woven narrative, where the past is an injury that cannot be eased with either an amicable resolution or peace. In this type of story, the only closure is an anxious one – the protagonist forced to either accept its blow and fall, or continue the violent march.

The task undertaken by director Nick Rowland, adapting Colin Barrett’s short story, is not a film critiqued for its originality, but for the compelling emotional portrait of it’s characters. Following the violent opening scenes of Arm laying out Fannigan (Liam Carney), an associate of the family with a punishing beating, there is a sense that Rowland believes that the anticipation and consequences of violence are now more than adequate to impress upon the audience the violent world that the Devers preside over. Like Arm’s violent blows upon Fannigan, the film should deliver a punishing beating upon us. The success of a story such as this is not whether it entertains us, but whether we can tangibly feel its characters and their world. And the drama lies in the ultimatum confronting the character, simplifying the choices and emphasising that it’s not about where the character or story ends, but how we reach that conclusion. The calm and composed direction tempers the drama’s emotional intensity, yet emotionally we feel the weight of its strikes. 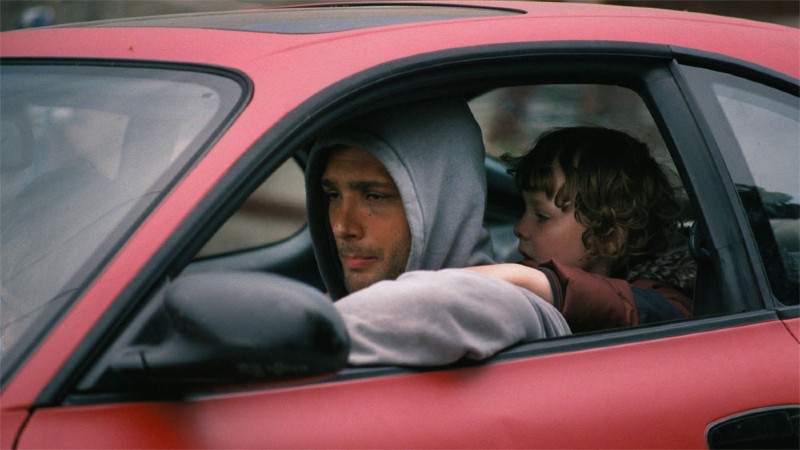 Calm With Horses displays an economy of storytelling, with the dramatic climax not relying not on the edit to piece it together, the scene unfolding around the camera which is strategically positioned. In the opening scenes of violence, Rowland skilfully uses the movement between wide shot and close-up. He details the harsh brutality up close, yet even when the cut to the wide shot distances us from the violence, it remains a shrill experience that is difficult to watch. This is in part because of the sound of the strikes of fists upon flesh and bone. While the close-up is visually more graphic, in Rowland’s hands the wide shot does not feel inferior, because once pictorially established, like a nail struck by the hammer, sound repeatedly drives the violence into our sensory cortex.

The artful presentation of violence, avoiding gratuity, and not allowing the edit to intrude upon the scene shows the richness of technical craftsmanship. A film’s heart however lies not in the superficial, but under the skin, and permeating the drama here is the idea that the person decides whether a cycle of violence is permanent or impermanent. With an emotionally wrought power, Calm With Horses looks to where we draw the line between sacrificing ourselves for others, and when that sacrifice is the greatest act of kindness towards oneself – liberation from what we don’t want to be, when one makes sense of one’s world. The message of the film is that as humans, we are tragic beings, yet we carry with us the flame of hope.

All The Wild Horses

Devils on horseback! Documentary follows competitors and organisers from round the globe on the Mongol Derby, arguably the hardest horse race in the world – in cinemas Friday, June 8th [Read More...]