In response to the ongoing recovery following the 2008 financial crisis, which saw Britain enter a period of austerity, former Prime Minister David Cameron’s message was that we were all in this together. Just shy of a decade later, Theresa May in her Brexit speech to the House of Commons in March of 2017 said, “…when I sit around the negotiating table in the months ahead, I will represent every person in the United Kingdom – young and old, rich and poor, city, town, country and all the villages and hamlets in between.”

What we hear in these disingenuous words are patriotic pandering to the masses. These are words chosen for effect, with the specific intent of convincing us that they are our champions or representatives. Yet of concern is how to the political elite, the diverse life experiences are an abstract concept, and their words or political spiel becomes a disingenuous version of the American Dream, better termed the “aspirational society”. And it is here that James Gardner’s feature debut Jellyfish is a scathing social and political indictment, bursting their proverbial bubble of a utopian dream of British unity.

A stinging piece of filmmaking

Set in Margate, Jellyfish centres around 15-year old Sarah Taylor, who between struggling to get along with her school classmates and dealing with her overbearing boss at the amusement arcade, is forced to look after her unstable mother and two younger siblings. One day her drama teacher challenges her volatility, suggesting she look to devise a stand-up comedy routine for the graduation showcase.

From city bankers and financiers to Margate’s 15-year old vulnerable adolescent. From a former PM claiming we were all in it together, who owned shares in an off-shore investment fund, and May’s own financial interests secured in blind trusts, to a vulnerable young person giving hand jobs out the back of the amusement arcade to top up her part time wage, even conning men on the prowl late at night. While rich and poor, like so many words or phrases are abstract terms in political spiel, they have a real meaning for those they describe. Gardner’s film is a piece of socially conscious filmmaking, with its finger on the pulse of our contemporary society, that pierces the disingenuous.

So, is Jellyfish a fictional dystopia, or is it the truth beneath the lies of a disingenuous political system – one motivated by personal agenda and ideology?

Yes, Sarah is a fictional character played by an actress, but a film does not exist in a vacuum, especially cinema that leans towards social realist cinema. Similarly to the cinema of Mike Leigh and Ken Loach, it captures a snapshot of genuine experiences of the impoverished in our society. What this hopefully achieves is to create a greater empathy for individuals whose lives are blighted by such struggles as Sarah’s, using visual storytelling in order to create a visceral emotional understanding. 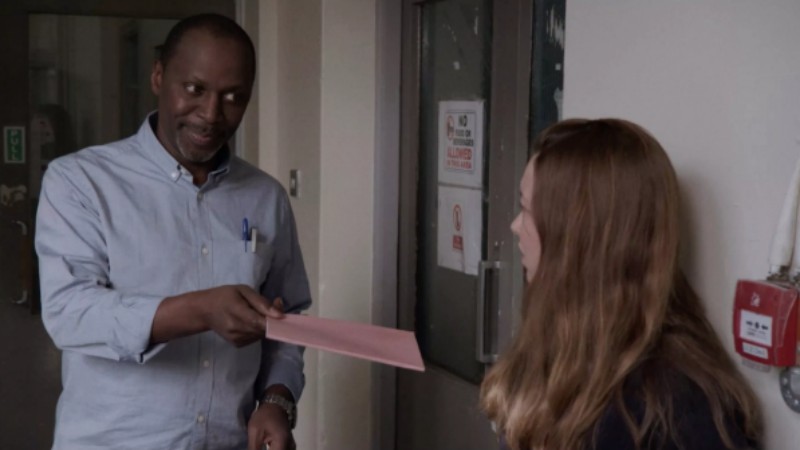 With its finger on the pulse, Jellyfish is in a unique position to humanise what the mainstream news media struggles to – the latter prone to evoking shock and anger. However, by taking us inside of the experiences of the impoverished, Gardner allows genuine empathy to flourish. Sarah is not only a victim of her situation and an ineffective social infrastructure, she is also a human being that can empower herself if supported by her society, and her rousing performance at the graduation show, of teacher and student empowering one another, is a testament of this.

Brexit has become the proverbial blame game for Britain’s inadequacies, echoing U.S President Donald Trump’s pulling out of storage Ronald Reagan’s “Make America Great Again” slogan. Ironically, it was Reagan and Margaret Thatcher that would play a significant role in deregulating the financial sector, that led to the 2008 crisis. If history has taught us a lesson, it is that a nation’s pursuit of greatness or prosperity leads to a greater division between the rich and the poor. The pursuit of British independence from the European Union has created what is effectively a smokescreen for the Tory government to install the Universal Credit system, criticised heavily for its ineffectiveness. Taylor’s sexual activities echoes recent concerns raised in the tabloids of March this year, reports of “survival sex”, of women on Universal Credit forced to turn to prostitution in order to survive.

Gardner’s films shows a dystopian truth beneath the disingenuous political system – of a PM who on the one hand asserts she is champion of the poor, yet compounds their poverty by supporting a withdrawal from the EU’ that has seen Labour opposition leader Jeremy Corbyn unable to fully challenge the failings of the Universal Credit system.

In one scene, the camera pulls back and leaves Sarah her in the managers office, where she is sexually assaulted. A character leads us on the journey through a story, and this is important to consider in looking at Jellyfish as a political critique. Gardner has delivered a genuine message of a Britain fractured, and while as a nation or a union of four nations we are a part of the Brexit narrative, sub-plots divide the life experiences of a diverse population. The abandonment of Sarah should act as a reminder of how connections are a matter of convenience or necessity, and just as she is necessary to the story, and May and Cameron had to appeal to the country, this connection can be terminated at any point by the person or persons who hold the power in the relationship.

Gardner through his decision to abandon Sarah becomes a metaphor of the British government, echoing the manipulative political machinations, specifically how Brexit juxtaposed with Universal Credit, the current political Tory elite are uninterested in uniting the country. Yet more poignantly, Sarah’s unseen suffering taps into a deeper feeling that has followed Brexit – of individuals no longer represented by the system, left to feel essentially invisible, as the rich and wealthy leading Tories gamble with future stability, selling off parts of the NHS in trade deals with Trump’s America. And who will be the one’s that will pay the price for these choices? The Sarah Taylor’s of our country, whose life experiences are an abstract concept to those individuals in power. 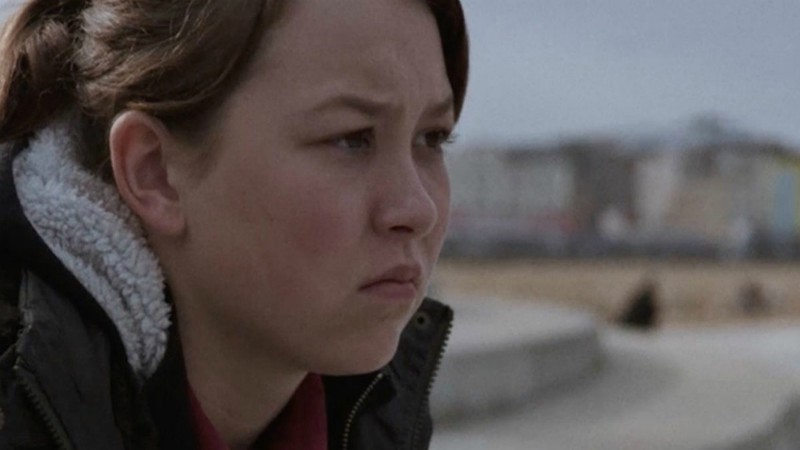 Jellyfish by its conclusion is a mix of cautionary optimism, remaining cynical towards the political establishment. It is indeed a celebration of the creative expression of the individual, and how art is a unifying force. Sarah finds a means to express herself and connect with people in a way she had previously been unable to, but beyond the end credits, Jellyfish is a cautionary tale of aspiration. The question lingers on what follows this momentary success for Sarah? Will she be allowed to succeed, to overcome her social and economic status, or will she remain stranded in an impoverished existence? The creativity of her comedy as a means of expression, in this age of austerity in which arts funding and creative careers are facing increasingly difficult times, leaves one with the impression that there is caution to be applied to aspiration. It calls for cynicism towards the political system that represents a select few – arts and creatives often a justified sacrifice.

Not every one is represented, but like Sarah in that room, there are those of us that abandoned or overlooked, and in this adversarial era of Brexit, it is the political elite pursuing their own agendas and self-interest. Can they really be said to be representing us all, or even a majority? The main two parties fight inner battles amongst their ranks, while other parties including the Liberal Democrats and The Greens are fighting to get the message across that they hear our voice. Yet whose voice? Beyond Brexit, there are sub-plots impacting ordinary Britons, and the adversarial disagreement between ‘Remain’ and ‘Leave’ only threatens to increase the hardships of the most vulnerable in our society.

Jellyfish is available on digital HD on Monday, June 24th.