"Filthy genius movie"
Aspiring astronaut converts his council block into a spaceship in order to save it from impending demolition, in impressive French feature debut - on Mubi in January 2022; also available on other platforms

With the world erupting in chaos and corruption, the safest place to be is up in the stars. The movie begins with archival footage of Yuri Gagarin, the first man to orbit space in 1961, being greeted with cheers and applause as he inaugurates the now-demolished apartment complex on the outskirts of Paris that bears his name, Gagarine Cité. The film jumps ahead to 50 years later as Gagarine Cité is close to being demolished.

Youri, (played by newcomer Alséni Bathily), an aspiring astronaut, tries to save the building from collapse as he converts the council flat into a spaceship by rearranging the electrical wiring of the building to growing hydroponic crops and making water filters based on YouTube videos of cosmonauts living in space. With the help of former residents Diana (Lyna Khoudri) and Houssam (Jamil McCraven), Youri attempts not only to save their home, but the history and memories that held the council flat stronger than any concrete foundation. As Youri risks life and limb to save his home/spaceship, he passes the point of no return.

What originally started as a critically-panned 2014 short film of Liatard and Trouilh filming the residents of Gagarine Cité, the film evolved into a theatrical narrative as members of the non-profit, Neighbors Without Borders, helped Liatard and Trouilh make the film by having the residents talk about their memories and living conditions in the 370-apartment housing project. 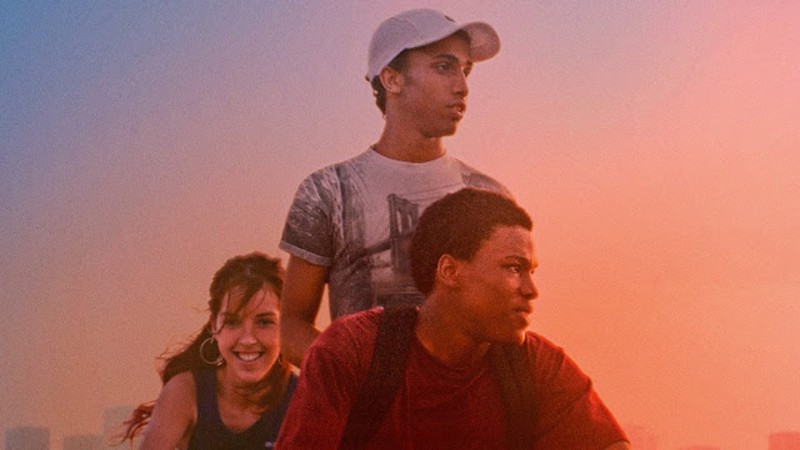 Rather than filming a gritty, kitchen-sink drama about life in a dilapidated building, Liatard and Trouilh managed to create a poignant story that bridges the starry-eyed, sci-fi escapism of Steven Spielberg’s Close Encounters of the Third Kind (1977) with the vérité-styled objectivity of Ken Loach’s I, Daniel Blake (2016). Cinematographer Victor Seguin’s rotating camera gives you the feeling of spiralling into space and beyond reality even when your feet are firmly planted on the ground. The crimson red lighting of Youri’s apartment is reminiscent of The Discovery One from 2001: A Space Odyssey (Stanley Kubrick, 1968). Adding to the visual spectacle is Amin Bouhafa and Evgueni Galperine’s hypnotic, drone-infused score.

Bathily brings both a physical intensity and big heart as a dreamer trying to save the building that has housed his memories and ambitions. Luna Khoudri brings a nurturing and freewheeling presence to the film as she tries to help Youri not fall out of orbit with the world they inhabit leading to a memorable scene set on a tower crane. Finnegan Oldfield’s performance as a tough, small-time drug dealer adds to the humour and poignant energy of the film. My only regret about Gagarine is not seeing it in a packed theatre. However, regardless of screen size or the future of socially-distanced cinema, Gagarine is a moving and ambitious film that signals the arrival of new and vital talent in the guise of directors Fanny Liatard and Jérémy Trouilh.

Gagarine is in the Official Selection of Cannes 2020. It premieres in the UK as part of the Glasgow Film Festival between March 4th and 7th. In cinemas on Friday, September 24th. On Mubi on January, 2022. Also available on other platforms.