Ever found yourself with the Internet down and nothing to do? It’s not easy. Maybe you’ll go for a walk or a run, maybe you’ll dabble in an old hobby. But once that’s over, then what? You have to actually pick up a book or watch terrestrial TV, and neither of those can send you down an entertainment rabbit hole like YouTube’s algorithms.

The perniciousness of the Internet – the content, in all its immediacy and diversity – just never ends. Is this good, is this bad? What is it doing to our brains? This is the subject of Jon Hyatt’s Screened Out, a sobering appraisal of our digital lives.

Hyatt is a self-confessed phone addict: ‘It pulls me away from my work, my children and my relationships by feeding me constant updates and notifications.’ His wife, Kathleen, is no better, describing her phone as a window to the world and even a vital social cue: ‘Whenever there’s a lull in conversation, you just check your phone.’ However, Hyatt’s main concern isn’t himself or his wife, it’s his three young boys. They already seem mesmerised by screens, and taking them away guarantees a tantrum. Of course, Hyatt’s experience is shared across the developed world, and the stats are there to prove it: 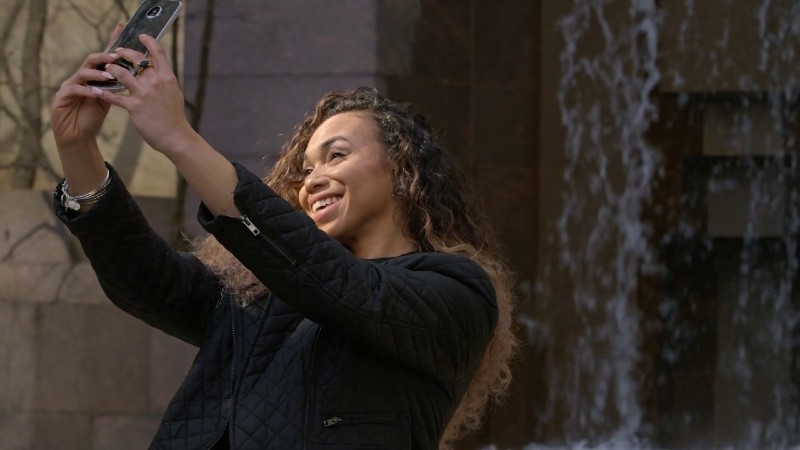 Concerned and intrigued in equal measure, Hyatt seeks to explore the issue by speaking to a cross-section of society: teachers, doctors, authors, academics and those involved in perhaps the bête noir of the piece – Silicon Valley. That isn’t to say Screened Out has an axe to grind, it hasn’t. But let’s face it, you wouldn’t blame it if it did. After all, the Internet is mired with cynicism and narcissistic primacy, whether its the dubious overlords south of San Fran or the scores of selfie-takers and ‘influencers’ – so much of it is ripe for criticism and mockery. None of that is found in Hyatt’s documentary, though. Rather, it presents an even-handed inquiry that holds a mirror to its audience with the purpose of helping, not judging.

Nevertheless, Silicon Valley doesn’t fare well under the spotlight. We see Sean Parker, ex-president of Facebook, say: “[it] was all about how do we consume as much of your time as possible? We need to give a dopamine hit every once in a while, which will get you to contribute more content. It’s a social validation feedback loop, exploiting a vulnerability in human psychology. We knew this and did it anyway.’ Chamath Palihapitiya, another former Facebook executive, corroborated Parker’s claim, adding that ‘We want to figure out how to psychologically manipulate you as fast as possible and then give you back that dopamine hit… we have created tools that are ripping apart the social fabric of how society works’.

The key takeaway from Screened Out, then, is that social media, like the slot machines of Vegas, is addictive by design. And addiction to technology, it must be stressed, is very much an addiction. Just as a gambler pulls the lever on a slot machine, phone users scroll through their bottomless social media feeds, chasing a pinprick of dopamine from a like, message or some other digital banality. 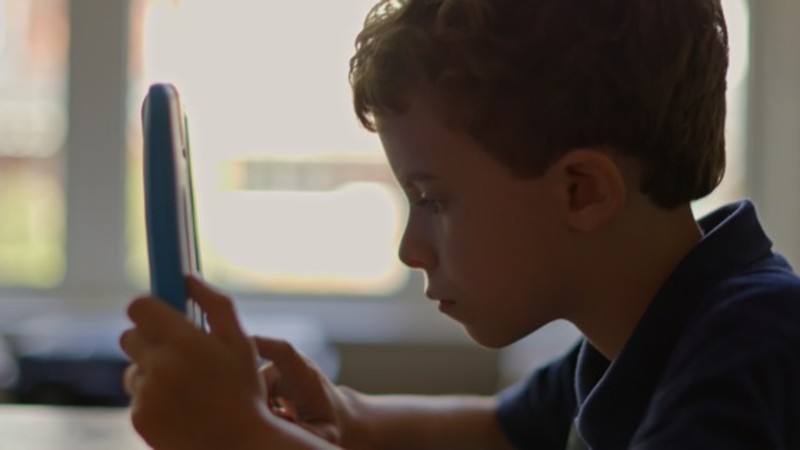 Another key similarity is that there is no end to how long this can last – there are no stoppage cues, no finality to remind us to step back and engage with the real world. One can never hope for satisfaction in such an environment, and Nir Eyal, one of the most interesting talking heads, offers sage advice: ‘I will never interact with experiences that have no end in sight’.

In the documentary’s closing moments, Jon Hyatt offers advice of his own, urging us to think twice about picking up our devices. But as motivational and well-informed as the film may be, old habits die hard – especially digital ones. That drip-feed stimulation is just too easy. Yet, since watching it, I can sometimes feel the documentary’s presence when I listlessly gawp at my screen; I can hear the probing soundbites telling me it’s a big fat waste of time.

For better or worse, social media’s not going anywhere. I just hope that Screened Out, which is both skilfully made and a force for good, reaches those it will benefit most.

Screened Out in available on VoD from Monday, June 1st. On Netflix in September.