"Dirty gem"
Female directors search for meaning in the highly subjective world of the seventh art, in Mark Cousins's 14-hour masterclass in filmmaking - on BFI Player in five weekly instalments, starting May 18th

These are the words spoken by actress Tilda Swinton in the introduction voice-over: “Most films have been directed by men; most of the so-called movie classics were directed by men. But for 13 decades and on all six continents, thousands of women have been directing films. too. Some of the best films. What movies did they make? What techniques did they use? What can we learn about cinema from them? Lets look at film again through the eyes of the world’s women directors. Lets go on a new road movie through cinema”. Mark Cousins’ Women Make Film: A New Road Movie is a follow-up to his earlier work, The Story of Film: An Odyssey (2011). Once again, he explores how movies are made, but this time through hundreds of clips from films directed by women.

The world is a place of exclusion and inequality, and Mark Cousins’s important, one might say necessary road movie is an effort to right the wrong of so many voices ignored through exclusion and inequality in film. But this is not a film with any agenda other than to acknowledge and recognise their contribution to what is a communal and collaborative art form. Cousins in a video essay included on the Blu-ray, frames his intent to not see them as victims. Yet that doesn’t mean we shouldn’t feel anger or frustration, because speaking with the director, he says, “It’s not to plead a special case for women directors; it’s just to be enraged at their lack of level playing field, their sequestration”

It’s a shared human want to have someone to listen to us. Most people want to be heard and understood, and a work of art is no different. When I interviewed director Terence Davies about his Emily Dickinson biopic, A Quiet Passio (2016), he observed, “She obviously needed to express herself deeply in poetry like everyone else who works in any kind of art form. You want a response, you need a response and if there is no response or a response is indifferent, where do you find the courage to go on?”

Thinking back on these words now, Women Make Film is important and necessary because it is the act of listening. It transcends fixed critical terminology for rating the effectiveness of a film. The 14-hour-long documentary is simultaneously an enthralling road movie and a vital resource of knowledge, that will speak to those people who appreciate a thoughtful awareness of cinema. 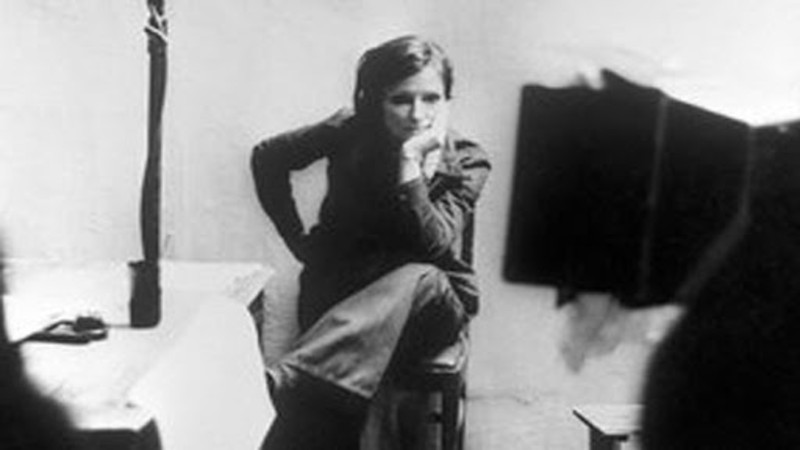 One of our common misconceptions is that wisdom comes with age – it does not, it comes with life experiences. Cousins’ latest work, and his A Story of Film: An Odyssey, wrap themselves around this idea, because a lack of awareness is a lack of wisdom, and cinema is a language understood not simply by a numerical count. What you see and how you critique, and by this I mean to thoughtfully understand, is what cultivates a genuine wisdom, and Cousins’ contributions are invaluable in offering a hand to guide us.

David Mamet said, “The main question in drama, the way I was taught, is always, ‘What does the protagonist want?’ That’s what drama is. It comes down to that. It’s not about theme, it’s not about ideas, it’s not about setting, but what the protagonist wants.” Cousins structures this around a series of “how to” questions, the film broken down into 40 chapters that begins with Openings and ends on Song and Dance. In between are chapters discussing: believability, framing, tracking, dream and bodies. The choice of structure taps into film and storytelling as a process of answering questions, but more importantly, he builds the structure around themes and ideas, yet also how the filmmaker achieves what it is they want. Positioning the filmmaker as a protagonist, the result of the drama, the focus on themes and ideas are what these women filmmakers want, as much as what their characters want.

The passion and interest of the filmmaker shines through in Women Make Film. It lacks the authoritative bravado that can cripple academia – the brashness by some academics and scholars to forcefully state what a film means, as opposed to suggest a reading or a flexible point of view – a possibility of interpretation. Cousins possesses a humility towards his craft, and his ideas communicated in the chapter voiceovers by Tilda Swinton, Jane Fonda, Debra Winger, Sharmila Tagore, Kerry Fox, Adjoa Andoh and Thandie Newton, one can almost hear a sound or feeling of questioning self-doubt. This is not authoritative statement, rather it’s a contemplation of cinema through the eyes of women filmmakers, a search for possible meaning within the scope of an art form that is subjective. To understand something greater than any one person or social collective, one needs to have humility, and this is Cousins’ strength, for who cinema seems to open up and bear its soul to him.

Women Make Film: A New Road Movie Through Cinema is on BFI Player in five weekly instalments, starting on May 18th.