"Filthy genius movie"
Viewers are invited to watch a Britain unnervingly unfamiliar, in this ground-breaking anthology of twenty short films from 20 directors - on VoD on Monday, June 1st

This release marks a high point in the British film industry. Coming at a time of great confinement, The Uncertain Kingdom shows a gorgeous collation of stories interweaving as one collective voice. If this is the post-Covid future that awaits us, it’s one that we’ll humbly accept with great appreciation. More than that, it’s the essence of what made cinema so dazzlingly exciting for audiences 100 years ago.

Just as the pandemic has exposed Britain to some uncomfortable home truths, so too does this series explore a Britain more forceful than boastful. There’s Motherland, a startling look at a Jamaica exploited by Her Majesty’s country. There’s Camelot, a Welsh adaptation of the Arthurian tale in a style more regional than regal. And then there’s Acre Fall Between, detailing a Northern Ireland that still remains a pointless component of the British Empire. Each has a different director steering their vision of the UK to the viewers.

It is comparable to 2006’s Paris, Je T’aime (also by various directors), but this has more artistic vitality. While the French compendium attracted stalwarts Joel Coen and Alfonso Cuarón to its board, The Uncertain Kingdom is a purer look at a country fading into its own abyss. Each vignette works to its own singular vision, piecing a tapestry that folds into one devastatingly complete picture. It’s the sound of a million voices projected on the moving screen. 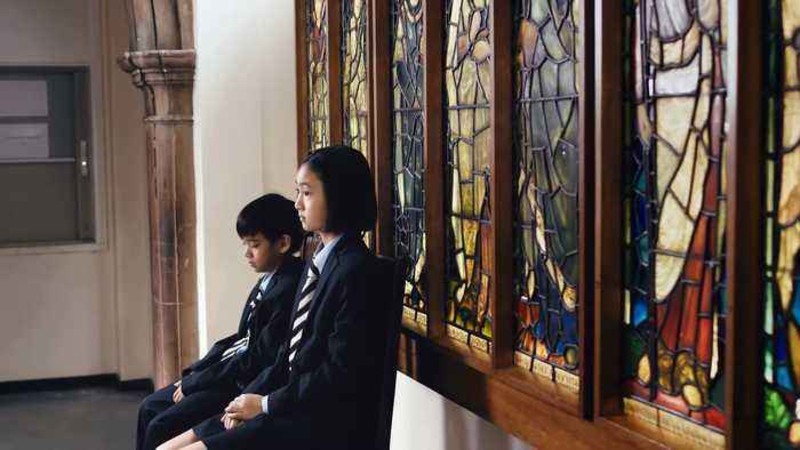 Lively and controversial, the film enters into conflicted terrains with devastating effect. Ernie, an exhilarating intellectual escapade, warns viewers about the dangers of everyday right wing politics. Strong Is Better Than Angry, a tribute to the indomitable female spirit, boasts a dazzling boxing montage, each punch mightier than the previous one. British People, meanwhile, explores the disputes a British Chinese family have as they discuss their minority status in the eyes of the Tories. The films create this sense of weight and depth in the way they present themselves, capturing a Britain that aims for vitality at a time when it has little of it.

Released over two volumes, the four-hour set wholeheartedly supports those disenfranchised by the Kingdom’s tactics. Jason Wingard’s Pavement revels in this paradigm, supporting the misadventures of a homeless man mocked by the wealthy workers who walk into their bank. It’s one of two cosmic horror entries, the other being the probing Death Meets Isolette. Death enters into both entries, channelling a world more respectful that the one we and our characters share.

It’s consistently brilliant from one short to the next. More than that, it wholeheartedly revels as the very thing the Marvel Cinematic Universe wishes it could be: it’s magical.

The Uncertain Kingdom is out on VoD on Monday, June 1st.