"Greasy movie"
Sadistic elites gather at a remote location in order to hunt down hapless plebs for fun, in this twisted satire of modern-day US  - in cinemas Wednesday, March 11th.

After six months’ postponement, The Hunt has finally made it to theatres. The violent satire – which centres around a group of ‘liberal elites’ kidnapping and hunting conservatives for sport – had been set for a September 27 release before the political landscape turned against it. On August 4, mass shootings in El Paso and Dayton raised doubts about the film’s timing, but these concerns were somewhat eased when test audiences didn’t connect the two.

Days later, however, Universal shelved the project when the script was picked up by Fox News, whose crass pundits branded it ‘sick’, ‘demented’ and ‘evil’. Even Donald Trump got wind of it, tweeting: “Liberal Hollywood is Racist at the highest level… the movie coming out is made in order to inflame and cause chaos.”

It would be unreasonable to expect a nuanced, insightful film review from Fox News, but despite his penchant for Jean-Claude Van Damme movies, Trump could’ve done so much better in his appraisal, just look at his review of Citizen Kane (Orson Welles, 1941). The truth is that The Hunt doesn’t have an ideology or agenda; like all good satire, it mocks both ends of spectrum – the elites and the deplorables.

Nick Cuse and Damon Lindelof’s script wastes no time establishing its political themes, lexicon and slapstick viscera – among mentions of ‘snowflakes’, ‘cucks’ and ‘crisis actors’ are brains, limbs and entrails. The deaths come thick and fast, but the characters stick around long enough to serve their purpose as caricatures of US demographics – the mullet sporting Wyoming hick; the tattooed, Gatorade-drinking Florida trash; the hairy conspiracy theorist from some mountain cabin God knows where. 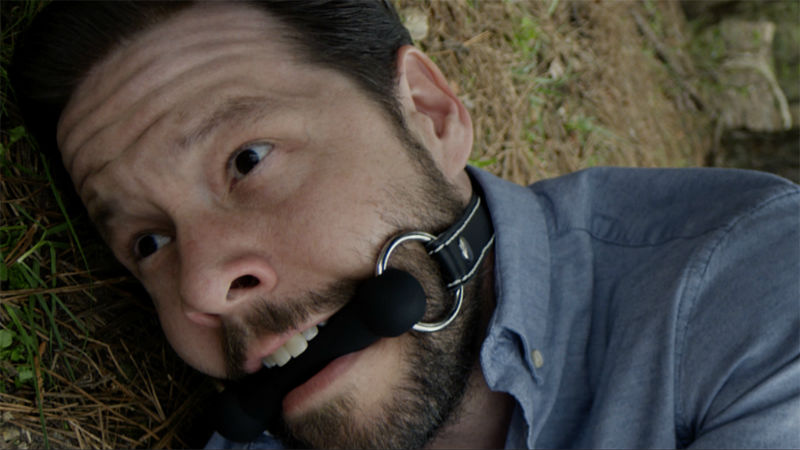 Bucking this trend is Crystal (Betty Gilpin), one of the few to emerge from this bloody tableau. She may be from the red state of Mississippi, but she’s disarmingly neutral in appearance and demeanour. However, her skill in jumping, punching, shooting and killing is anything but neutral. She’s another one of those “badass” John Wick women who’s somehow able to clear a room of armed men with balletic violence in mere seconds. Indeed, all the combat scenes are of that overly choreographed variety that’s high impact yet without credibility and consequence.

Away from the mayhem are the wealthy liberals overseeing this questionable activity, which is dubbed ‘Manorgate’. They too are familiar caricatures – minimalist, pretentious and endlessly bogged down by trigger warnings and microaggressions. The group is led by the steely Athena (Hilary Swank), who’s unlikable yet too underwritten to be loathsome, which she should be. Of course, she also fights like an MMA champion on a bucket of human growth hormone.

The Hunt provokes a few laughs in the characters’ exchanges, making light of America’s political divide. Yet some of the zeitgeisty terminology feels shoehorned and scripted, especially during an impromptu discussion of Orwell’s Animal Farm in the film’s bloody climax. Whether it’s Vietnam, Watergate or Thatcherism, political strife often spawns great art, and it’s no different today. Much will be written about the Trump era’s influence on cinema, but The Hunt’s place in that canon will be a tepid footnote.

The Hunt is in cinemas on Wednesday, March 11th.