"Dirty gem"
Cinema verité doc immerses us into the heartbreak of the refugee experience and the immense resolve of those seeking a better life - in cinemas Friday, January 17th

We first meet the Fazili family in Tajikistan, where they have been rejected for asylum. Hassan and his wife Fatma are both filmmakers on the run from the Taliban, who have a price on his head due to a documentary he made about one of their leaders. Their application to Australia, a thick wad of files numbering hundreds, perhaps thousands of pages, is also unsuccessful. Returning to Afghanistan, they decide that legal means will no longer suffice; they will make the journey to Germany over land.

Filmed over the course of three years with three phone cameras as the family travel through car, train and foot across the perilous Balkan smuggling route, Midnight Traveller is both a testament to the resilience of refugees and the power of filmmaking to effect real change. With narration from mother, father and eldest daughter, Midnight Traveller is a truly communal effort. Featuring personal touches such as Hassan and Fatma arguing about the value of morality in cinema, or discussing with their daughter about whether she wants to wear a headscarf (she doesn’t), the film is a deeply touching experience, making you root for the Fazili family to finally find peace.

There are two montages in Midnight Traveller that aim straight for the heart. One occurs about halfway through the film: a rush of snatched images such as playing in the park, riding in a fairground and rushing through dense thickets, a collection of moments to both hold onto and to overcome. The second, coming near the end is relatively similar, but this time uses memory to project a future of safety and peace. Brief yet effective, they elevate the movie from mere documentation into an embracing work of art, a homage to the idea of home and happiness, brutally rent by the barbaric concept of borders. 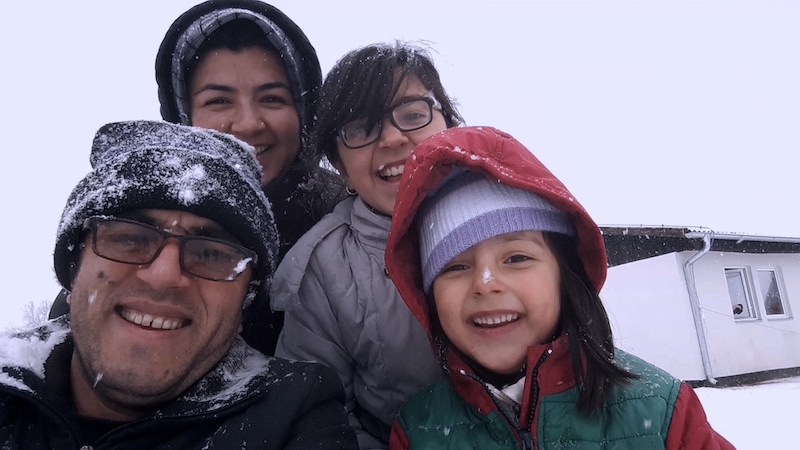 With a fleet 90 minute run-time, it does feel like Midnight Traveller has been neatly packaged as if to be played in front of a court tribunal. The movie could have benefited from a heftier length, as that could really bring to bear just how difficult the journey really is. Despite effective editing, more of the story could’ve and should’ve been told.

Yet perhaps it needed to be made quickly, this film perhaps the only thing that gives the Fazili family a fighting chance of staying in Europe; their filmmaking talent bearing witness to their struggle and the difficulties they have been through. They are the lucky ones. They have money to pay smugglers and the keen sense to document their story to drum up international attention. Others from poorer backgrounds make the journey with less than nothing, relying only on the kindness of strangers in search of a better world.

There can never be too many documentaries about the migrant crisis because every single story deserves to heard. Every single story should play in a continuous loop somewhere until the leaders of Europe, from Russia to Serbia, UK to Germany, Hungary to Turkey, finally sit down together and make constructive efforts to build a better world. I welcome each of these films until this moment occurs.

Midnight Traveller is in cinemas across the UK on Friday, January 17th.